A former contestant on Big Brother’s Spanish edition went on trial today for allegedly sexually assaulting a female contestant on the show as it was being filmed.

The case, which is being heard in Madrid, centres on an alleged sexual assault that took place during the show by Jose Maria López on Carlota Prado, his girlfriend at the time following an alcohol-fuelled party in November 2017, when the alleged victim was in a clear state of drunkenness.

Although footage of the alleged sexual assault never aired, producers of the hit show came under fire for their handling of the incident after they confronted the alleged victim, who like Jose Maria López was 24 at the time, with video evidence of the alleged assault that she was unaware of.

Carlota Prado, a contestant on the 2017 series of the show, was called to the Diary Room and told by The Voice about the alleged sexual assault by fellow contender and boyfriend Jose Maria López.

She had only started dating him after they met in the Big Brother House.

Carlota Prado, a contestant on the 2017 series of the show, was called to the diary room where she was informed by The Voice that she had been allegedly sexually assaulted by co-star Jose Maria López (pictured together)

‘Big Brother’ is a hugely popular reality show featuring contestants locked in a purpose-built house for weeks on end with their every move tracked on camera 24 hours a day. Viewers then vote off the contestants one by one.

The trial had been due to start in February but it was delayed because the alleged victim, Carlota Prado, was struggling with her mental health and did not feel not fit to testify at the time.

Prado has reportedly since withdrawn her accusation against the man, Jose Maria Lopez, who faces a jail term of two years if he is convicted of sexual assault.

Public prosecutors are also asking for a €6,000 (£5,234) fine for Mr Lopez and the Spanish production company that made the reality TV show.

Prosecutors say Mr Lopez took advantage of the fact that Ms Prado was in a ‘state of semi-consciousness’ and ‘continued touching, rubbing and making other clearly sexual movements’ while they were under a duvet.

In footage recorded by the television show, prosecutors said Ms Prado can be heard ‘mumbling “I can’t,”‘ and seen ‘raising her hand twice as if wanting to tell him to stop’.

After about ten minutes, when she pushed the duvet aside, the production crew realised ‘she was unconscious’ and moved to intervene. Mr Lopez was then booted off the show. 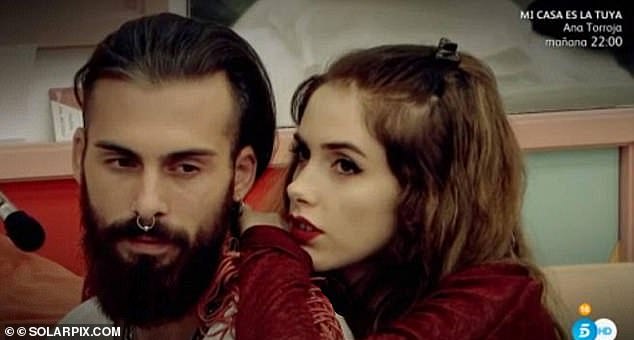 Ms Prado, who had no idea of the events that had unfolded in bed the night before, was later shown a video of Mr López with her

The alleged victim only became aware of the alleged assault when the producers showed her the footage the next morning, causing her to break down.

The story became public two years after the alleged assault, when El Confidencial news website published footage of producers showing her the clips.

Ms Prado, who had no idea of the events that had unfolded in bed the night before, was later shown a video of Mr López with her while she was passed out.

She found the video footage played out on the diary room screen distressing and asked: ‘Please, Super, stop now, please.’

The scene was recorded two years ago by production company Zeppelin and was never aired on TV.

According to digital newspaper El Confidencial, after being shown the footage, Ms Prado was not allowed to go and tell her fellow contestants what had happened but was instead asked to immediately leave the show temporarily.

Ms Prado decided not to ratify the complaint and returned to the Big Brother house five days later.

Footage of the incident was handed to police at the time of the alleged assault. 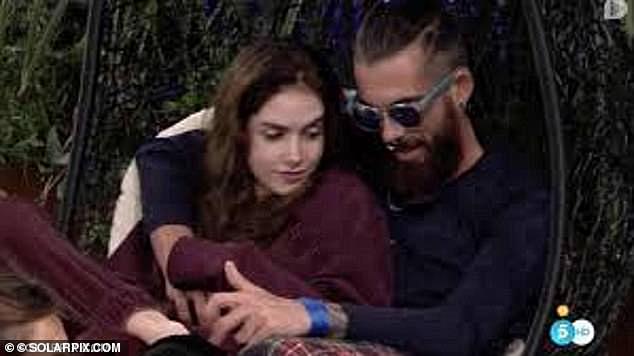 After the clip of producers showing her the clip was revealed, several companies pulled advertising for the Spanish version of the show.

At the time, regional Madrid MP for the left-wing Podemos party Beatriz Gimeno called for the show producers to be investigated.

She said: ‘The producers should be investigated for a failure in their duty to rescue the victim, which is a criminal offence.

‘They were thinking of the show itself. Producers seem to think that if something is on TV it’s not real.

Global producer of Big Brother, Endemol Shine Group, expressed regret over the manner in which Ms Prado found out about the incident.

It said: ‘With hindsight we regret that the conversation where Carlota was informed took place in the diary room environment.’

It added she was provided with psychological support following the alleged assault.

Why Is My Fire Alarm Making A High Pitched Noise?