Brazilian father kills his four children using a pillow and knife ‘to get ‘revenge on their mother, 24, after she left him’

A Brazilian father has killed his four children with a pillow and a knife to allegedly get ‘revenge’ on their mother after she left him.

The bodies of the victims — aged three, six, eight, and 11 — were found in the suspect’s home in Alvorada, southern Brazil, on Tuesday.

He told police he had plied the children with a ‘tea’ to pacify them, before suffocating them with a pillow and stabbing them to death.

David da Silva Lemos, pictured bottom left, stabbed his four children to death on Tuesday, pictured, reportedly to get revenge on their mum, who is not being pictured

The children were found dead in the house with stab wounds in the front and back in Alvorada around 7.30pm on Tuesday, when family members called the police.

He was taken to the police station, where he then exercised his right to remain silent.

The victims’ maternal grandmother believes he killed the youngsters to get ‘revenge’ on their mother, from whom he had recently split.

‘Their relationship had ended for good, but he did it to get to my daughter — I’m sure of it — in the worst way possible. He is a coward.’ 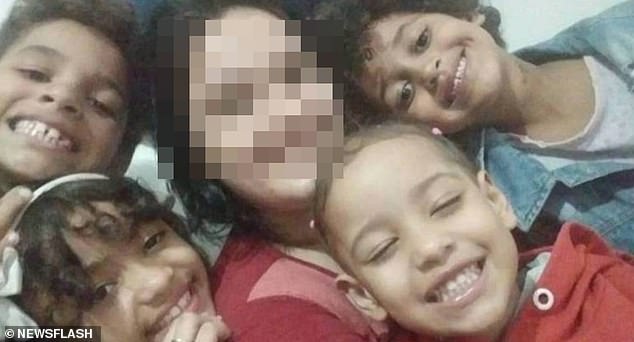 He had been given a restraining order after assaulting his partner leading up to the murders, local media confirmed.

Deputy Edimar Machado, responsible for the investigations, said: ‘We will also try to analyse the cell phone that he was seized with him to see if he had any circumstances on his cell phone with reference to the crime, the threats he was making against the mother of the children, to raise more evidence of his participation in the crime.’ 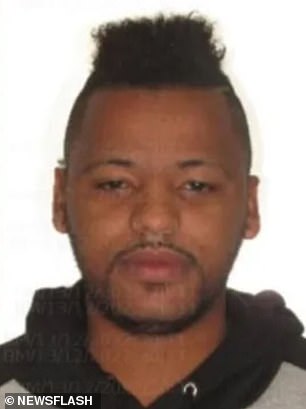 Their father David da Silva Lemos, 28, was arrested on suspicion of having killed the four children in Alvorada, Brazil

Police say the couple had been together for 12 years but separated after Lemos assaulted his partner in September.

The 24-year-old victim had reported the incident to police and taken out a restraining order against him.

Relatives said that at the time of the killings, the children had been staying with their father and had been due to go back to their mother in the coming days.

Police said Lemos had sent his ex-partner threatening messages shortly before the time the killings are believed to have been carried out.

The victims have been named as — from youngest to eldest — Kimberlly, Giovanna, Donavan, and Yasmin Antunes Lemos.