A British Angler is celebrating after reeling in one of the world’s biggest goldfish, at a fishery in France.

The fish is a hybrid species of a leather carp and a koi carp, which are traditionally orange.

Angler Andy Hackett holds ‘The Carrot,’ a huge fish weighing a whopping 67lbs 4ozs, which he caught in Champagne, France 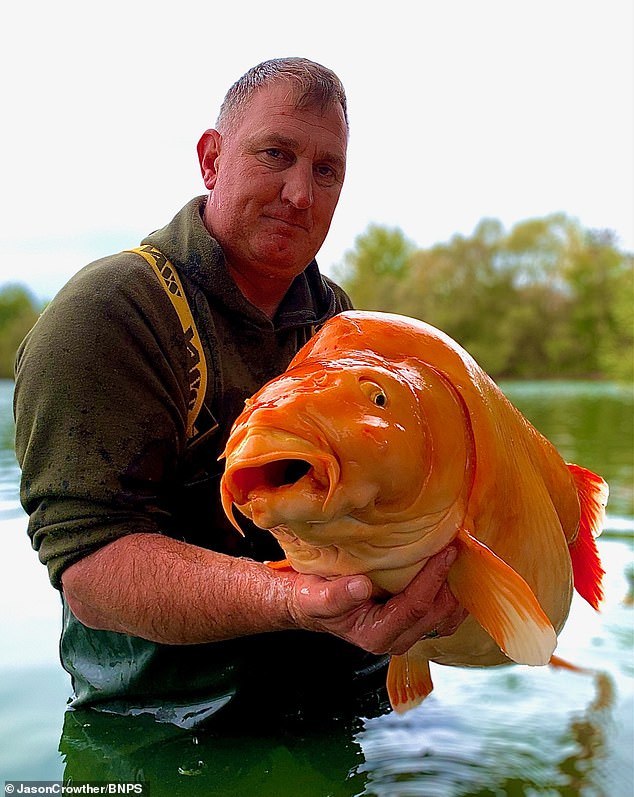 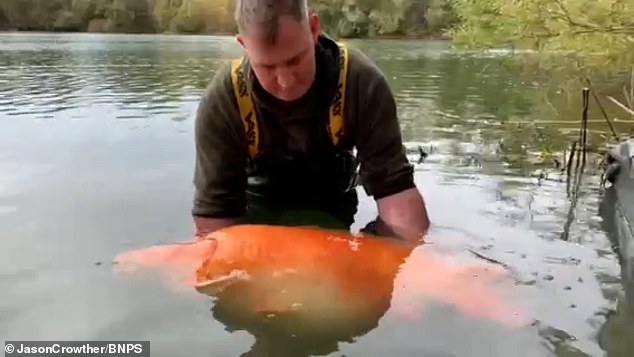 Angler Andy Hackett releases the monster catch back to the waters of the fisher in Champagne, France

The Carrot is believed to be over 20 years old and was put in a lake at a fishery in France run by Brit Jason Cowler when it was young.

But it has proven an elusive fish to catch over the years and is rarely seen out of the water.

Angler Andy Hackett, 42, spent 25 minutes reeling it in and was delighted when it tipped the scales at just under five stones.

It was 30lbs heavier than what was considered to be the world’s biggest goldfish, caught by Jason Fugate in Minnesota, US, in 2019.

And it was more than double the size of a 30lb bright orange koi carp caught by Italian Raphael Biagini in the south of France in 2010.

Mr Hackett, a company director from Kidderminster in Worcestershire, caught his record-breaker at Bluewater Lakes in Champagne, France. 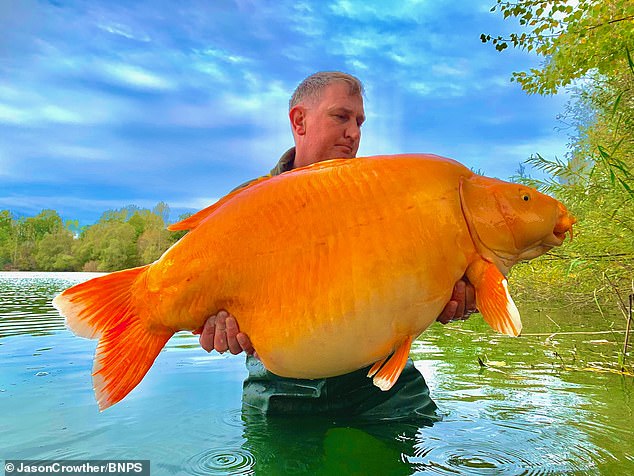 The gigantic orange specimen, aptly nicknamed The Carrot, weighed a whopping 67lbs 4ozs. It was released back to the waters after being caught 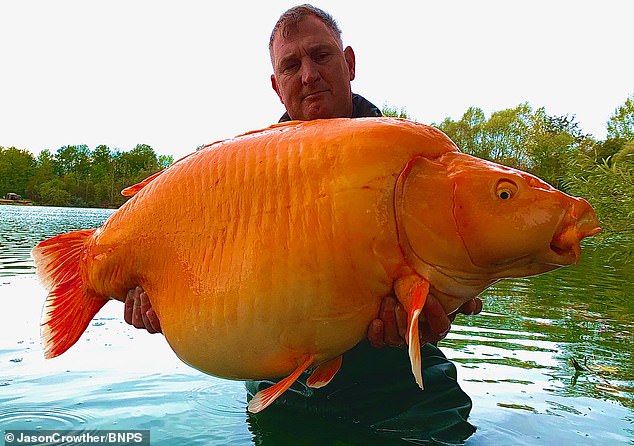 The fish is a hybrid species of a leather carp and a koi carp, which are traditionally orange. It’s believed to be the second largest of its type caught

He said: ‘I always knew The Carrot was in there but never thought I would catch it.

‘I knew it was a big fish when it took my bait and went off side to side and up and down with it. Then it came to the surface 30 or 40 yards out and I saw that it was orange.

‘It was brilliant to catch it but it was also sheer luck.’

The angler posed for a snap with his catch before releasing it safe and well back into the lake. He celebrated with a cup of tea afterwards.

Fishery owner Jason Cowler said: ‘We put The Carrot in about 20 years ago as something different for the customers to fish for. Since then it has grown and grown but it doesn’t often come out. She is very elusive.

‘She is in excellent health and condition. Congratulations to Andy on a great catch.’