The great brawl of China: Footage of brutal 2021 hand-to-hand clash between Beijing and India’s troops emerges as fresh violence breaks out on borders

Video has revealed a brutal clash between Chinese and Indian troops high in the Himalayas last year – after fresh fighting erupted between the two sides last week.

Footage, thought to have originally been released by Beijing state media, was circulating online Wednesday morning showing what appeared to be a group of Indian soldiers smashing their Chinese counterparts with sticks and rocks.

The clash is thought to have taken place in February last year on a mountain pass close to the Holy Water Falls, in an area that lies on the disputed border between the nuclear-armed neighbours.

It re-emerged following a separate brawl that took place in the nearby Tawang area on Friday last week, in which soldiers on both sides are thought to have been hurt.

Footage thought to have been captured in February last year shows Chinese and India troops brawling in the Himalayas, and has re-emerged as news of a new fight spreads

Rajnath Singh, giving an update on the incident to parliament Wednesday, said it started when Chinese troops ‘encroached into Indian territory’ and ‘unilaterally tried to change the status quo’ along the disputed border near the Yangtze River area.

Singh said no Indian soldiers were seriously hurt and troops from both sides withdrew from the area soon afterward. A statement from the Indian army on Monday said troops on both sides suffered minor injuries.

Singh said that local military commanders met Sunday to discuss the dispute and the Indian government spoke to China through diplomatic channels.

Col. Long Shaohua, the spokesperson for the People’s Liberation Army’s Western Theater responsible for the area, said that Chinese border guards organized ‘a routine patrol on the Chinese side of the Line of Actual Control’ but were ‘blocked by the Indian army illegally crossing the line.’

‘We ask the Indian side to strictly control and restrain front-line troops, and work with China to maintain peace and tranquility on the border,’ Long said in a statement posted on his official social media. 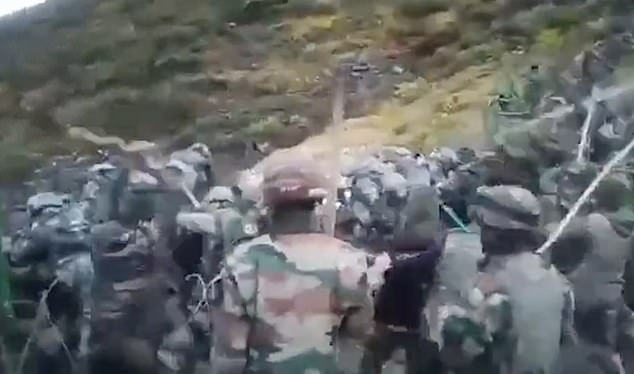 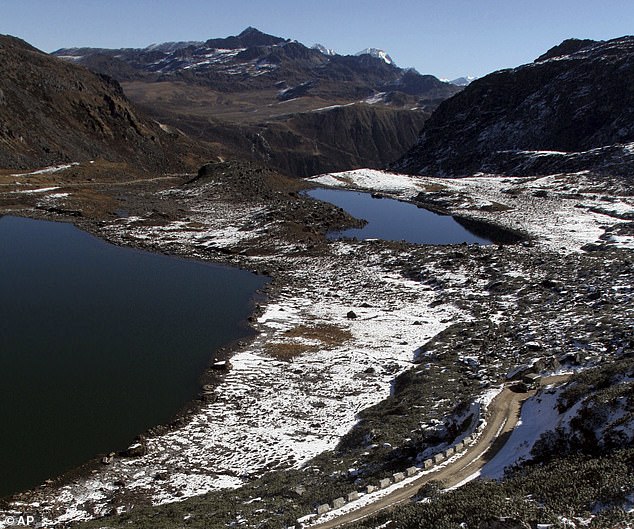 The clash happened in the Tawang region along the Line of Actual Control, the unofficial border between the two states (area, pictured)

At a daily briefing, Chinese Foreign Ministry spokesperson Wang Wenbin said ‘the present situation on the China-India border is peaceful and stable overall.’

For decades, India and China have fiercely contested the Line of Actual Control, a loose demarcation that separates Chinese and Indian held territories from Ladakh in the west to India’s eastern state of Arunachal Pradesh, which China claims in its entirety. India and China fought a war over the border in 1962.

U.S. State Department spokesperson Ned Price said the government was keeping an eye on the clash.

‘We do strongly oppose any unilateral attempts to advance territorial claims by incursions, military or civilian, across the border at the established Line of Actual Control and we encourage India and China to utilize existing bilateral channels to discuss disputed boundaries,’ Price told reporters Tuesday in Washington, D.C.

In recent years, soldiers from both sides have patrolled areas along the disputed border. Opposing soldiers often come into contact and the two Asian giants have accused each other of sending troops into the other’s territory. 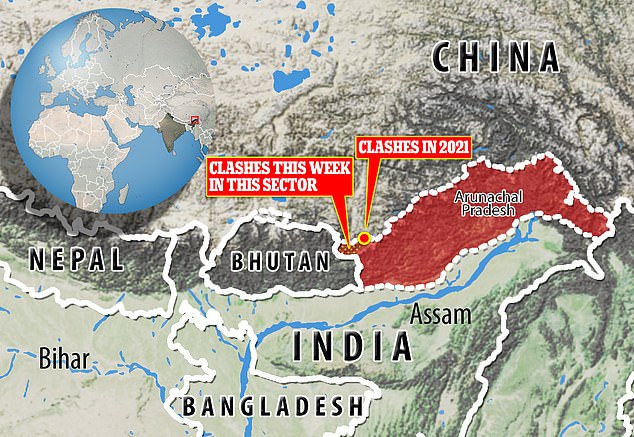 India and China have a long a hotly disputed border that runs high through the Himalayas, with a number of skirmishes taking place there in recent years

In June 2020, a clash in the Karakoram mountains in the Galwan Valley in Ladakh sparked tensions after soldiers fought with stones, fists and clubs. At least 20 Indian and four Chinese soldiers died.

The countries both stationed tens of thousands of troops backed by artillery, tanks and fighter jets along their de facto border.

After multiple meetings between military commanders, some Indian and Chinese soldiers have pulled back from a key friction point in Ladakh, but tensions between the two Asian giants remain.

In November, Indian army chief Manoj Pande said there had been ‘no significant reduction’ in Chinese troop strength in Ladakh. He said the border situation was ‘stable but unpredictable.’