Eight people are crushed when bungling helicopter pilot hovers over children’s party to throw down sweets, causing stadium roof to collapse in Thailand

Eight people, including five children, were injured in Thailand on Saturday when a helicopter flying over a children’s party caused a stadium roof to collapse.

The Thai navy helicopter flew low to scatter flowers and sweets for children celebrating a National Children’s Day event, but downwash from the aircraft flattened marquee tents and caused a steel and canvas stand roof to collapse.

Nareerat Khumkana, 58, was taken to the nearby Prapokklao Hospital with a broken neck and a cut on her head, according to local media. 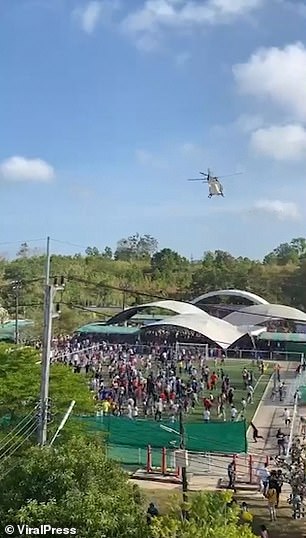 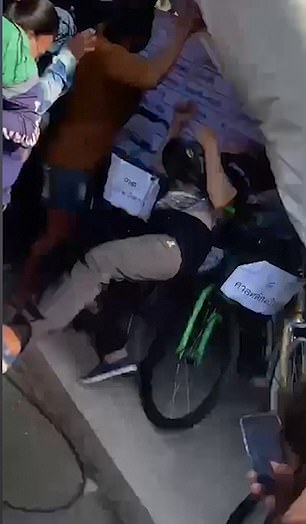 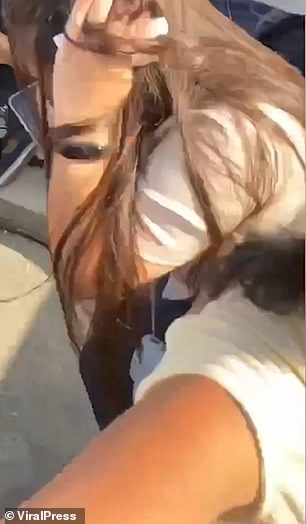 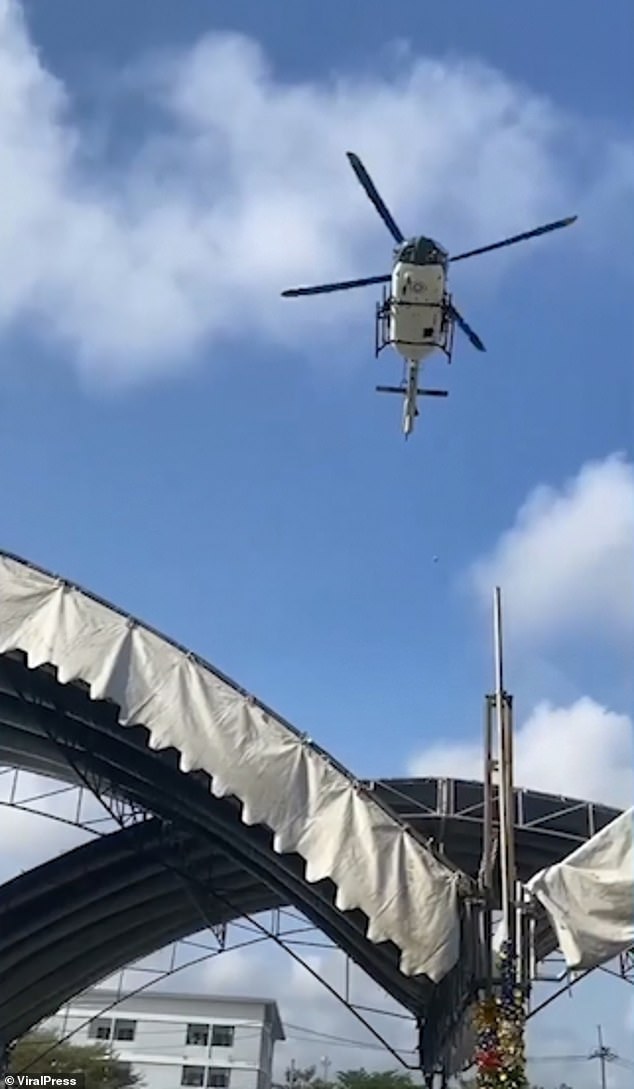 From another angle, small objects can be seen falling from the helicopter above the crowds

The Bangkok Post reported that the local Tha Chang municipal office had asked the navy’s Chanthaburi and Trat Border Defence Command to arrange the flyover.

Tha Chang mayor Tawatchai Chantakit said in an afternoon press conference that the municipality would fully compensate the injured. 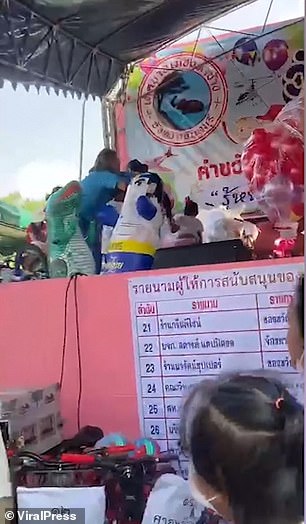 A navy spokesperson extended apologies on behalf of the navy’s commander-in-chief, Admiral Choengchai Chomchoengpaet, who has ordered the distribution of financial and medical aid to the victims.

Tha Chang is a municipality in the Tha Muang district of the Chanthaburi province in eastern Thailand, around 150 miles east of Bangkok and bordering Cambodia.

Two injured adults and five children were taken to hospital but discharged shortly after.

In 2017, a Jas 39 fighter jet crashed during an air show on Children’s Day in Songkhla province, southern Thailand, in a flyover organised by the Royal Thai Air Force.

Squadron Leader Dilokrit Pattavee was killed when the jet he was piloting crashed on a runway during the air show.