Russian medics have performed an extraordinary operation to remove a mortar shell from the back of a soldier.

‘It hurts’, the Russian soldier can be heard saying as the surgery was carried out without general anaesthetic.

The tail of the shell had struck him and became embedded, BAZA media reported. 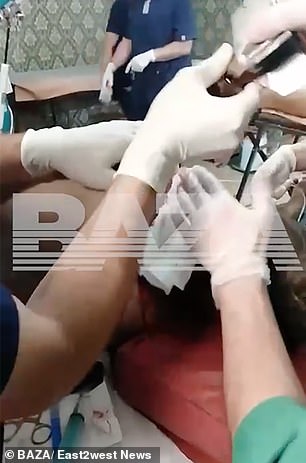 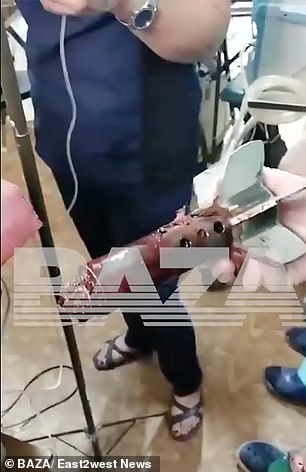 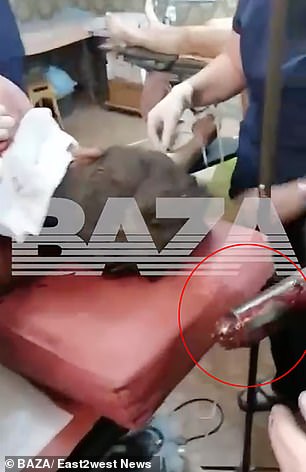 The unnamed soldier – fighting in Vladimir Putin’s illegal war in Ukraine – asked the surgeon not to touch the projectile – ‘because it could explode’.

But the tail did not explode as the surgeons yanked it out with their hands.

A member of the team filming the procedure in a makeshift hospital near the war front line said: ‘Would you please show the shell?’

He held it up for the camera.

‘The shell was taken out, the hole was sewn up, and the patient is now on the mend,’ said the report.

The operation came after another this month in which surgeons donned body armour to the save the life of a Russian soldier who had ended up with a grenade inside him.

Junior Sergeant Nikolay Pasenko, 41, had been hit by a Ukrainian attack and an unexploded ordnance from an automatic grenade launcher became embedded inside him – below his heart. 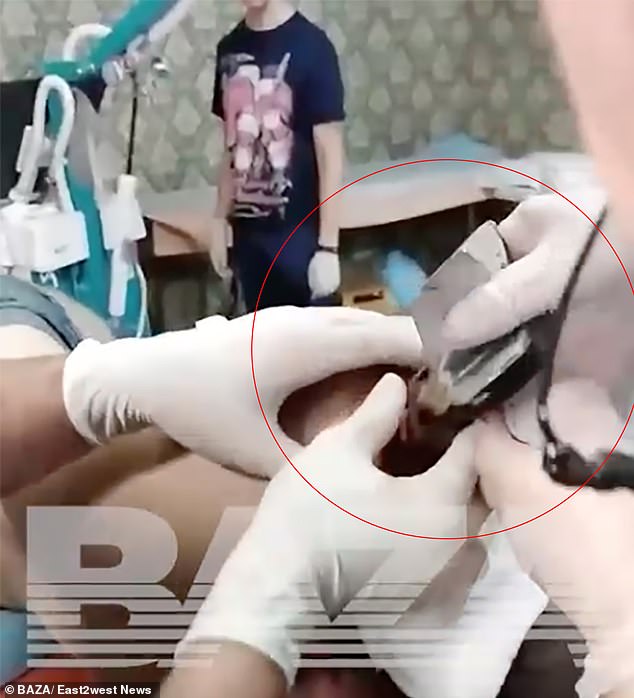 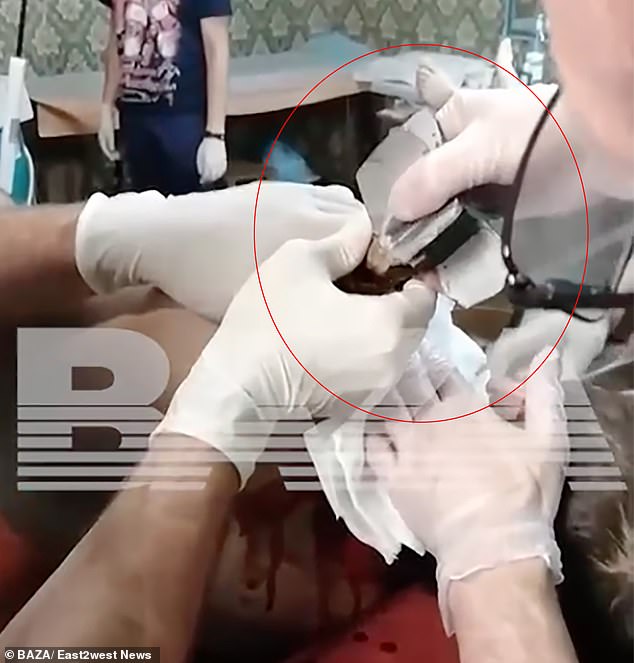 The surgeons twist the shell’s tail to try and remove it from the wounded soldier, who feared it may explode

The ammunition had shattered his ribs, damaged a lung and lodged near his spine between the aorta and the inferior vena cava, the largest vein in the body.

After the lethal explosive showed up on X-rays, the gunner was initially hesitant to have it removed.

‘I was against it. I did not want the doctors to suffer as the munitions could have exploded,’ said Pasenko.

However, the procedure was successful led by military surgeon Lt-Col Dmitry Kim, who ignored the soldier’s warning that he could have detonated on the operating table.