A family whose daughter was raped and murdered in Qatar have written to Gareth Southgate and the England squad to tell her story and ask them to highlight her case when they score in the World Cup.

Grieving mother Alison Patterson, 57, said she would like stars including Harry Kane and Marcus Rashford to spell the first letter of daughter Lauren’s name after a goal.

Her daughter Lauren was teaching at a primary school in the capital Doha when she went missing in October 2013.

Her body was found in the desert after she was raped and murdered by Badr Hashim Khamis Abdallah al-Jabr.

Lauren’s family were told he would face the death sentence but was given a paltry ten-and-a-half year jail sentence and her family offered just £200,000 compensation, which barely covers their legal, travel and accommodation costs so far.

Now mother-of-three Alison has posted 27 letters – one to every England player and one to team manager Southgate.

The retired teaching assistant said: ‘I want all the England players to think about Lauren when they run onto the pitch.

‘If just one of them made an L-shape after scoring a goal or winning a match it would honour Lauren and mean so much.’ 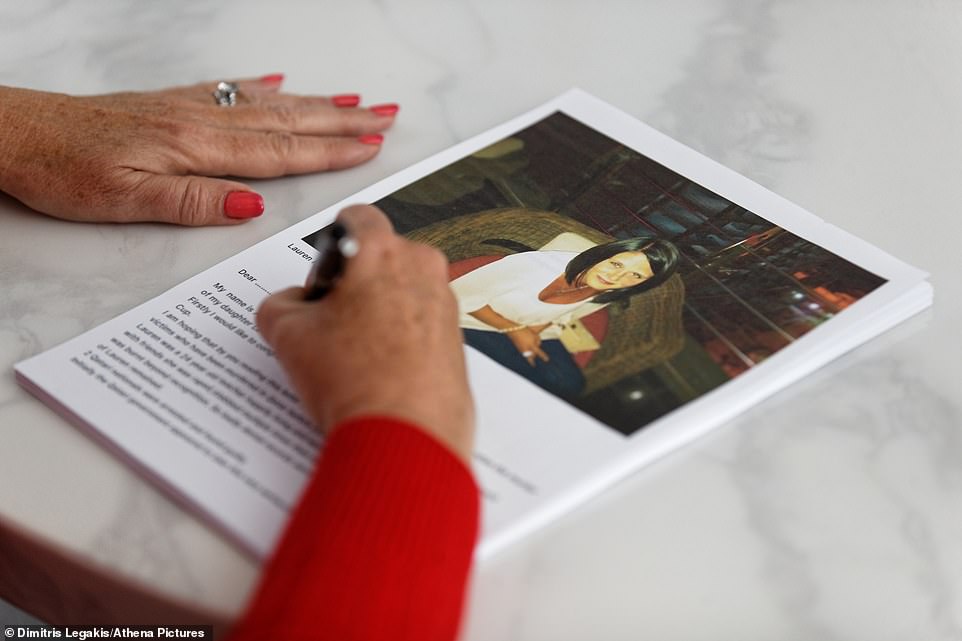 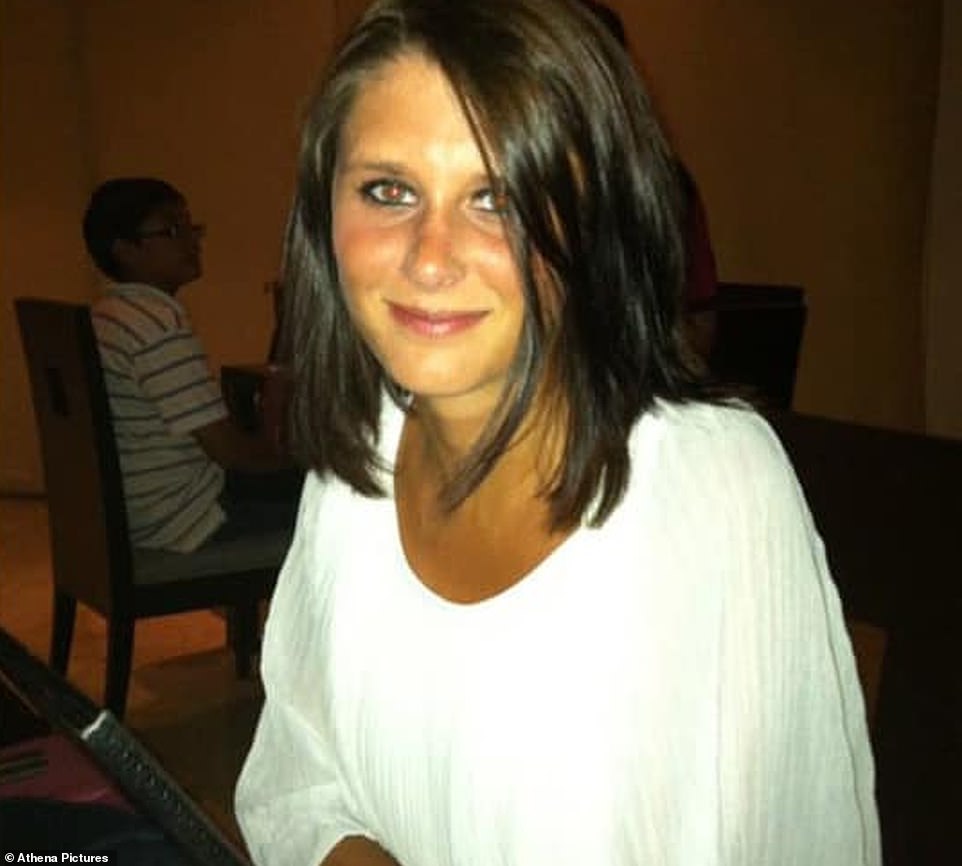 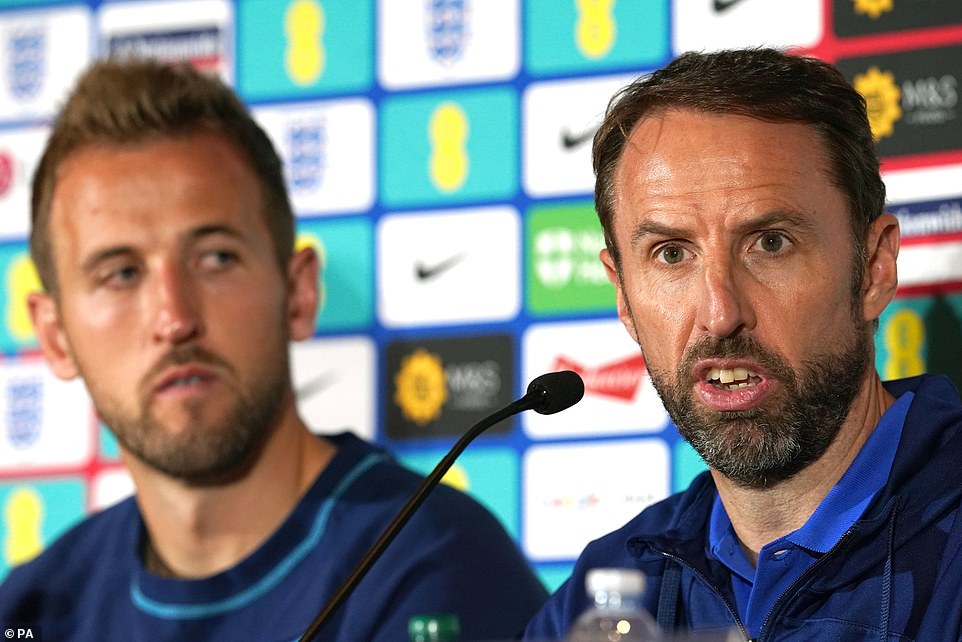 The letter, which includes a photo of Lauren, congratulates players for being selected before explaining how the grieving family has been ‘completely failed’ by the Qatar legal system.

Alison added: ‘He can get a job, get married and have a normal life, all things that he took away from my daughter.

‘We feel we and Lauren have been denied proper justice – Qatar has never fully acknowledged the seriousness of what happened to my daughter.

‘There has been no apology, no recognition of the terrible thing that happened to her and the ordeal we are still going through years later.’

‘The World Cup is an opportunity for Qatar to show to the rest of the world that its society can be trusted.’

Lauren’s family have previously spoken how they were stunned when David Beckham was announced as the face of the 2022 Qatar World Cup and the country for a reported £150million over ten years.

At the time they said it felt like a slap to the face of the family who feel they have been unable to get justice for their daughter.

Alison said at the time: ‘David Beckham is wonderful at what he does for football but he needs to look at the human rights in Qatar. He is being very naïve. 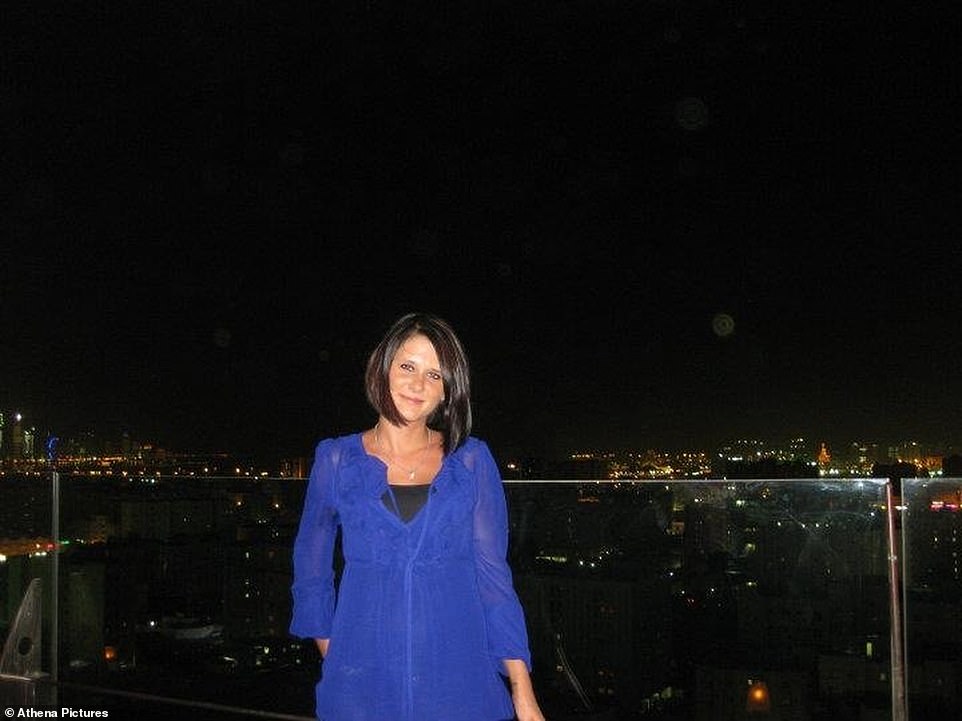 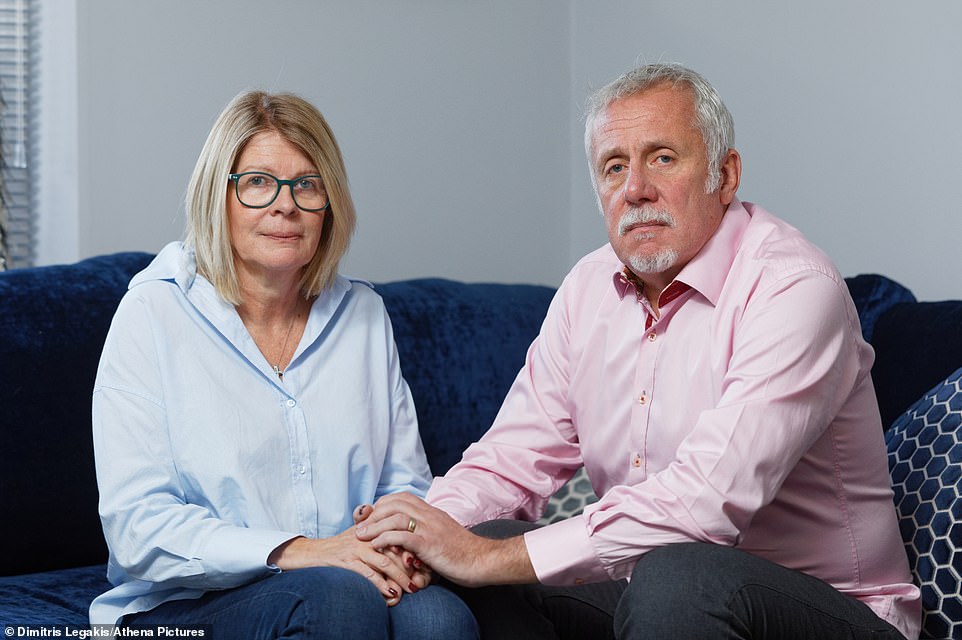 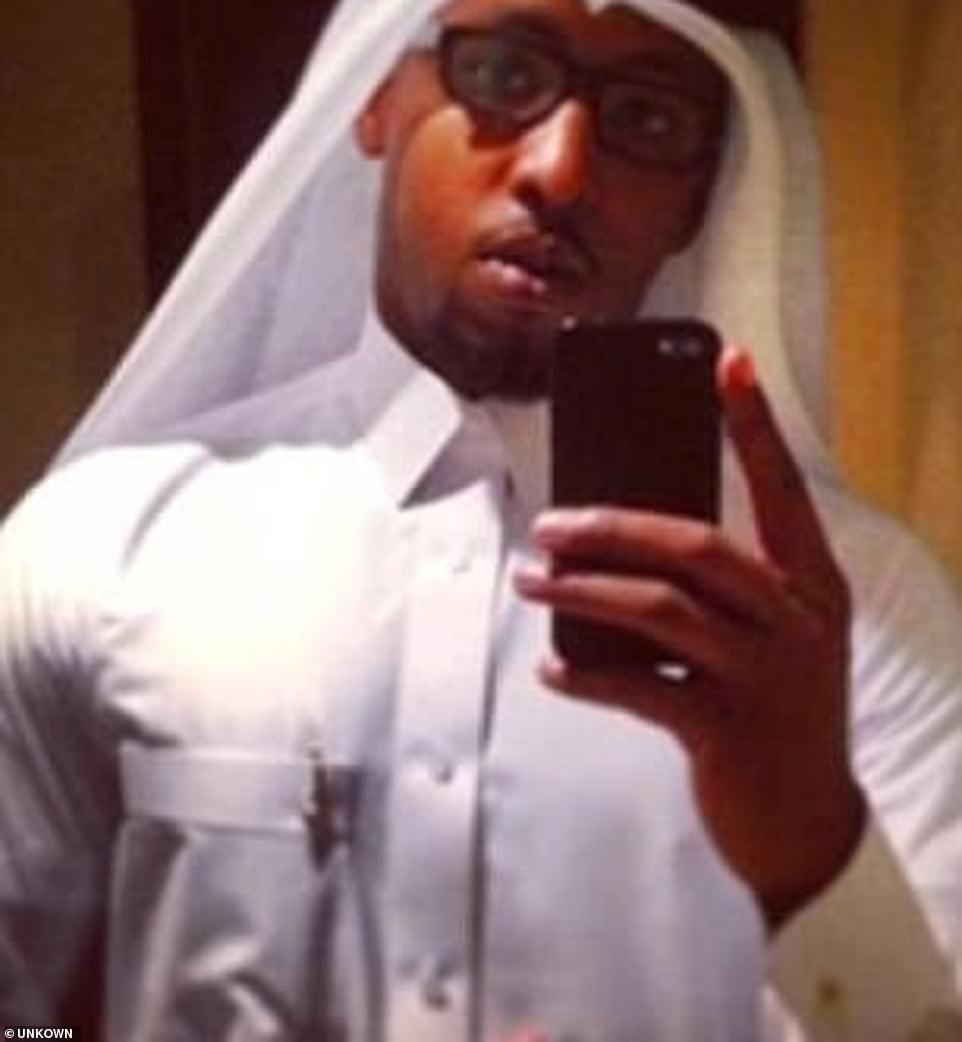 My name is Alison Patterson and I am writing this letter to bring to your attention the murder of my daughter Lauren Patterson in Qatar in October 2013.

Firstly I would like to congratulate you on being chosen to represent England in the World Cup.

I am hoping that by you reading this letter you will think of my daughter and the many other victims who have been murdered in Qatar.

Lauren was a 24 year old teacher happily living and working in Qatar when, on a night out with friends she was raped,stabbed multiple times then taken out into the desert where she was burnt beyond recognition. So badly dental records were needed to identify as only 7kgs of Lauren remained.

Initially the Qatari government appeared to take this very seriously and the death penalty was passed.

Over the last 8 years the process has continually failed Lauren.

One of the murderers was released after a couple of years and the second one eventually only got 10 years.

I have never given up on getting justice for my daughter Lauren.

I have travelled to Qatar over 30 times for court hearings all held in Arabic with no translator on most occasions, being forced to stand at the side of the murderers of my daughter.

This highlights their total insensitivity.

Qatar has a beautiful facade but underneath it is far from beautiful with many other foreigners in their country being murdered all of whom have received little or no justice.

The human rights of workers especially in the construction of the infrastructure for the World Cup has been appalling.

For these reasons I am asking for any gesture you think would be appropriate to question this nations history on human rights or to hi-light my daughters case and the many others would be greatly appreciated.

‘He must have heard about Lauren, he must have seen all the other things that have gone on out there.

‘I don’t understand how he can represent a country that cannot give justice.

‘To be an ambassador for Qatar is like saying to all the people who look up to Beckham that everything is fine out there.

‘I would love more than anything to sit opposite him and ask him: ‘Why are you doing this?’ How can you represent a country like Qatar when there are all these things going on in the background’?

‘Do you think Qatar is a safe place for people to go to?’

When Lauren went missing Alison and her retired bond broker husband Kevin Crotty, 61, flew out to the Middle East where the British Consul informed them the badly burned body of a woman had been found in the desert.

The couple were told identifying the remains would be ‘too traumatic’ and Alison gave police a DNA sample which proved the body was Lauren.

Abdallah al-Jabr, who was with her on the night she vanished, was arrested and her parents were told he would face the death penalty for her murder.

But after being given just 10-and-a-half-years for the murder Alison and Kevin, Lauren’s stepdad, fear al-Jabr could soon be freed.

The couple are continuing to fight for justice for Lauren and say they will never give up.

The pair have visited Qatar more than 30 times over the last eight years and had to stand within touching distance of their daughter’s killer in court.

In March 2014 Jabr was given the death sentence after the public prosecutor described Lauren’s death as ‘heinous and shocking to Qatar society’.

At Jabr’s appeal Alison was asked to opt for ‘retribution, compensation or forgiveness’. When she stood up in court and said: ‘I do not forgive’ the judge stood by the original death sentence.

But in May 2018 the decision was overturned by the Court of Cassation, the highest level of the Qatari judicial system.

The couple have since hand-delivered letters to Tamim bin Hamad Al Thani, the Emir of Qatar, asking him to intervene in the case but never received a response.

Alison said: ‘From the start we took the decision to respect their laws and systems, we didn’t want to rock the boat.

‘At one court hearing I had to stand next to my daughter’s killer as a re-enactment video was played to the court. 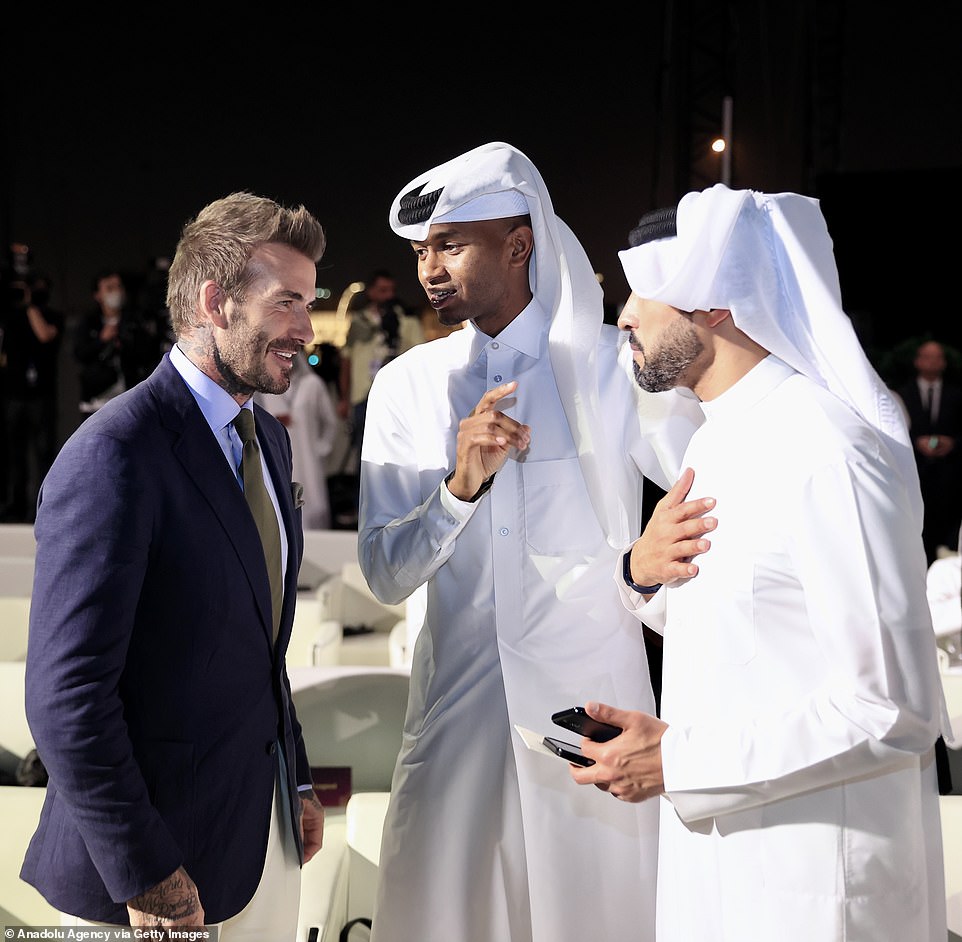 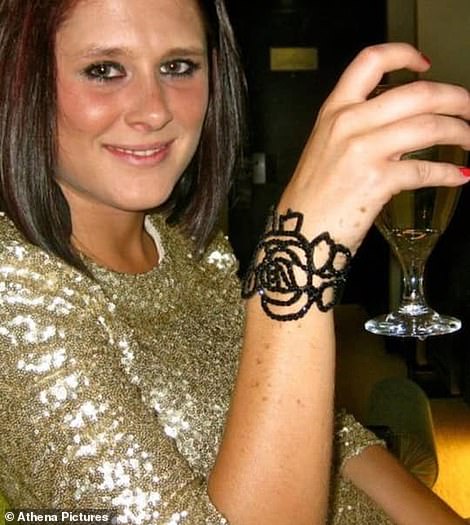 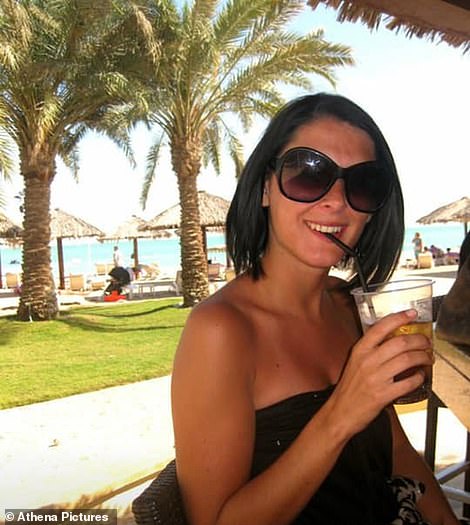 When Lauren went missing Alison and her retired bond broker husband Kevin Crotty, 60, flew out to the Middle East 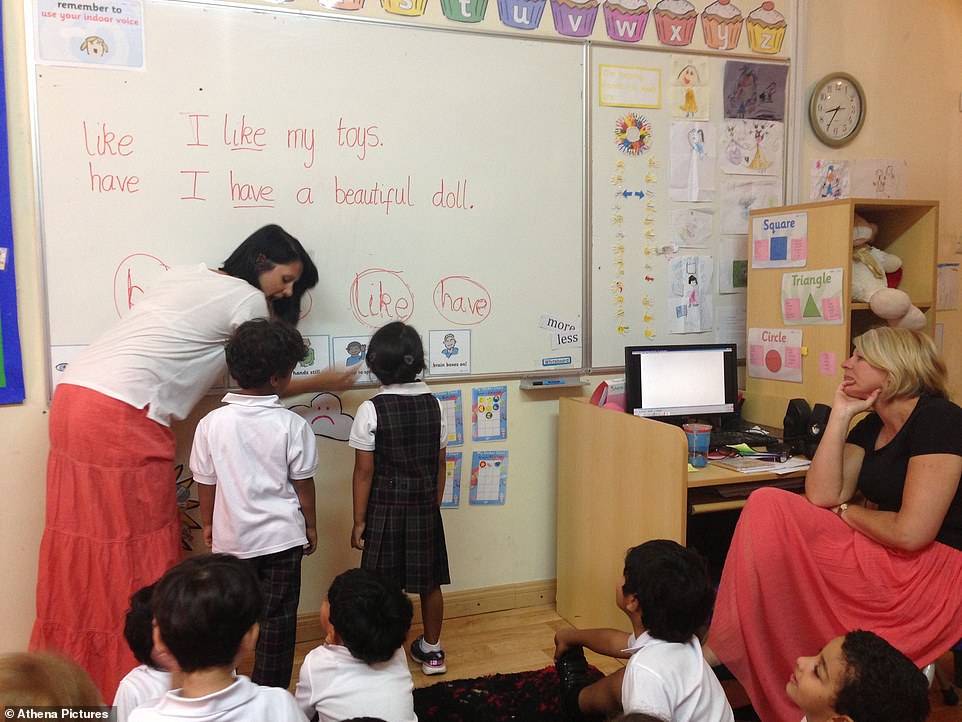 It was a million to one chance that the body of murdered teacher Lauren Patterson was ever found.

Two falconers were training their birds in the desert miles outside Doha, the capital of Qatar, when they failed to return.

They went to investigate and found Lauren’s burned remains with a knife still in her body.

She had been raped and murdered and her body thrown into a crude pit dug into the sand.

Her killer and his accomplice used petrol to set her on fire before fleeing back to the city believing their crime would never be discovered.

Badr Hashim Khamis Abdallah al-Jabr was already a suspect – he was the last person to see 24-year-old Lauren alive and had scratches on his face.

But Qatar police believed in the adage that a killer always returns to the scene of his crime and staked out the desert spot where Lauren was found.

Jabr and his Rayban-wearing accomplice Mohamed Abdallah Hassan Abdul Aziz were arrested when they drove out to the desert to check on their gruesome handiwork.

Lauren’s stepfather Kevin Crotty, 60, said: ‘If those falconers had not gone into the desert that day she would never have been found. It was a million-to-one chance.

‘By that time we had already reported Lauren missing and we had the phone call that all parents dread – a woman’s body had been discovered.’

Kevin and Lauren’s mother Alison had arrived in Qatar hours earlier and asked to be shown what had been found in the desert fire pit.

Lauren was formally identified through Alison’s DNA and within days both suspects were behind bars and facing trial.

From the outset the Alison and Kevin were told their daughter’s killer Jabr was facing the death penalty.

‘I literally had to watch as he did all the things he did to Lauren on a screen and I was so close I could have touched him.

‘It was all in Arabic, I can remember standing there and my legs were like jelly.

‘Kevin wasn’t allowed to hold my hand or stand next to me for support, you’re not allowed to do that over there.’

The couple never wanted Jabr to be executed for the murder but hoped a death sentence would mean he would be locked up for life.

Instead they have been told he could be released in 2023, just months after the World Cup tournament.

Alison said: ‘For what he did and the way he did it he’s not someone who deserves to have his freedom – ever.

‘He’s dangerous man, if you’ve got the mindset to go to those lengths then surely he could do it again.

‘When he is freed he can get married, have children and live his life to the full.

‘Lauren had everything to live for, but she won’t ever experience any of those things. All that’s been taken away.

‘Two of her closest friends are getting married this year – I can’t help but think that could have been Lauren.’

More than £40,000 was raised through an online Justice for Lauren appeal, the couple have downsized their home and taken out loans.

Alison said: ‘On numerous occasions I’ve thought I can’t do this any more, the constant battles, the back and for visits to Qatar.

‘For the last eight years every part of my life has been about trying to get justice for Lauren. It never goes away.

‘It’s still not finished, we still want justice for Lauren. But if I’m honest I don’t think that will ever happen.’

A Qatari official insisted the country was safe and said their thoughts were with Lauren’s family.

They added: ‘Crime prevention, and ensuring the safety and wellbeing of all women in Qatar have always been a top priority.

‘This is reflected in the fact that Qatar has been consistently ranked as one of the world’s safest countries.

‘We remain committed to enforcing protections for women and providing access to justice.

‘Our thoughts are with the victim’s family as they continue to mourn their loss.’