£80 a pint?! Football fans face extortionate ‘drinks deals’ at Qatari hotels during the World Cup (and good luck getting a beer somewhere else)

Football fans heading to Qatar for the World Cup face paying up to £80 per pint as part of extortionate ‘drinks deals’ on offer in the typically teetotal Muslim kingdom.

Champion’s Bar at the Marriott Hotel in Doha, which advertises itself as the city’s ‘best sports bar’, is selling tickets to watch the final for £240 including food and three drinks, meaning each beer or glass of wine costs up to £80.

Meanwhile other hotels in Qatar – one of the few places you are allowed to drink due to strict Sharia laws – are halting or ratcheting up the price of their usual promotions, with supporters facing prices of £11 per pint or more.

Even those hoping to watch games inside World Cup fan zones – where drinking will only be allowed between certain times – face paying upwards of £7 for a beer.

Qatar will become the first Muslim nation to host a World Cup when games begin in two weeks, but the tournament has been mired in controversy from the start.

Allegations of corruption were levelled at Fifa over the decision to award the tournament to Qatar, and claims of migrant worker abuse have dogged the build-up.

At least 6,500 migrant workers have died in Qatar since the World Cup was awarded a decade ago, with experts saying it is likely many were linked to the construction of venues and other infrastructure projects to support the event.

Doha has also faced down allegations that it has used effective slave labour to complete many of the projects.

Coupled to that, the repressive kingdom’s record of opposing human rights – including comments this week by a Qatari official that gay people are mentally ill – has also caused controversy.

Even Sepp Blatter, ex-Fifa boss who stepped down amid a corruption scandal shortly after Qatar was given the World Cup, has admitted it was a ‘mistake’ to pick them. 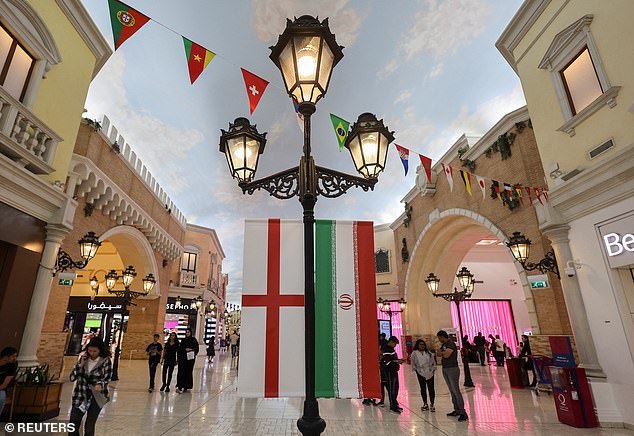 Million of fans are expected to travel to tiny Qatar – with a regular population of just 300,000 – for the tournament, with England playing their first game on November 21 against Iran 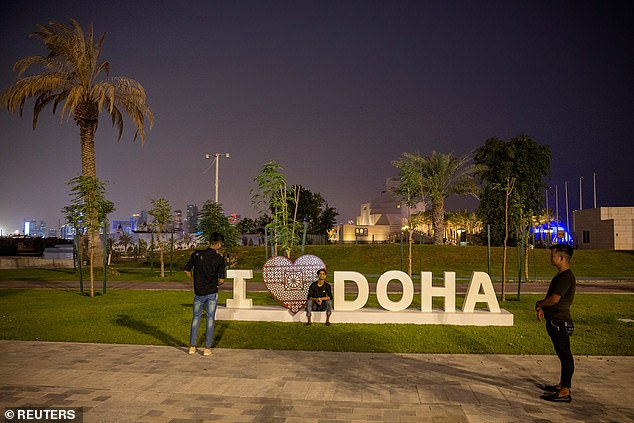 Hotels in Doha are cancelling their regular drinks promotions and upping their prices ahead of the World Cup, which begins on November 20

‘It’s too small a country,’ he told a newspaper in his native Switzerland this week.

End to end, the Qatari peninsula is about 113 miles long – about the same as the distance from London to Bristol – and has a regular population of just 300,000 excluding expats and migrant workers.

That has led to fears that facilities on the peninsula will simply be overwhelmed by the number of sports fans set to arrive, which will likely exceed 1million.

It is those fears which have led some hotels in Qatar – The Four Seasons, Kempinski, and W Hotel – to ramp up the prices of their regular drinks deals.

Four Seasons is putting a stop to its £42 two-hour all-you-can-drink promotion and will ramp up the cost of its bottomless brunches from £130 to £306, The Sun says.

The Kempinski has stopped happy hours when it usually charges £8.40 for a beer, with fans expected to cough up £11 instead. 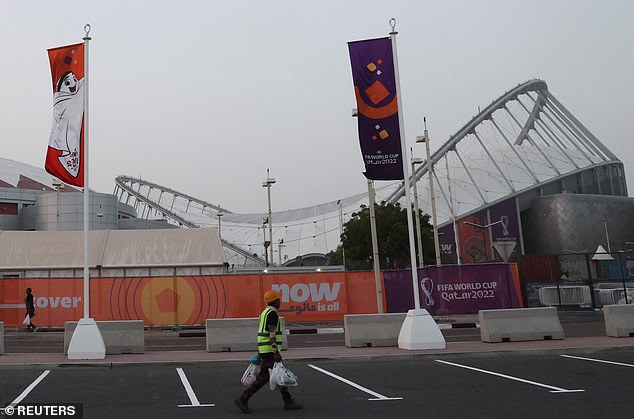 Controversy has dogged the decision to award the World Cup to Qatar, amidst allegations of corruption and human rights abuses

And W Hotel will serve the last of its £108 bottomless brunches on Friday, ahead of the first game of the tournament next weekend.

One Four Seasons worker said: ‘We wouldn’t cope if thousands of fans tried to take advantage of our happy hours so we’ve had to stop them.’

The 2022 World Cup gets underway on November 20 when hosts Qatar taken on Ecuador, with England playing their first game on Monday against Iran.

If England top their group as expected then their next game will be on December 4 in the Round of 16.