A teenage girl and a woman have been killed and two others including a child seriously injured during a gun rampage at a Dutch farm day centre for disabled children near the city of Rotterdam.

Police said that a 38-year-old man has been arrested and the firearm seized following the shootings at the ‘care farm’ in Molensingel, on the outskirts of Alblasserdam, on Friday.

The gunman, named by local media as John S., opened fire at 11am local time at Tro Tardi farm, killing a 34-year-old woman whose horse was in the stables at the farm and a 16-year-old girl.

A 13-year-old boy and a 20-year-old woman were also seriously wounded in the attack and rushed to hospital.

Forensics work on the scene where two people were shot dead and two wounded at a ‘care farm’ for people with mental or social issues, in Alblasserdam on Friday 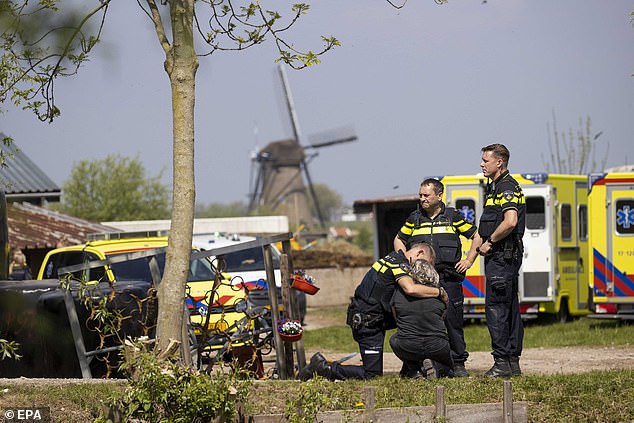 Police in the Netherlands said Friday that two people have been killed and two seriously wounded in a shooting at a countryside home for people with disabilities on a farm near the city of Rotterdam. Pictured: A police officer holds a grieving woman at the scene 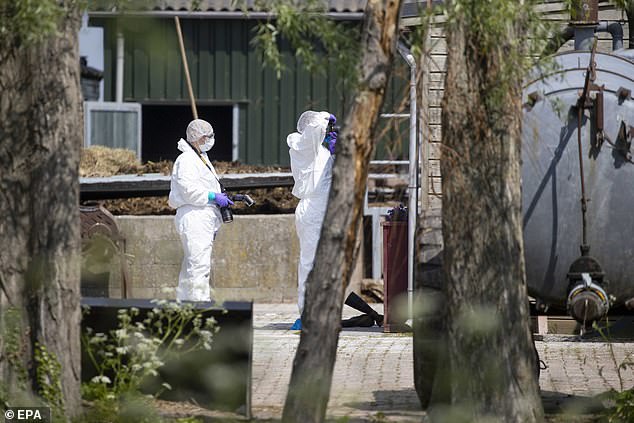 The male suspect has been known to police for several years as ‘confused and a nuisance’ but he has no criminal record, several Dutch media reported. In October 2017, he made a public suicide attempt.

‘The suspect has been arrested and the firearm has been seized. The witnesses are taken care of, help is arranged for them. The investigation is underway,’ Rotterdam police said.

The shooting happened at a farm where children, young people and adults with conditions such as autism and Alzheimer’s work with animals as a form of therapy, broadcaster NOS said.

Two air ambulances had landed at the scene and numerous emergency vehicles were stationed outside the farm. People were urged to stay away from the area.

Zelensky: ‘If everyone was as brave as the UK and Ukraine, this war would be over’