A new father was seemingly shot dead at point blank range by his pet dog while he was packing up after a hunting trip in Turkey.

Ozgur Gevrekoglu, 32, was about to return from a weekend of hunting on the Kizlan Plateau, in the Alacam District of Turkey’s Samsun province, when the tragic incident unfolded yesterday.

Gevrekoglu is thought to have been loading the shotgun into the boot of his car when his dog jumped into the vehicle and its paw depressed the trigger.

The hunter was blasted by his own weapon and was killed almost instantly.

Ozgur Gevrekoglu poses with a dog in an undated photo. He died in Alacam, Samsun, Turkey 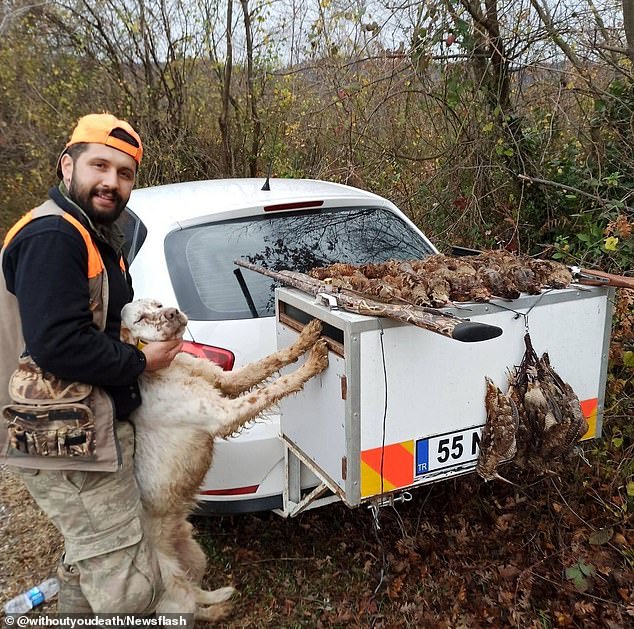 According to Turkish media reports, as the hunter was putting his dog in the boot of the car, the pooch stepped on the trigger of the still-loaded shotgun which was aimed back toward its owner.

Gevrekoglu’s body was first taken to Alacam State Hospital and then transferred to the state capital, Samsun, for a post-mortem examination.

Local media reported that the stricken hunter had become a father just 10 days prior to his tragic death.

Gevrekoglu, an apparent dog lover, posted a series of photos with several different dogs on hunting trips and it is unclear which hound was responsible for his untimely death. 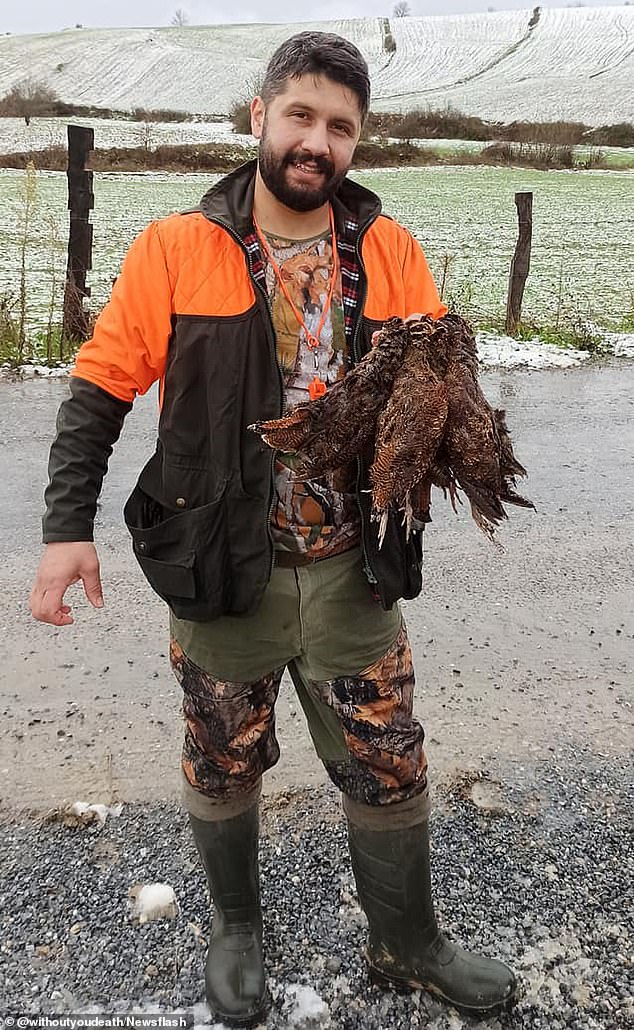 Gevrekoglu, a keen hunter, was reported to have become a dad less than two weeks prior to his death yesterday 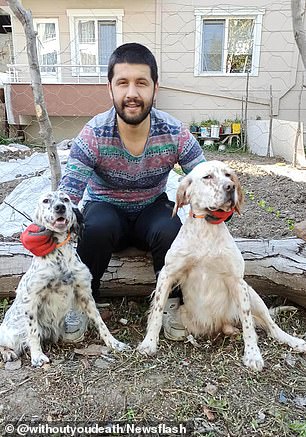 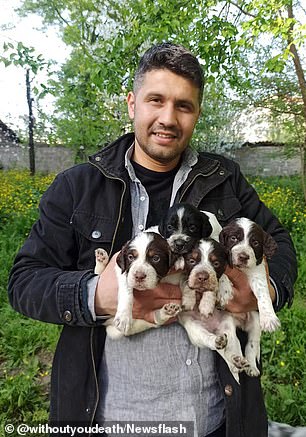 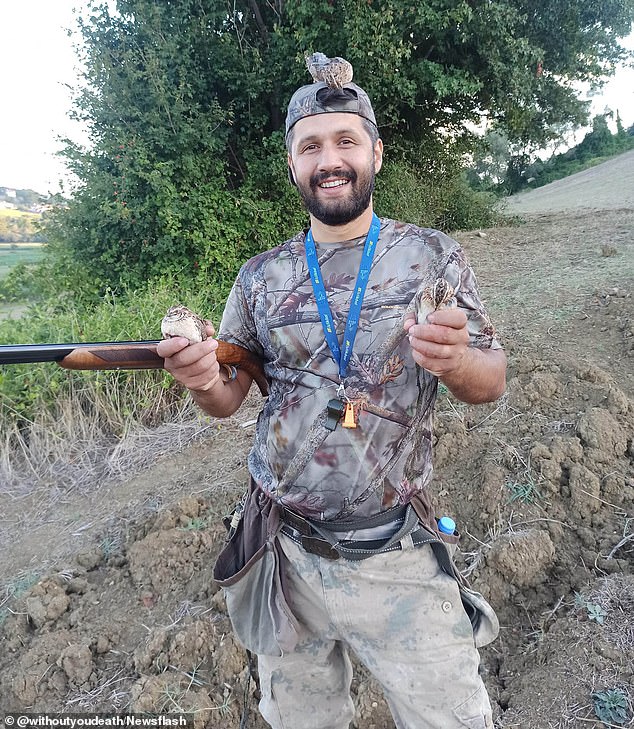 A snap recently posted to social media showed Gevrekoglu grinning widely while holding up a string of dead birds with one hand and petting a dog’s neck with the other.

Police and prosecutors are investigating Gevrekoglu’s death and no foul play is suspected.

But some media reports posited the killer dog claim could be a cover-up for a murder.

At least one news outlet reported that the version of events widely reported in local media seems unlikely and that Ozgur may, in fact, have been the victim of a targeted attack.

The Public Prosecutor’s Office is investigating the case.