Jacinda Ardern admits she’s not a fan of vaccine mandates

Jacinda Ardern has admitted she’s still not a fan of vaccine mandates but had to introduce them into New Zealand to prevent long-term Covid restrictions.

The Kiwi prime minister spoke to 1News about her tenure in charge of the country during the pandemic after she started to lift the mandates earlier this month.

Ms Ardern said she was reluctant to introduce the measures in the past, but ultimately decided to implement them based on health advice.

‘I still don’t [want vaccine mandates]. I did [change my tune]. They weren’t something I wanted us to have to use but I think its easy to forget where we were,’ she said in a lengthy interview with the news network.

Auckland residents endured a series of lockdowns throughout the pandemic, the worst a nearly four-month stint at home from August to December last year.

‘The choice started to become keep people with a blanket of restrictions for a longer period of time or use vaccine passes to enable greater freedoms for people,’ she said.

The NZ PM in the past said vaccine mandates ‘weren’t the Kiwi way’ but expressed how ‘proud’ she was at the number of residents getting the jab. 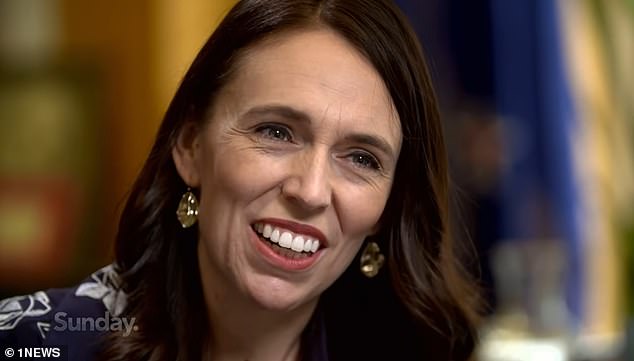 Ms Ardern was reluctantant to introduce the measures in the past, but ultimately decided to implement the rules based on health advice

She also responded to the protests that plagued the country for the better part of the past six months, with Ms Ardern referring to the groups as ‘Trump supporters’ and ‘anti-vaxxers’.

‘Seeing kids that were there was upset me the most,’ she said of the demonstations.

‘The vaccine campaign was around keeping people safe.’

Ms Ardern said in response to a question about Kiwis fearing the health risks of taking the vaccine: ‘If it were able to have every medical treatment with zero side effects, what a world it would be.’ 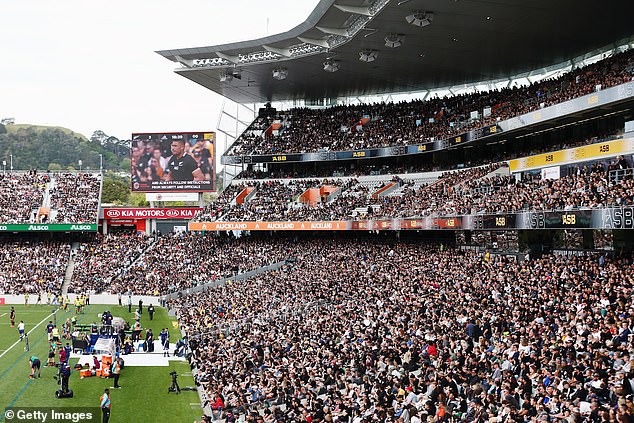 Outdoor gathering limits will be removed along with outdoor masks which will allow large scale sports events to resume (pictured: an Australia v NZ Bledisloe Cup match in 2020)

She announced all restrictions would be gradually removed late last month, with vaccine passes and QR codes shelved last week.

Increasing gathering limits will allow sport, concerts, festivals, and weddings to go ahead as they would before Covid.

Vaccine mandates will also be narrowed to only include health and aged care workers, border workers, and corrections staff.