Jacinda Ardern’s partner has slammed trolls who subjected her to vile abuse during her five-and-a-half years as New Zealand’s prime minister.

Hailed by progressives in NZ and around the globe, she won almost universal praise for her leadership, particularly in the aftermath of the 2019 Christchurch massacre.

But her reputation began to sour among many Kiwis when the Covid pandemic struck in early 2020, as she enforced very strict lockdowns and closed the nation’s borders leaving citizens around the world stranded. 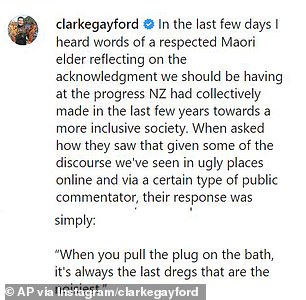 There were constant protests outside parliament in Wellington, which sometimes spilled over into violence, and a huge amount of online abuse and threats.

There were also accusations that when their daughter Neve was born that Ms Ardern had become a ‘part-time PM’.

When she came to power her fiancée was also the subject of false rumours, that he was under police investigation or due to appear in court.

They became so common that in 2018 the New Zealand Police issued a statement saying he ‘is not and has not been the subject of any police inquiry, nor has he been charged in relation to any matter’.

In July 2022, he won a settlement against a New Zealand radio network over remarks made on a podcast that were described as ‘damaging and untrue’.

Mr Gayford, who works in television production, wrote on Wednesday about ‘the discourse we’ve seen in ugly places online and via a certain type of public commentator’.

He quoted a Maori elder in explaining how such people come to prominence.

‘When you pull the plug on the bath, it’s always the last dregs that are the noisiest.’ 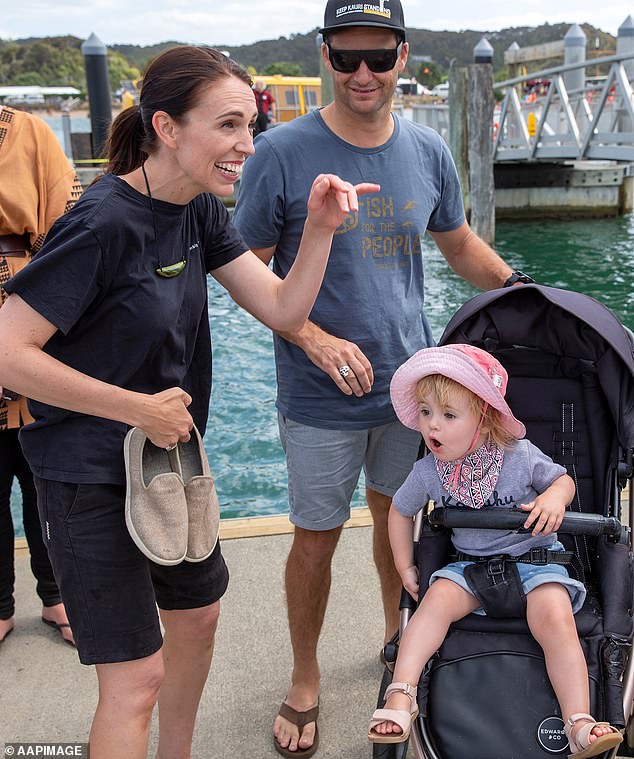 Jacinda Ardern (left) is pictured with her fiancée Clarke Gayford and their daughter Neve. After Neve was born, Ms Ardern was accused of being a ‘part-time PM’

Despite the constant attacks by trolls, Mr Gayford said there had also been ‘the most incredible outpouring of thanks and respect.

This ranged ‘from spontaneous tears of strangers in airports, to correspondence staff talking about unprecedented inboxes full of overwhelmingly positive messages,’ he said.

Mr Gayford also wrote about how Ms Ardern had always tried to understand other people’s views on situations.

‘There is a saying that nothing is harder than having true empathy for others, because empathy requires you to understand life from someone else’s perspective, to suspend your own ego, to walk in different shoes and see through another’s eyes.’ 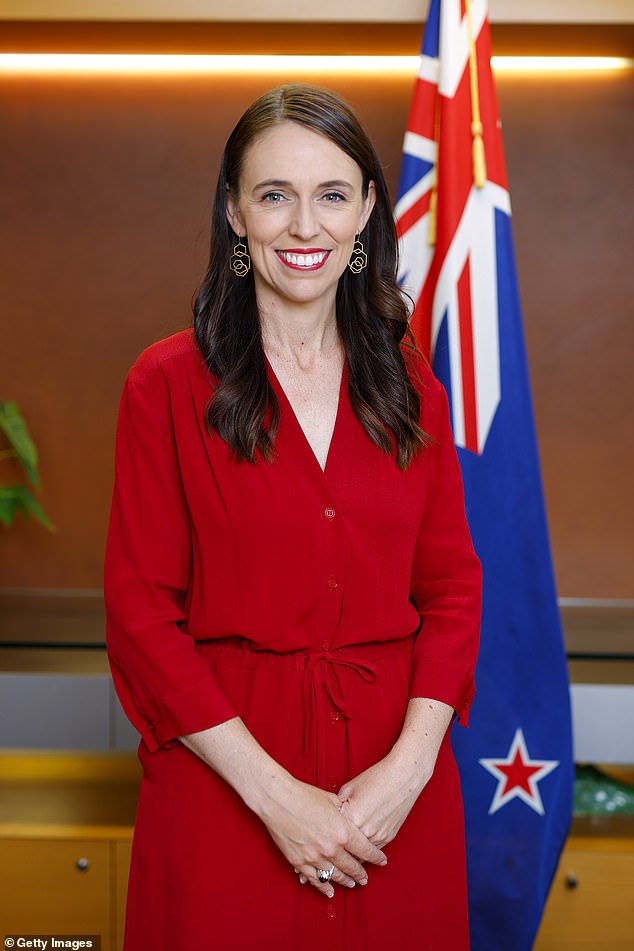 He said some politicians ‘take the sugar hit path of popularity… and avoiding unpopular but necessary decisions.

‘(But) there is a better much tougher way of governing in empathy that plants many quiet trees for us all to enjoy the shade of for lots of good years to come.’

Mr Gayford said he remains ‘in awe, in love, relieved, exhausted and so incredibly proud of Neve’s mum’s superhuman efforts’.

He ended his statement with ‘First Bloke out,’ using the name he had often been jokingly called since Ms Ardern became prime minister in 2017.