Kyiv’s troops could be in Russia-annexed Crimea by CHRISTMAS and Putin’s invasion of Ukraine will be over by spring, one of Zelensky’s top aides claims

Ukrainian forces could be back in Crimea before the new year and Russia’s invasion will be over by spring, a senior Kyiv military official has claimed.

Deputy defence minister Volodymyr Havrylov also said his country will not conduct peace talks with Russia until Putin’s soldiers have exited every inch of Ukraine.

Mr Havrylov told Sky News during a visit to Britain that an unexpected ‘black swan’ event in Moscow, such as the toppling of Putin’s regime, would harden the Ukrainian resolve and quicken the end of the war.

He said: ‘[Russia is] interested in just making a pause in this war to regroup, to bring more people from the motherland. That’s the dream.

‘That’s why… we have no right to stop. We have to advance.

‘We can step in Crimea, for example, by the end of December. Possible, possible. Not excluded that it be so.’

The former major general added that the conflict could be in its final months.

He said: ‘Of course […] the war will take some time. But my feeling is that by the end of the spring, this war will be over.’

Crimea was annexed by Russia eight years ago as part of Putin’s original attempt to snatch large chunks of eastern Ukraine, including the Russian-held Luhansk and Donetsk regions.

A sham referendum in the Black Sea peninsula, which is valued for its naval base, saw ’97 per cent’ of voters favour joining Russia, on a supposed 83 per cent turnout.

When Ukraine voted for independence from Russia in 1991, 92 per cent of voters backed the measure. In Crimea, that figure was 54 per cent ‘Yes’, 37 per cent ‘No’. 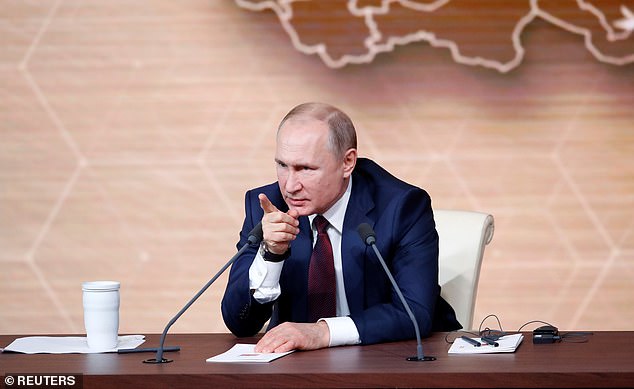 Ukraine’s leaders have been bullish since the retaking of regional capital Kherson two weeks ago.

Minister Havrylov also predicted a ‘black swan’ event like the fall of Putin could quicken Russian forces’ demise and speed up a Ukrainian victory.

He said: ‘I think Russia can face a black swan in their country, inside Russia and it can contribute to the success of us with Crimea.’

Havrylov added that the prospect of a nuclear attack remains unlikely, but added that Kyiv is preparing for all eventualities.

He said: ‘For everybody it will be just – God knows what scenario – but it [a nuclear attack] is not [a] threat which will stop us from continuing our war.

‘There is a decision inside the society in Ukraine that we are going up to the end.’ 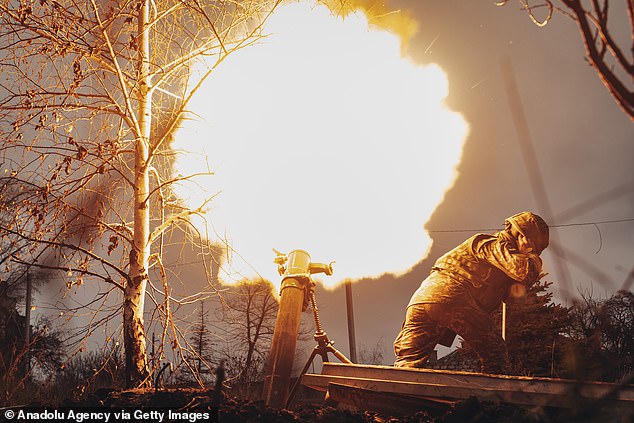