Man rescued after he was found dangling from his apartment window in Shaoguan, China

This is the terrifying moment an 85-year-old man was found dangling upside down from a window above a 150ft drop.

Horrified passers-by spotted the man hanging out of his high-rise apartment window with his foot apparently stuck in a window frame in the city of Shaoguan, Guangdong province in southern China.

While some called emergency services, others let themselves into the flat and tied sheets around his ankle to stop him from falling. 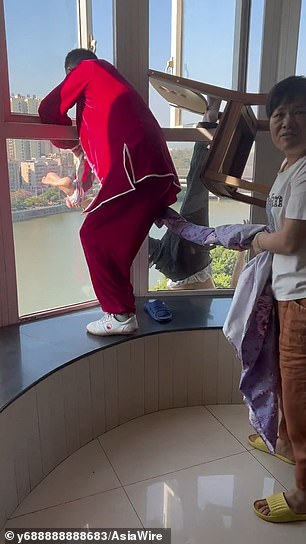 The 85-year-old was spotted dangling by his foot from his high-rise apartment window in Shaoguan, Guangdong province, southern China. Some of the horrified passers-by contacted emergency services

One of the rescuers – who was named as Ms Yang – told local media that she was passing by while shopping for food.

After seeing the old man hanging upside down she immediately contacted the emergency services.

Then she called a young man and a woman from the next building to rush upstairs to rescue him. 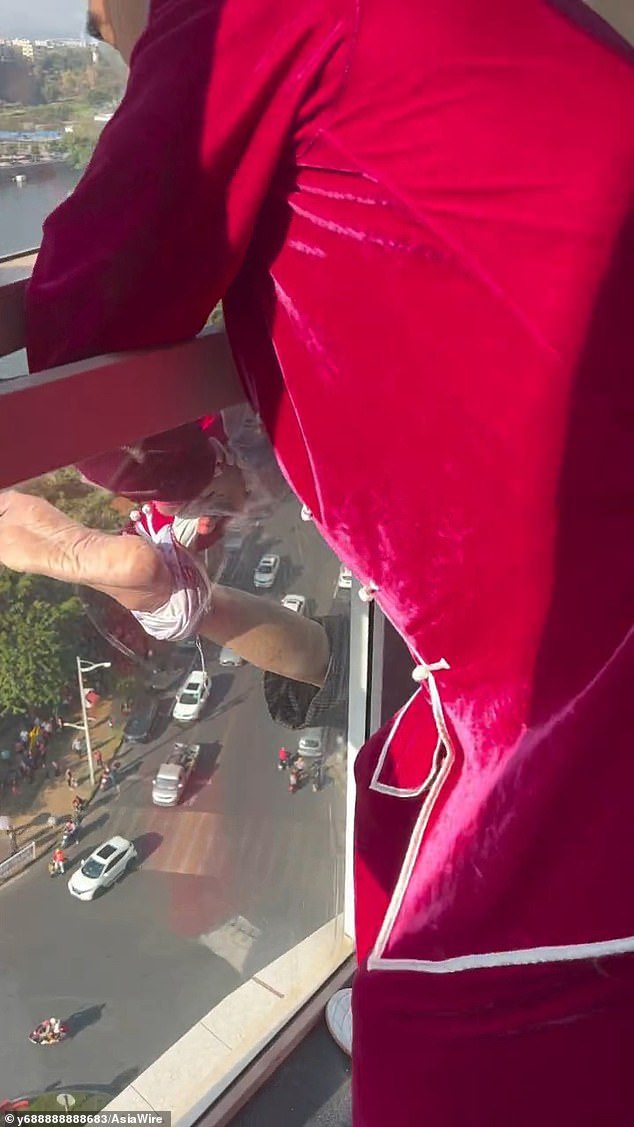 Rescuers let themselves into the flat and tied sheets around his ankle to stop him from falling. One of them, named as Ms Yang, said that he was still conscious when they found him, but noted that he was groaning

Ms Yang recalled that as she was walking towards the shops, she saw the person seemingly hanging from the window of a tall building.

She explained: ‘Because the window opening was very small, we couldn’t pull the old man up.’

According to Ms Yang, the old man was still conscious at the time, but he kept groaning and couldn’t speak. 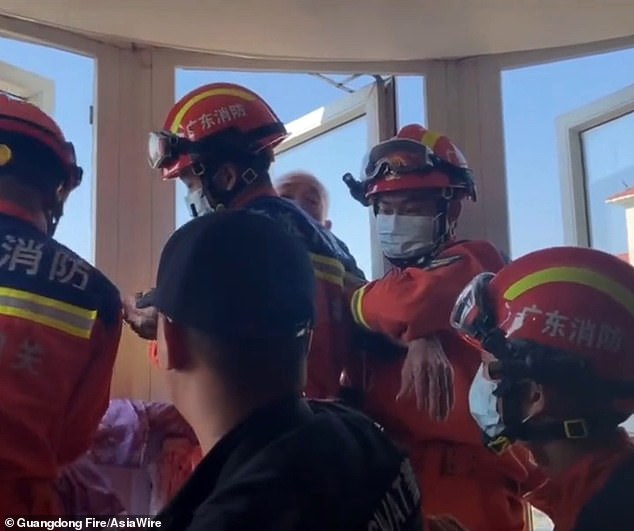 Ms Yang said the window was very small so they could not pull the old man up. After the police and firefighters arrived at the scene, the old man’s daughter also rushed home to thank the rescuers 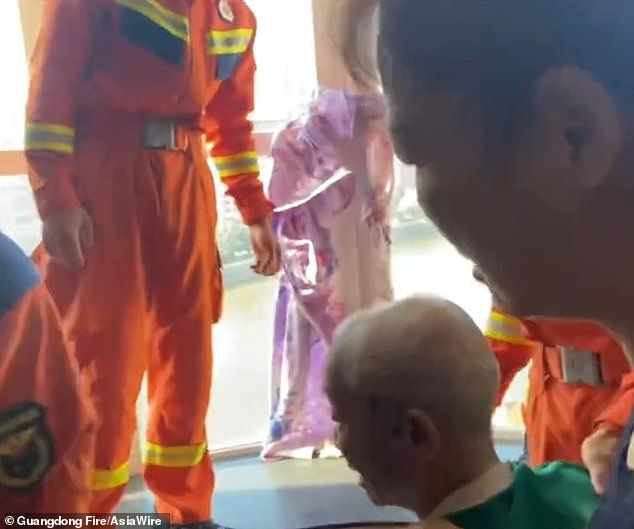 The old man had just undergone brain surgery, according to local media

Ms Yang said: ‘Although it was only a few minutes, I was very nervous, and I was always afraid that the old man would fall.’

The old man had just undergone brain surgery, according to local media.

After the police and firefighters arrived at the scene, his daughter also rushed home to thank the rescuers.