Moment mother-of-two, 38, is killed in New Year celebrations on a Brazilian beach when a firework gets caught in her clothes and explodes

By Lauren Haughey and Natalia Penza For Mailonline

A mother-of-two was killed during New Year’s Eve celebrations after a firework got caught in her clothes before anyone had time to remove it.

Elisangela Tinem, 38, tragically died when a firework exploded on a Brazilian beach amid gatherings, and allegedly some unauthorised firework displays, to mark the start of 2023.

A 24-second clip has emerged showing the moments before the tourist’s death on a beach in Praia Grande, Sao Paulo, which is now being treated as a homicide investigation.

The video shows crowds of people standing in the area watching fireworks in the sky above.

But suddenly the camera pans around to show flashes of light closer to the ground, followed by a loud bang.

A number of people jump away from the explosion while others, including the cameraperson, run away.

Elisangela Tinem, 38, was tragically killed yesterday after a firework exploded on a beach near Praia Grande, Sao Paulo 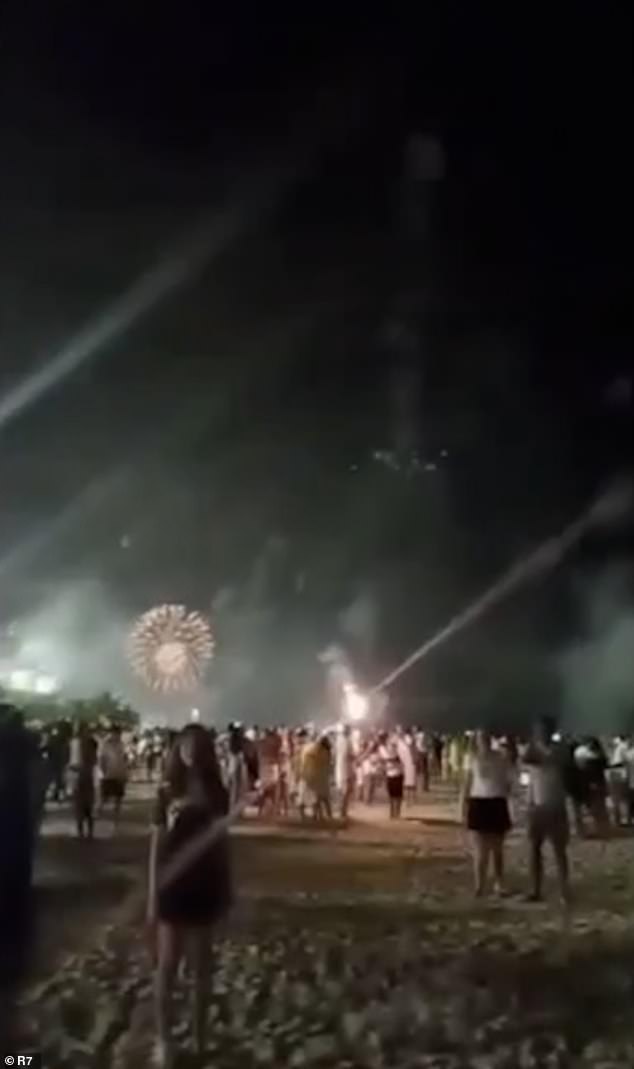 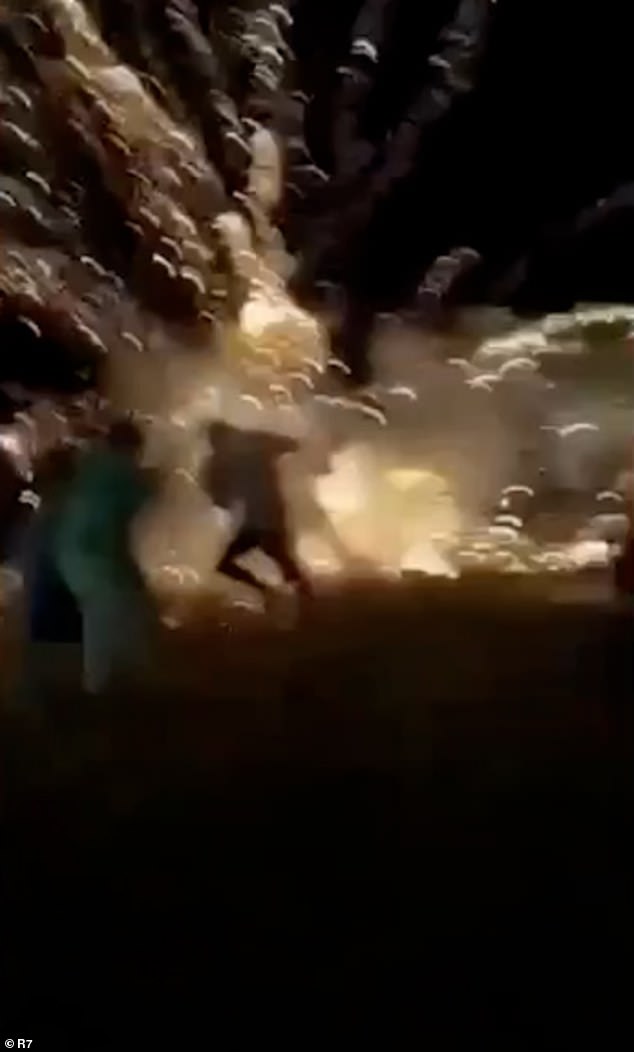 But the camera pans around to show flashes of light closer to the ground, followed by a bang

When the camera pans back, a body appears to be on the ground.

Elisangela’s two children were said to have witnessed their mother’s death and her funeral was due to take place this afternoon in the city of Sao Paulo, where she was from.

Witness Luiza Ferreira, 20, told a local paper that several unauthorised fireworks displays were taking place on the beach and added: ‘I saw a huge flash just as it turned midnight and I was hugging my mum and then everyone started screaming. 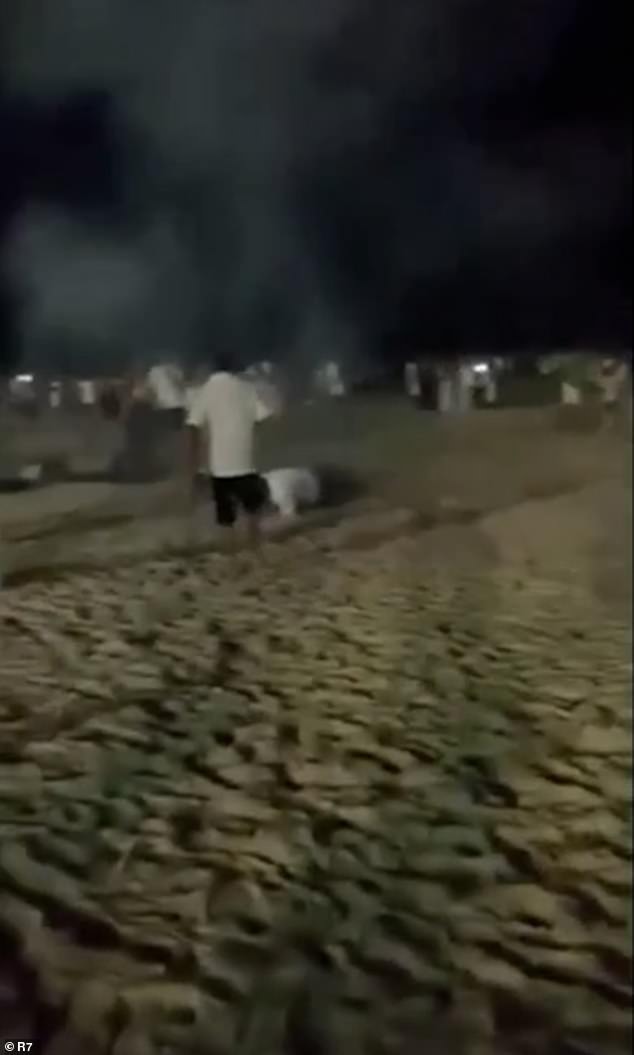 ‘I saw a woman lying on the ground bleeding when I went to look and the boy who was with her was also on the ground.

‘Other people were running to get away from the area.’

A 41-year-old cousin of the victim is understood to have told police the firework exploded after getting caught in her clothes.

It has been confirmed the pyrotechnic device had not been lit by the family and a homicide investigation is now underway that is expected to lead to manslaughter charges if the person who sent the rocket up into the air is located.

A friend wrote on social media: ‘I cannot believe what has happened.

‘My love to all the family. Please God comfort your hearts at this awful time. I am praying for you.’

German law enforcement chase Tesla driver, 45, for 7 miles after the motorist nodded off