Mystery deaths of Russian execs were ‘ALL murders’: Bill Browder

Russian oligarchs are butchering each other in a vicious fight over wealth sparked by Western sanctions crippling the economy, Bill Browder has told MailOnline.

Mr Browder – who ran Russia’s largest foreign investment firm until he fell foul of Putin and is now dubbed his ‘number one enemy’ – believes a spate of ‘suicides’ and suspicious deaths among the country’s elites are ‘all murders’.

Though he did not name names, recent deaths include Ivan Pechorin, 39, director of the Far East and Arctic Development Corporation who ‘fell overboard’ from his yacht in September; Pavel Pchelnikov, 52, a PR manager for the Russian Railways shot dead in his Moscow apartment the same month; and Alexander Tyulakov, 61, a senior Gazprom executive found hanged at his house, also in Moscow.

Speaking on Wednesday at the Henry Jackson Society ahead of the annual Magnitsky Human Rights Awards, Mr Browder said: ‘What you have going on is this viper’s nest of fighting over assets, cash flow and power as the economic pie shrinks in Russia 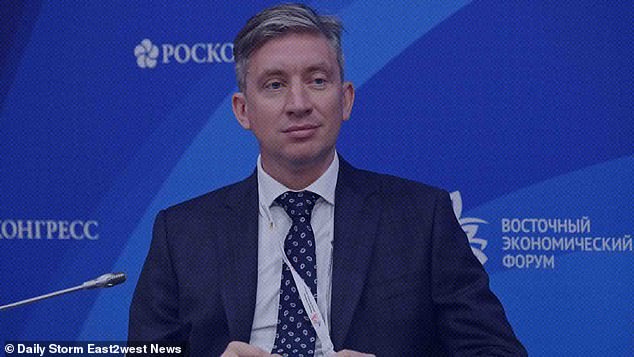 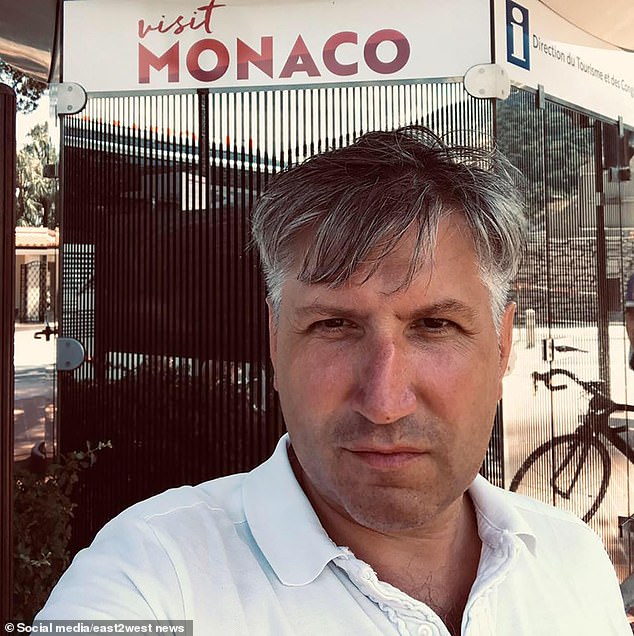 Pavel Pchelnikov, 52, a railways PR executive, has been found dead at his home in Moscow in what has been reported as a ‘suicide’

‘These people are not oligarchs per se, but they’re people who sit in positions that have some kind of authority over important cash flows – particularly in the oil and gas business,’ such as firms Gazprom, Lukoil, Novatek or Gazprombank.

‘The sanctions have been devastating for Russia… as a result the pie has been seriously diminished, and a lot of people want to keep their own personal cash flow at the level they had before the war started.

‘And so everyone is looking around to redistribute pieces of the pie.

Asked whether the deaths could be a sign of Putin’s weakness and inability to stop the bloodletting, Mr Browder emphatically rejected the idea. 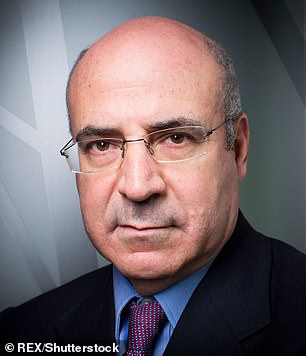 ‘It’s a bunch of greedy b*****ds fighting over money and getting killed for it,’ he said.

Mr Browder runs the Hermitage Fund which at one time was Russia’s largest foreign investment fund, and he used his status to campaign against the corrupt business practices of the country’s oligarchs.

But he fell foul of Putin after exposing a $230million fraud that implicated the Russian president, which saw him hounded out of Russia and his lawyer – Sergei Magnitsky – tortured to death in hellhole jails.

He now campaigns on global human rights causes and gives awards to recognise people championing those issues that are named after Mr Magnitsky.

Speaking about the ‘suspicious deaths’ in Russia, Mr Browder did not mention any specific names.

But recent cases include Dmitry Goloshchapov – the son of a man dubbed ‘Putin’s masseur – who was found dead four days after his father fled the country.

Konstantin Goloshchapov was pictured driving across the border to Belarus back in June after reportedly receiving a tip-off that his businesses were about to be raided on allegations of embezzlement, in a picture that came to light last week.

Four days later, 29-year-old Dmitry had been found dead and the investigation had duly been launched.

Konstantin’s current whereabouts are unknown, though he is thought to hold both Greek and Croatian passports.

The cause of the death of his son – who was linked to the business dealings now under investigation – is also unclear.

Last week the St Petersburg governor, close Putin ally Alexander Beglov, laid flowers at the grave of Dmitry at a city cemetery in an evident show of respect. 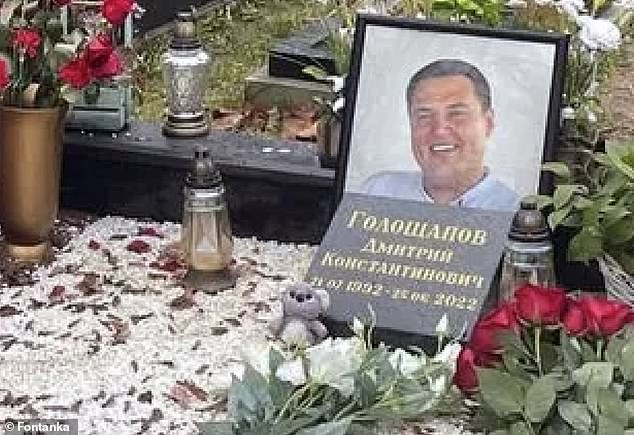 Dmitry Goloshchapov, son of an oligarch known as Putin’s masseur, was found dead in June just four days after his father fled the country and as a probe was opened into his businesses 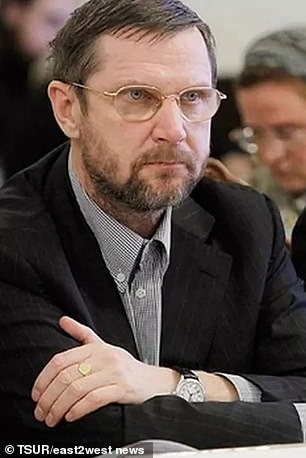 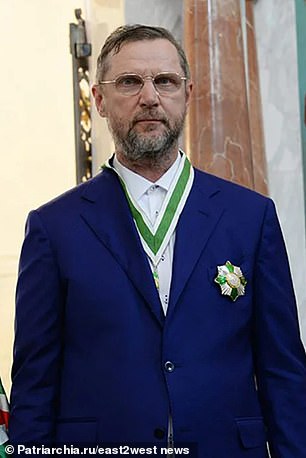 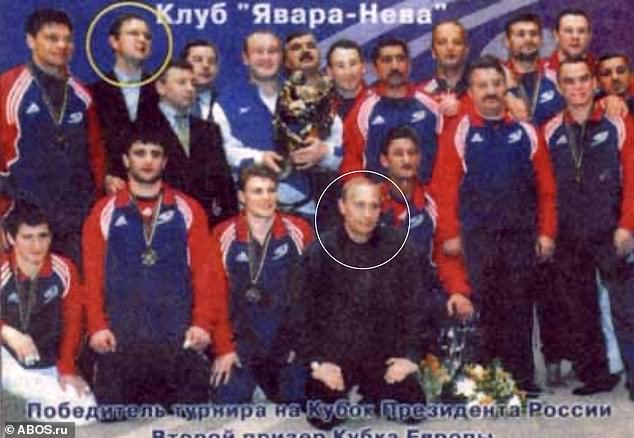 Goloshchapov was involved in martial arts – like Putin – and a ‘strong male friendship’ developed on the judo mat, it is claimed. Goloshchapov is marked yellow and Vladimir Putin, is marked white in the picture above

Goloshchapov became wealthy amid suspicions of business dealings linked to official structures in the Kremlin and his native St Petersburg.

But most interesting is his deeply close personal ties to Putin.

One version says this started from the president’s time as a KGB agent when Goloshchapov was a secret services ‘informer’ on icon smuggling.

Goloshchapov was involved in martial arts – like Putin – and a ‘strong male friendship’ developed on the judo mat, it is claimed.

Another says the masseur’s skills and innovative methods evidently helped Putin overcome an acute back injury, and they remained close afterwards.

Yet another, reported by Versiya, says Putin ‘used to visit [Goloshchapov’s] massage room at a St. Petersburg’s sauna.

‘In 2000, Putin recollected his old acquaintance and invited him to Moscow to head [a state company].’

As Putin rose up the Kremlin greasy pole, Goloshchapov made no less than 338 plane trips between St Petersburg and Moscow between 1998 and 2005, reported an investigation by secret services specialist Sergei Kanev.

One claim in 2002 was that Goloshchapov charged between $10,000 and $50,000 ‘promoting his former [massage] clients to important positions’ in Putin’s administration.

In the Kremlin circle, he ‘massages the backs of high-ranking officials’.

Around the same time he was tipped to be Putin’s election campaign manager.

Among the 12 founders, like the dozen apostles, was Russian defence minister Sergei Shoigu and a collection of other Putin cronies. 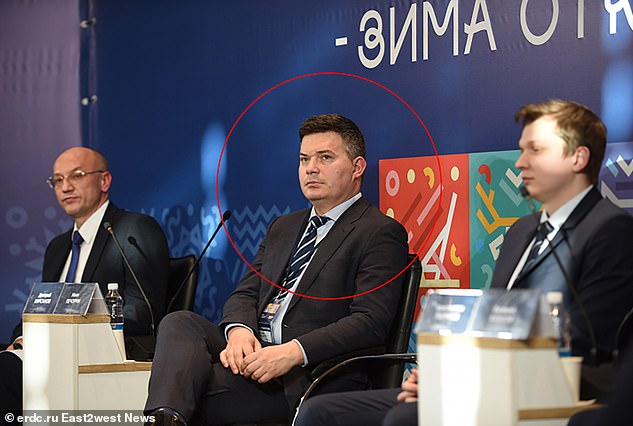 Ivan Pechorin (circled) was managing director of Putin’s Far East and Arctic Development Corporation. The 39-year-old was responsible for the development of Russia’s resources in the Arctic and the air industry in eastern Russia 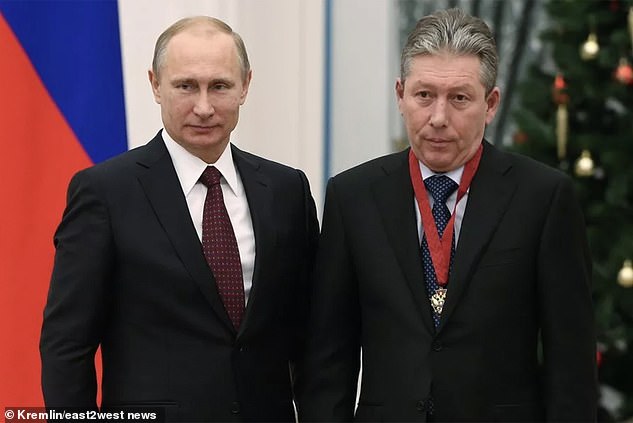 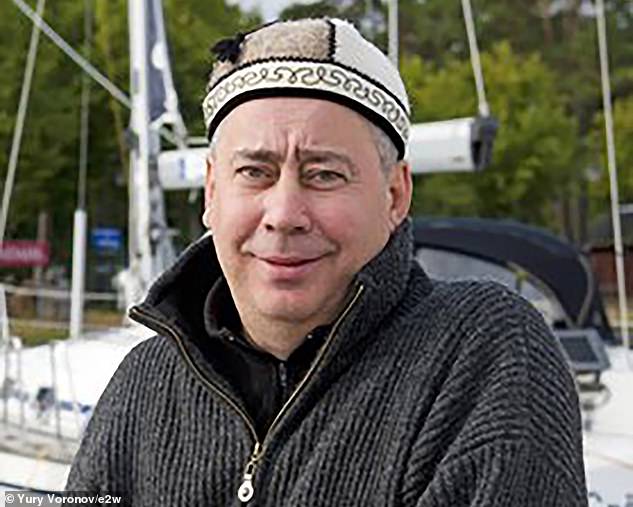 Yuri Voronov, 61, who was linked to energy giant Gazprom, was found dead in August 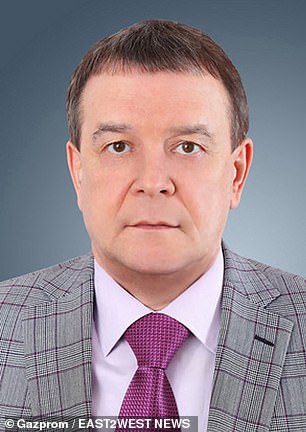 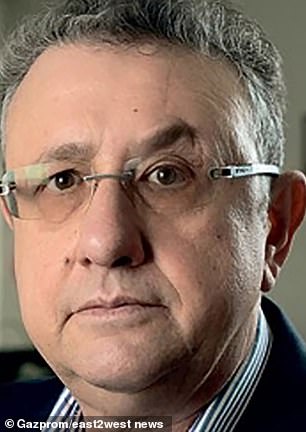 The masseur and devout Orthodox businessman had a ringside seat on Putin’s rapid rise in St Petersburg at a time when there were rumours of links to the Tambov mafia ring.

‘He knows many of Putin’s secrets and for years was a key figure in Putin’s circle,’ said a former Western diplomat in Moscow.

In 2018, Goloshchapov urged investigative journalists to ‘stop being interested’ in his links to Putin.

Secret services expert Kanev posted: ‘What an interesting set of things is happening in Putin’s circle: His chef [Yevgeny] Prigozhin commands troops in Ukraine, while his personal masseur Konstantin Goloshchapov left Russia in his son’s BMW, via Belarus.

‘The masseur was due to be searched as part of a criminal case into multi-million embezzlement in St Petersburg’s ‘VodoKanal’ – but he was allowed to leave. ‘Konstantin met Putin at the end of the 80s on a tatami….

‘Now Goloshchapov, of course, is a billionaire, and his business structures are building houses, trading in metals and planting greenery in Moscow….

‘Kremlin friends have nicknamed Goloshchapov ‘Father Padre’ because he quotes the Bible everywhere, and prays at every pillar.

‘As a true patriot of Russia, ‘Father Padre’ has a Greek passport and elite real estate in Italy, Croatia and Finland.’

Konstantin’s son Dmitry is hardly the first Russian oligarch to die in mysterious circumstances since the war in Ukraine began. 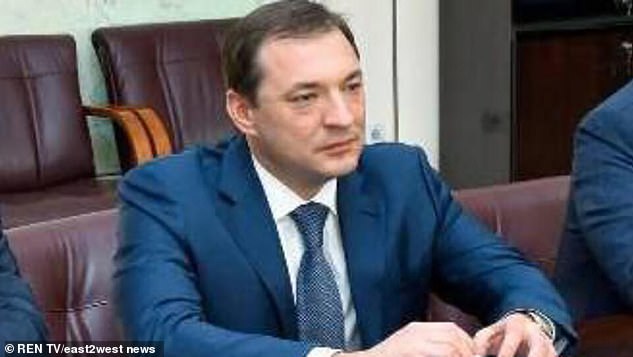 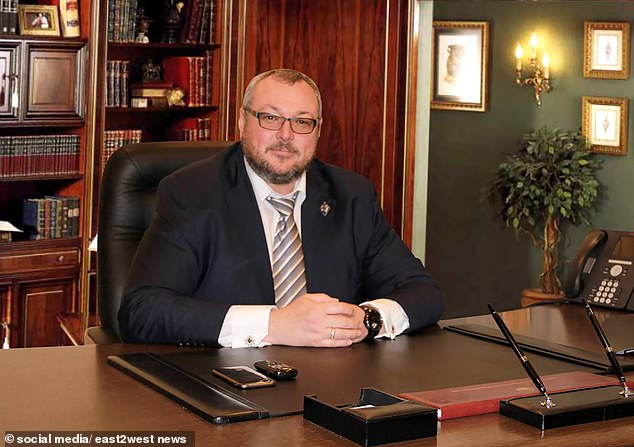 Anatoly Karpov, 71, who was a chess grandmaster in the 1970s before becoming a politician and Putin loyalist, was left in a coma two weeks ago amid reports he was brutally beaten near the Kremlin.

Karpov was known as a Putin ultra-loyalist but had called for an end to the war in Ukraine ‘so that peaceful people will stop dying.’

Nikolay Petrunin, 47, dubbed the ‘Gas wonderkid’, died in mid-October allegedly from the complications of Covid after being in a coma for a month – but the exact circumstances are unclear. 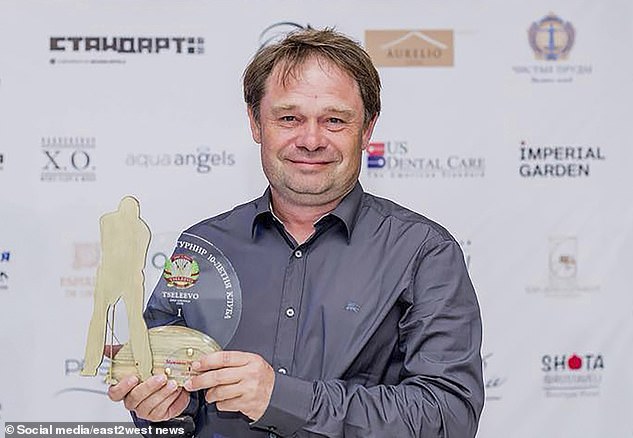 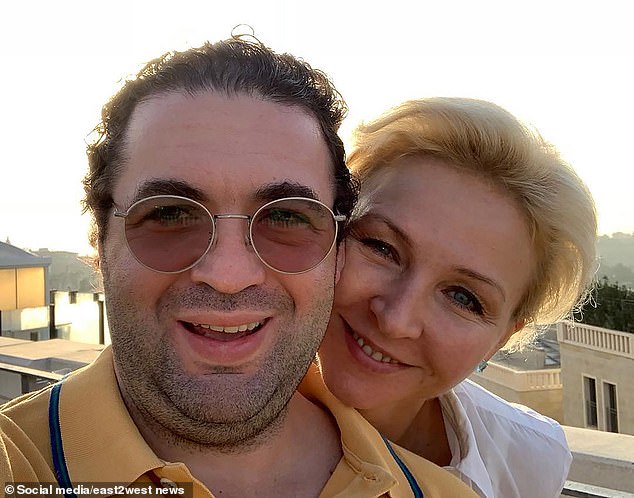 What the flock? Sheep walk around in a circle ‘for TWELVE DAYS without stopping’ on Chinese farm