National disasters have caused a staggering $115billion of losses this year after hurricanes, flooding, violent storms and droughts wreaked havoc across the globe.

Hurricane Ian, which battered the southeast coast of the US, was the single largest loss-causing event for insurers, causing estimated payouts of up to $65billion.

The Category 4 storm was the deadliest to strike Florida in nearly 90 years, ravaging thousands of homes and businesses and killing at least 157 people.

Reinsurance giant Swiss Re, estimates that Hurricane Ian was the second-costliest insured loss ever, after Hurricane Katrina in 2005.

The Zurich-based group, which acts as an insurer for insurers, said: ‘Hurricane Ian and other extreme weather events such as the winter storms in Europe, flooding in Australia and South Africa as well as hailstorms in France and in the United States resulted in an estimated $115billion of natural catastrophe insured losses this year to date.’

‘When Hurricane Andrew struck 30 years ago, a $20billion loss event had never occurred before; now there have been seven such hurricanes in just the past six years.’

Europe has also been in the grips of extreme weather this year, experiencing extreme droughts and wildfires in the summer and brutal storms in the winter earlier this year. 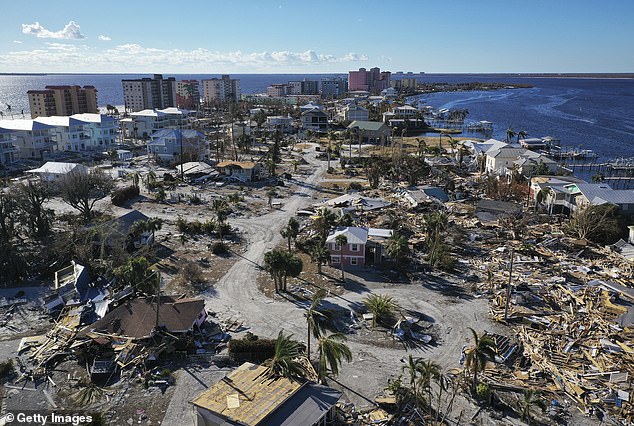 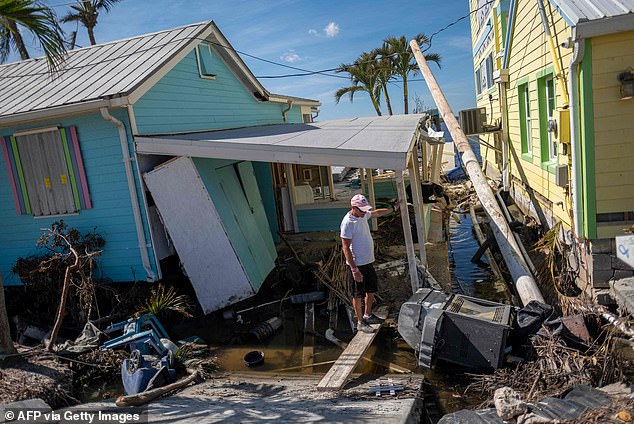 A man stands in front of his destroyed house in the aftermath of Hurricane Ian in Matlacha, Florida 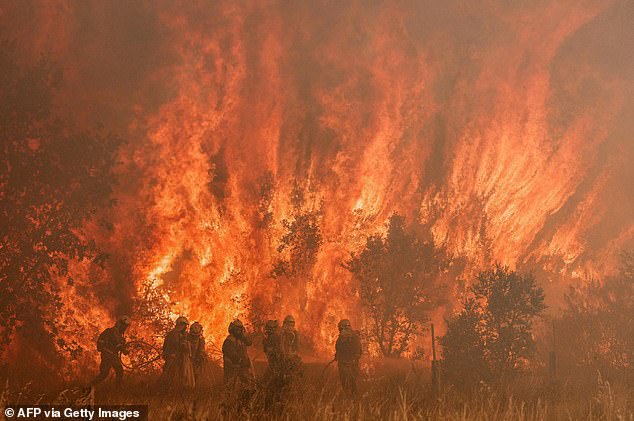 Firefighters operate at the site of a wildfire in Pumarejo de Tera near Zamora, northern Spain, on June 18 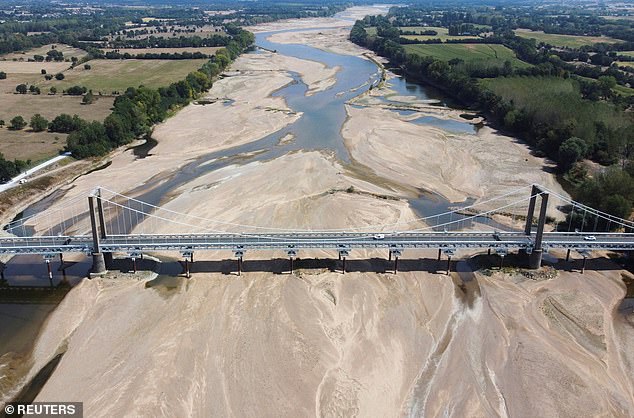 An aerial view shows a branch of the Loire River completely dried up after a drought hit France in Loireauxence, France, August 16 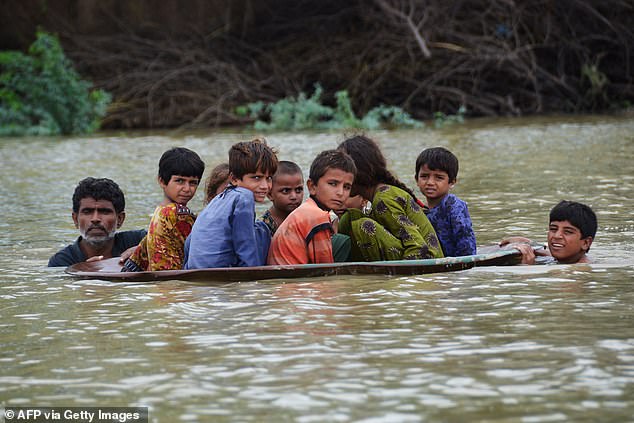 Storm Eunice battered much of Europe in February, causing at least £360million of damage in the UK alone.

Gusts of 122mph, the highest ever recorded in the UK, brought down homes and trees and even tore apart the O2 Arena in London.

The winter storms in Europe in February prompted estimated insured losses of over $3.7billion, putting winter storms back on the insurance industry’s agenda, Swiss Re said.

In Australia in February and March, torrential summer rains led to widespread flooding in Australia that, at an estimated $4billion, is the country’s costliest-ever natural catastrophe.

Months later, Europe was sweltering under extreme heat as record temperatures brought the continent to a standstill. 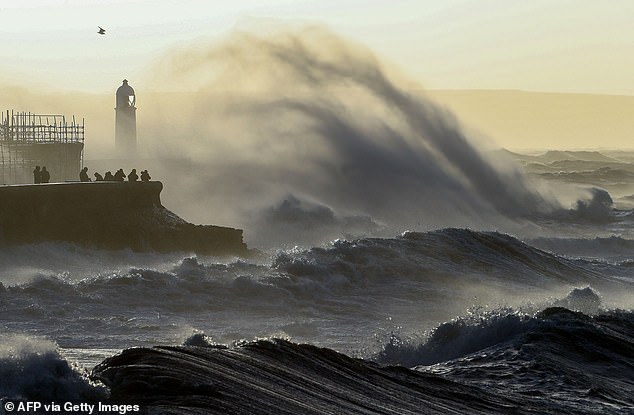 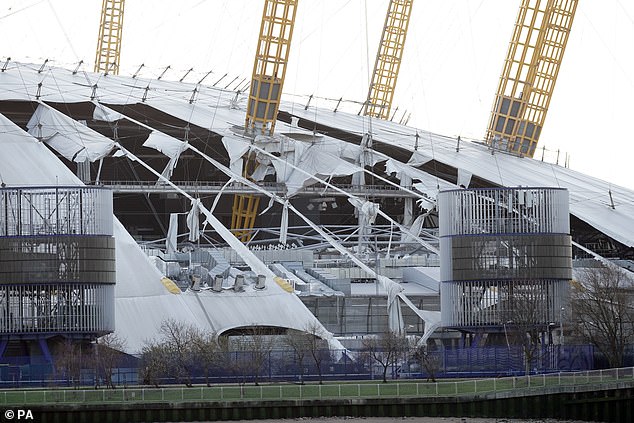 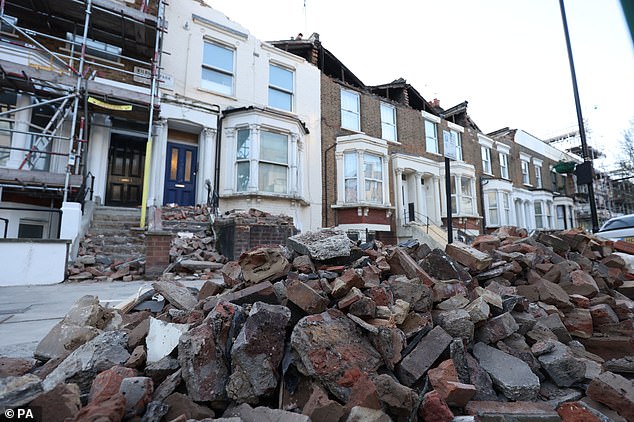 A roadside filled with debris from the rooftops of three houses which were torn off during storm Eunice, on Kilburn Park Road in north west London 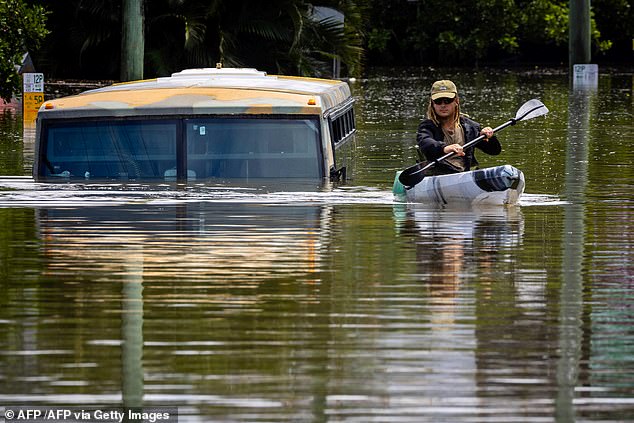 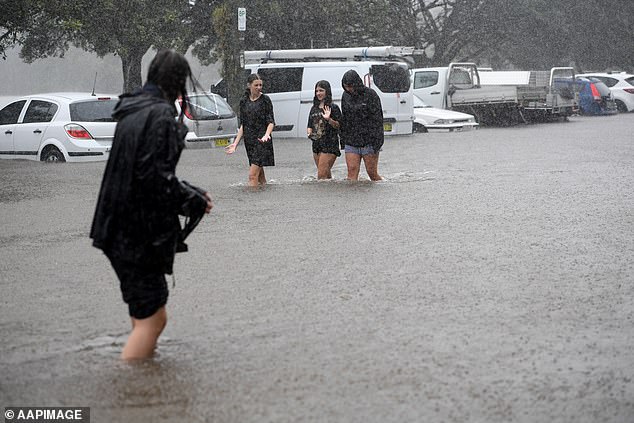 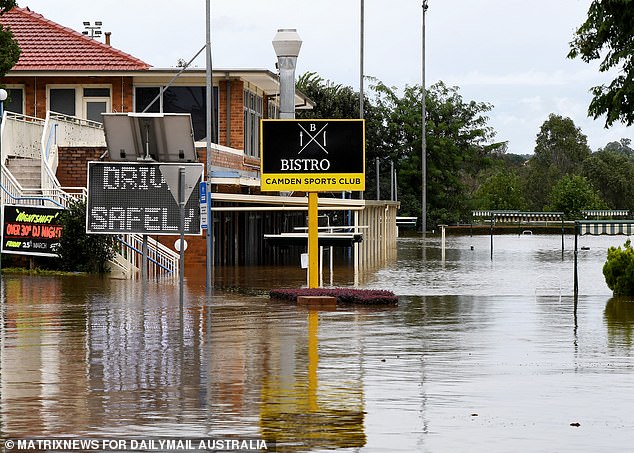 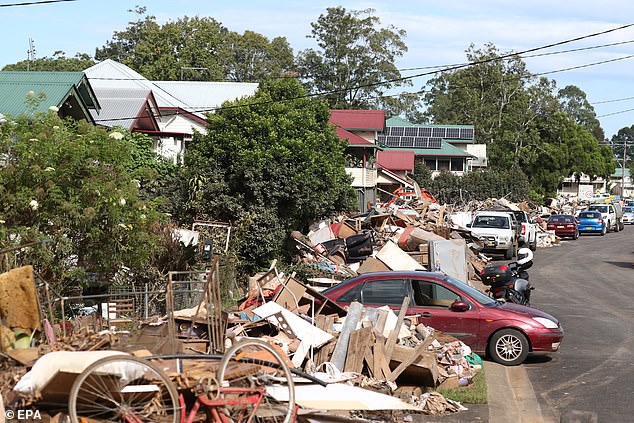 The UK experienced its highest ever heat of 104.5F in July, while the Loire, Rhine and Po rivers in France, Germany and Italy respectively all ran dry.

Swiss Re said that so-called secondary natural disasters such as floods and hailstorms caused more than $50billion of insured losses.

Pakistan was lashed by unprecedented monsoon downpours that flooded a third of the country – an area the size of the UK – and killed at least 1,700 people.

More than seven million people have been displaced, many living in makeshift tents without protection from mosquitoes, and often with little access to clean drinking water or washing facilities. 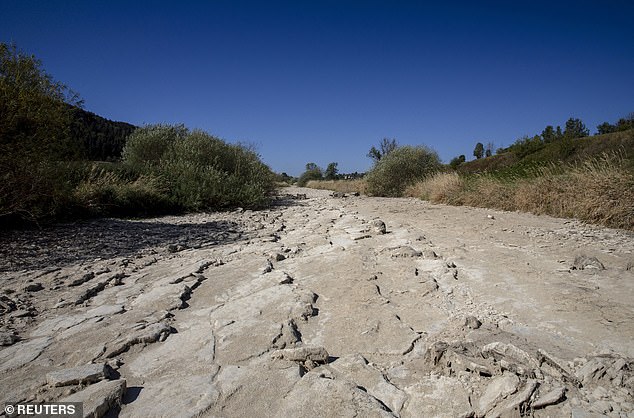 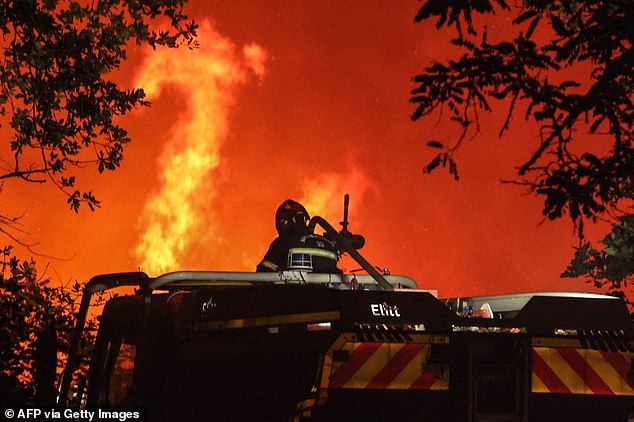 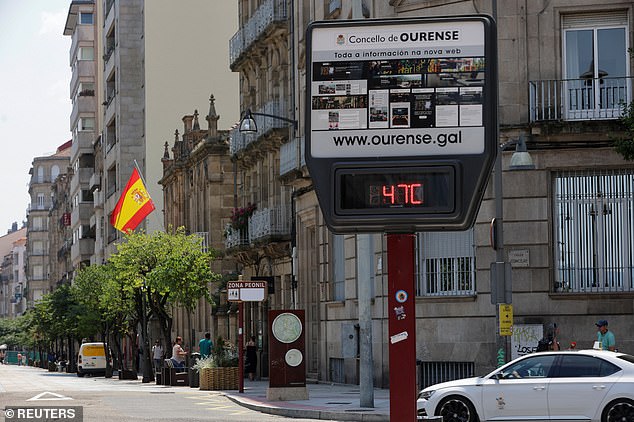 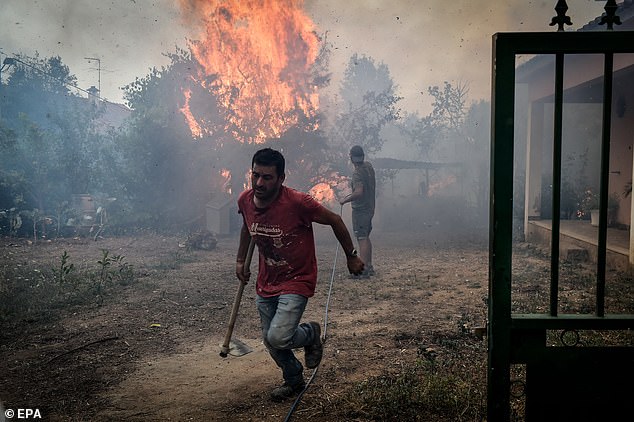 Experts fear rising temperatures could cause even more natural catastrophes in coming years.

The UN Intergovernmental Panel on Climate Change said if global warming isn’t limited to just another couple tenths of a degree, an Earth now struck regularly by deadly heat, fires, floods and drought in future decades will degrade in 127 ways with some being ‘potentially irreversible’.

Today’s children who may still be alive in the year 2100 are going to experience four times more climate extremes than they do now even with only a few more tenths of a degree of warming over today’s heat, the UN body warned.

But if temperatures increase nearly 2 more degrees Celsius from now (3.4 degrees Fahrenheit) they would feel five times the floods, storms, drought and heat waves, according to the collection of scientists at the IPCC.

2022 is the second consecutive year in which the estimated insured losses total more than $100billion, continuing the trend of a 5–7 per cent average annual increase over the past decade.