Shocking moment woman, 18, carried away in ‘bride-stealing’ by Russian man after proposal rejection

Shocking moment woman, 18, is carried away in ‘bride-stealing’ by Russian man after she refused to marry him

By Will Stewart For Mail Online

A shocking video shows how an 18-year-old woman was ‘kidnapped by a Russian man and his family’ after she refused to marry him.

Bella Ravoyan is seen being carried out of an apartment block in the city of Tambov by two men.

She was abducted after celebrating her 18th birthday by the man she rejected – named as Amik Shamoyan, 20 – along with his father, Oganes, 48, and brother Alo, 24 – according to law enforcement.

The woman was taken to the Nizhny Novgorod region, evidently to force her to agree to a wedding.

Stills from a video appear to show Bella Ravoyan, 18, being kidnapped by failed groom Amik Shamoyan and his father Oganes

After several days, the woman – reported missing by her father – escaped and went to police, say reports.

Meanwhile, another video allegedly shows her furious father brandishing a gun and – without shooting – laying waste to a cafe owned by the family of the alleged kidnapper of his daughter.

Amik reportedly went to police and confessed to the kidnapping.

But his father and brother remain at large and are now on Russia’s federal wanted list.

All three face up to 12 years in prison if convicted.

The kidnapping has been portrayed by some media outlets in Russia as a medieval ‘bride stealing’ custom still prevalent in parts of Russia.

However, the exact circumstances remain unclear. 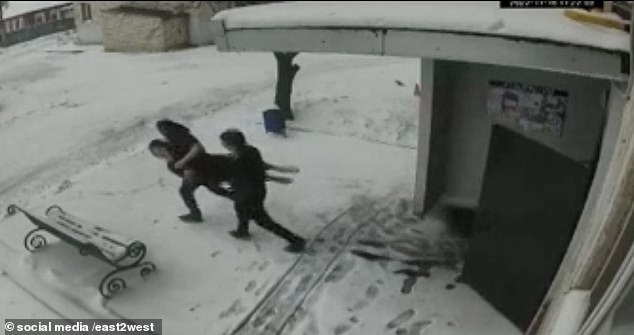 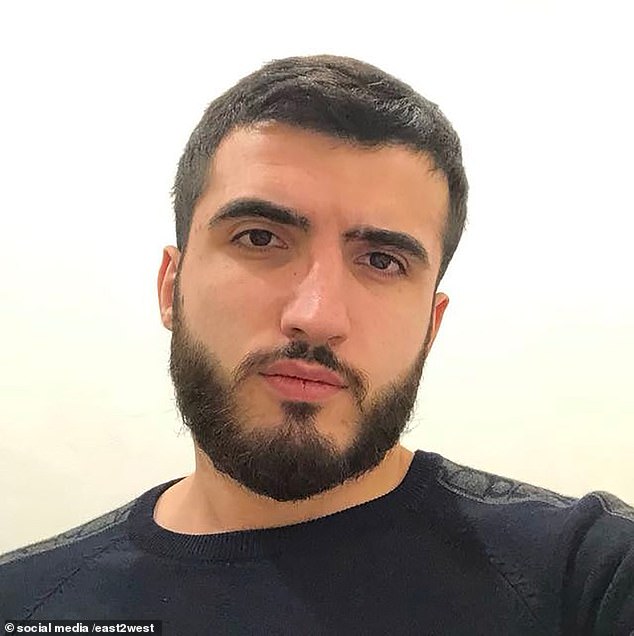 Failed groom Amik Shamoyan (pictured) is believed to have kidnapped the teenage girl along with his father, Oganes 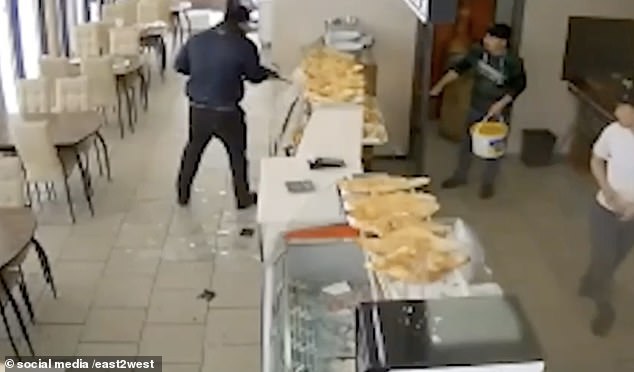 Following the kidnapping of Bella Ravoyan, the teenage girl’s father appears to brandish a gun at a cafe owned by family members of the alleged kidnappers

There are also claims that the kidnapped woman is related to the man who wanted to marry her, whom she rejected.

An acquaintance told gazeta.ru: ‘Amik was in love with this girl, and they kidnapped her.

‘Bella’s father filed a complaint with the police, and she was returned back.

‘Amik turned himself in to the police.’

There were claims he wanted his daughter to marry into a wealthier family.

The Russian Investigative Committee said today that the alleged kidnapper had been remanded in custody.

‘His father and elder brother are on the federal wanted list.’