By Will Stewart and Chris Pleasance for MailOnline

An oil depot in Russia exploded in a towering inferno this morning after a drone attack thought to have been orchestrated by Ukraine.

Three tanks containing thousands of tonnes of diesel fuel caught fire around 6am local time at a site in Bryansk, a Russian region that borders Ukraine to the north.

The fire began after a drone dropped explosives into one of the fuel tanks, according to Russian media. Nobody was injured in the attack.

Videos taken shortly after the strike showed two fuel tanks spewing smoke and flame with at least one showing signs of blast damage, with its metal shell bent outwards. 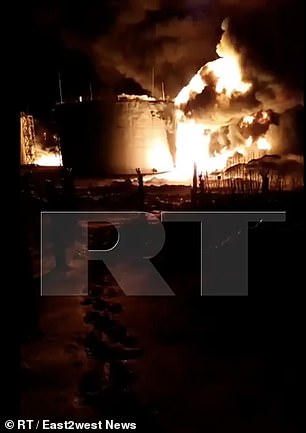 Diesel tanks located in Bryansk, a region of Russia that borders Ukraine to the north, caught fire this morning after being attacked by a drone

Images taken after sunrise showed a thick column of black smoke rising into the sky.

Russian media said the origin of the drone is ‘unknown’ and Kyiv has not claimed credit, but is widely thought to be behind dozens of attacks on facilities used to supply Putin’s armies located in Russia’s western border regions.

‘Reservoirs with oil products are on fire in the Surazhsky district. Fire and rescue teams are at the scene,’ governor Alexander Bogomaz said on social media.

Bogomaz said the fire engulfed an area of 1,800 square metres (19,000 square feet) and over 80 people were involved in putting it out.

He added that there were no reports of casualties.

Citing emergency services, state news agency TASS later reported that the fire had spread to an area of 4,000 square metres.

In October Russia said an oil depot was on fire after being bombed in Belgorod, which also borders Ukraine, shortly after complaining of an increase in artillery and missile strikes on its territory. 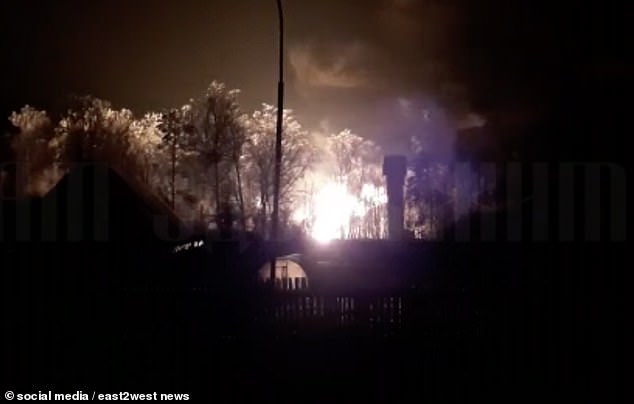 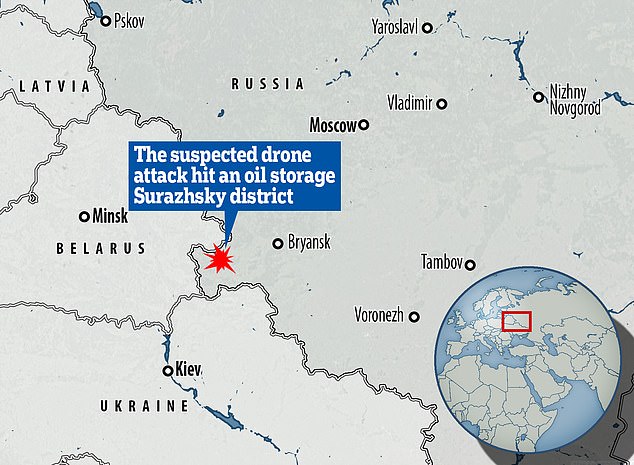 The blast took place in the Surazhsky district of Bryansk oblast, which is located around 50 miles north of the Ukrainian border

How To Damage A Car Without Leaving Evidence?