A 115-year-old American-born Spaniard who survived Covid two years ago has become the world’s oldest person following the death of French nun Lucile Randon at the age of 118.

Maria Branyas became the oldest person ever to recover from the killer virus in May 2020.

And now the Spanish journalist’s daughter, who was born in San Francisco but moved with her family to Catalonia when she was a child, has taken a new title following the death of Ms Randon at a nursing home in the southern French port city of Toulon.

Nursing home director David Tavella announced on Tuesday she had died in her sleep. 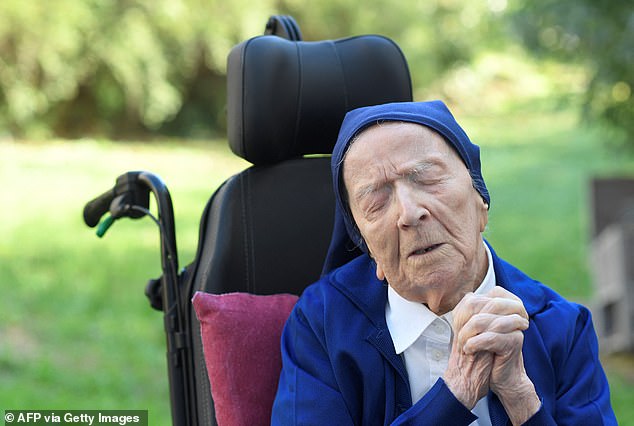 Ms Randon, who went by the name Sister Andre after joining a Catholic charitable order in 1944, also survived Covid last year and in the process took Maria’s coronavirus record from her.

Maria, who has lived in sheltered housing in the Catalan town of Olot since she was 92, played the piano, read newspapers and exercised every morning until she was 105.

She became the oldest person in Spain in December 2019.

She was born on March 4, 1907 to a Catalan family who had emigrated to San Francisco a year earlier.

They took the decision to return to Spain in 2015 during the First World War after Maria’s father Josep fell ill.

He ended up dying of tuberculosis on the ship they were crossing the Atlantic on, with his now-centenarian daughter injuring herself in a fall during the same voyage and later discovering she had lost her hearing in one ear.

Maria married Catalan doctor Joan Moret aged 23 in 1931 and went on to have three children with him and revealed in a recent interview she had 11 grandchildren and 13 great-grandchildren.

She has seen her parents, three siblings and one of her three children die, as well as her husband who passed away when he was 72. 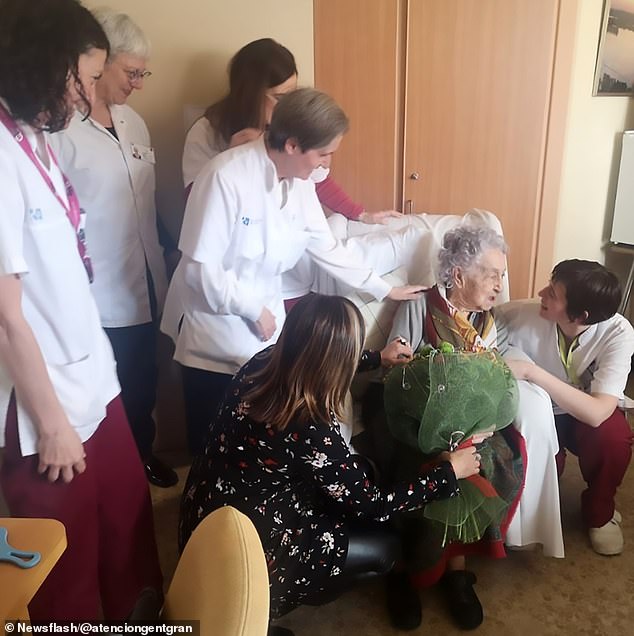 In an interview with Catalan daily La Vanguardia in October 2019 she recalled watching TV for the first time on December 15, 1960 when King Baudouin of Belgium married Spanish aristocrat Fabiola de Mora and Aragon.

She also revealed bosses at her retirement home had put her on a diet, although they let her eat a small bit of cake on her birthday.

Monserrat Valdayo, the retirement home director, said at the time: ‘Maria is in good health for her age, only that she’s a little bit frightened after losing a lot of her hearing and sight.

‘She finds it a little more difficult to come out of her room but is capable still of walking a little bit.’

In another interview around the same time, in which she admitted she had ‘very bad memories’ of the 1936-1939 Spanish Civil War, Maria added: ‘People live differently now to how they used to. Money dominates everything and with money you can get almost everything.’

6 people today die, together with 3 kids, when their throats sliced by KITE STRINGS at pageant