Worldcoin Wants to Scan Your Eyeballs in Exchange for Cryptocurrency 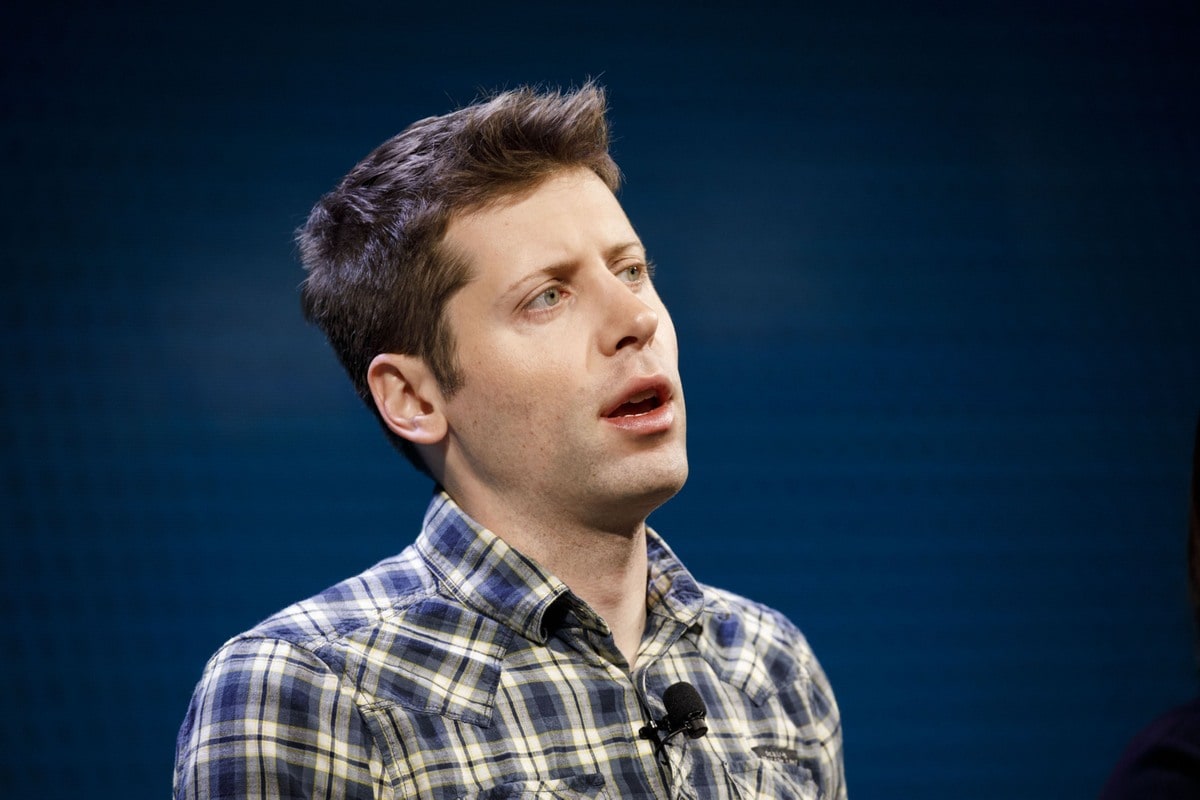 Sam Altman has a new startup that intends to give a special type of cryptocurrency to every person on earth. But first, it wants to scan everybody’s eyeballs.

Altman, the former head of the Silicon Valley business incubator Y Combinator, is one of three founders of the company Worldcoin. Among the many parts of its plan, Worldcoin has designed an orb-shaped device that would scan a person’s iris to construct a unique personal identifier.

The company is backed by Andreessen Horowitz, the venture capital arm of Coinbase Global Inc., LinkedIn founder Reid Hoffman and Day One Ventures. It recently raised about $25 million (roughly Rs. 185.66 crores) from investors.

Altman, 36, said in an interview that he conceived the idea in late 2019. The intention was to use cryptocurrency to spread money around equitably, inspired by the trendy economic theory known as universal basic income. Altman was the first investor in Worldcoin but said he has no role in day-to-day operations and mainly serves as an adviser to the company when needed.

“I’ve been very interested in things like universal basic income and what’s going to happen to global wealth redistribution and how we can do that better,” Altman said. “Is there a way we can use technology to do that at global scale?”

The head of the venture is Alexander Blania, 27, a former student of theoretical physics at the California Institute of Technology and the Max Planck Society. He co-founded Worldcoin with Altman and Max Novendstern, who previously worked at Ray Dalio’s investment firm Bridgewater Associates LP and at money-transfer startup Wave.

Altman and Blania agreed to discuss their project, which hasn’t been previously reported, after Bloomberg uncovered details of it and inquired. Worldcoin is still preparing for a formal unveiling, but for now, the startup is evaluating what it might take to one day get cryptocurrency to as many people as possible, Blania said. “So many people around the world don’t have access to financial systems yet,” Blania said. “Crypto has the opportunity to get us there.”

Altman rose from being the 19-year-old founder of a middling social network called Loopt to becoming a startup kingmaker at Y Combinator. He was president of the firm from 2014 to 2019, during which some of the accelerator’s companies, including Airbnb, Dropbox, and Stripe, became some of the most valuable startups in America.

Under Altman, Y Combinator planned experiments on universal basic income that have faced some delays and complications. In a 2019 interview with economist Tyler Cowen, Altman discussed how a system that could distribute money to everyone could circumvent the need for government redistribution.

Altman left Y Combinator to pursue work in artificial intelligence at OpenAI, a research company he started in 2015 with Tesla’s Elon Musk. They parted ways two years ago over disagreements about OpenAI’s plans. A few months later, the company raised $1 billion (roughly Rs. 7,426.51 crores) from Microsoft as part of a partnership where the software giant would be the exclusive provider of its cloud computing services. The group has showcased software that can, for example, create authentic-seeming news stories based off of only a few inputs.

With Worldcoin, the startup promises “a new global digital currency that will launch by giving a share to every single person on earth,” according to an online job description. The company aims to help economies transition to cryptocurrencies “through a novel approach: a dedicated hardware device ensuring both humanness and uniqueness of everybody signing up, while maintaining their privacy and the overall transparency of a permissionless blockchain.”

The device is a silver-colored spherical gizmo the size of a basketball that can be carried around and used to scan people’s irises in order to ascertain their unique identities, Blania said. Worldcoin has already started testing the orb on a small scale in various cities, he said. The Worldcoin currency itself is not yet ready for distribution, so the company is currently offering volunteers other types of digital coins, mostly Bitcoin, in exchange for scanning their eyes and giving feedback on the process. Bitcoin price in India stood at Rs. 25.8 lakhs as of 10:30am IST on June 30.

The company has fewer than 20 prototypes in circulation around the world, Blania said. A prototype orb costs about $5,000 (roughly Rs. 3.71 lakhs) to make, but the price will decline steeply as the company refines the process, he said. Worldcoin will eventually be headquartered in San Francisco, though its employees are currently scattered because of the coronavirus pandemic.

Investors aren’t yet ready to talk about Worldcoin. Coinbase and Day One Ventures declined to comment. Representatives for Andreessen Horowitz and Hoffman didn’t respond to requests for comment. (Bloomberg LP has invested in Andreessen Horowitz. Willett Advisors, the investment arm for the personal and philanthropic assets of Michael Bloomberg, the founder and majority owner of Bloomberg LP, has invested in Y Combinator startups.)

According to Blania, iris-scanning is an essential part of the plan because it can prevent people from trying to register multiple times to defraud the system. He’s also aware of the privacy implications of handing over biometric information to a tiny startup and said Worldcoin will make the process as transparent as possible so users can see how the data is used. He said the iris scan will produce a unique numerical code for each person and that the image is then deleted and never stored.

Interested in cryptocurrency? We discuss all things crypto with WazirX CEO Nischal Shetty and WeekendInvesting founder Alok Jain on Orbital, the Gadgets 360 podcast. Orbital is available on Apple Podcasts, Google Podcasts, Spotify, Amazon Music and wherever you get your podcasts.

LG is one of the leading consumer durable brands in India, occupying about 30% share in the refrigerator market segment. LG refrigerators...
Read more
Technology

1 Secret To Reducing Time On Your Slow Computer

If you have done just about everything that you possibly can to make your computer as fast as it can go and are still...
Read more

Moroccan attractions offer an enlightening taste of the colorful, with snake charmers and entertainers heaped high with crowds of fortunes, and unlimited...
Read more
Load more