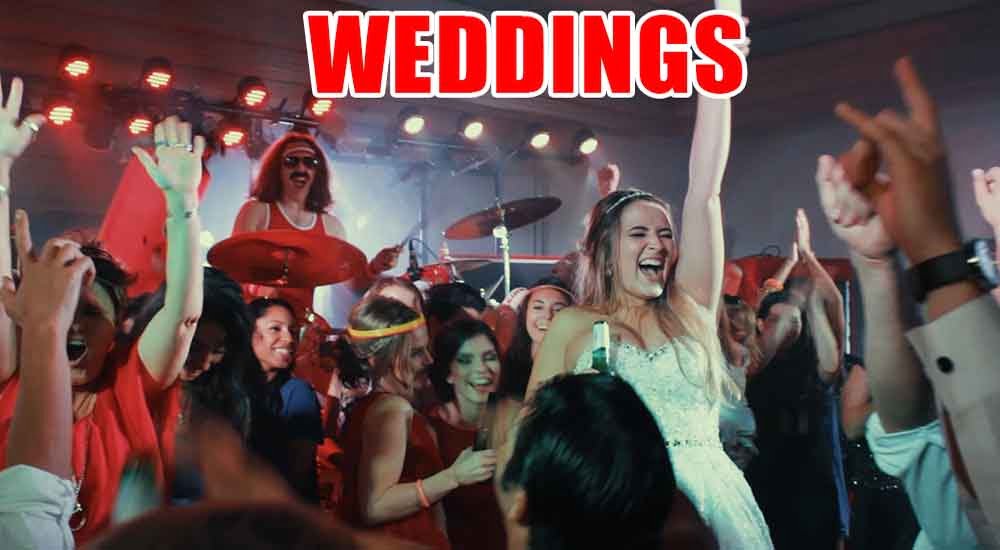 When you sit with someone who got married in the 70s or 80s, you can hear them saying something like music is dead now. Yes, there is a generation gap. However, fans of modern music believe that music has become more alive now. Let’s don’t start a debate and recognize the fact that the music in the 70s and 80s was awesome and more meaningful and people still love songs from that era. When you see top-rated Orange County music bands, many of them are 80s cover bands. They perform hundreds of shows every year.

When you watch a wedding video from the 80s, the way guests used to dance clearly shows that the music was at its best during those years. The fashion in those years also had wild colors. There was no shortage of fun in those weddings.

This idea may not come to your mind, but slower romantic tunes from the 80s are still ideal for the first dance. However, it is a great option. Many couples who are getting married these days, their parents got married in the 80s or 90s. It is a great idea to choose a tune for your first dance that your parents also chose when they got married. You can also start a tradition that can be passed to the next generation. Classic films like Dirty Dancing, Sixteen Candles, Endless Love, Top Gun, Say Anything and An Officer and a Gentleman used great love songs from that era.

Orange County wedding bands have a long list of the best songs from that era of music. The following are the top songs from the 80s for the first dance.

Album: Into the Light