Children as young as 14 were pitted against each other in street fighting bouts to settle gangland rivalries.

Ex-convict Malik, 32, from Paris, organised the street fighting matches so gang members could battle in a secure ring rather than with guns and knives.

France has struggled with gang violence for years and many of those caught up in it are young men or boys.

After a history of criminal violence as a child, the Parisian turned his focus to helping children who are growing up in some of the roughest housing estates in Paris.

He told MailOnline: ‘We are the guardian angels of the street. Since our concept has been running in Paris, many tensions have calmed down. 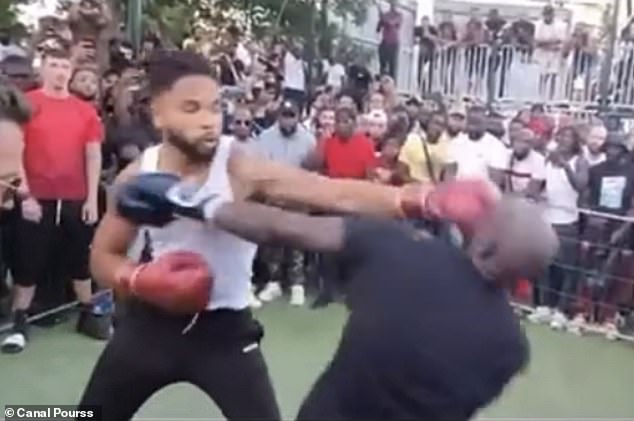 While organiser and founder Malik, 32, has introduced headgear fighters used to battle without protection 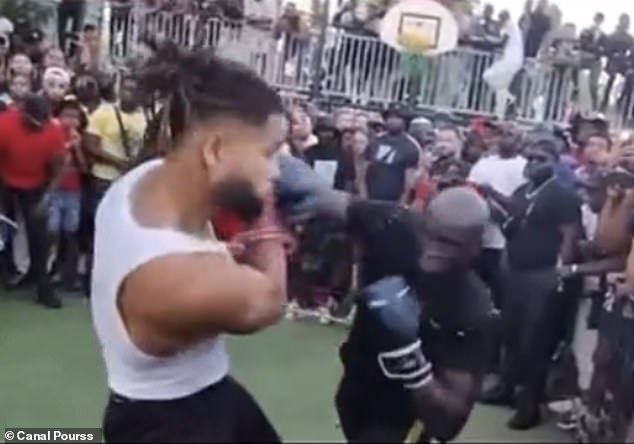 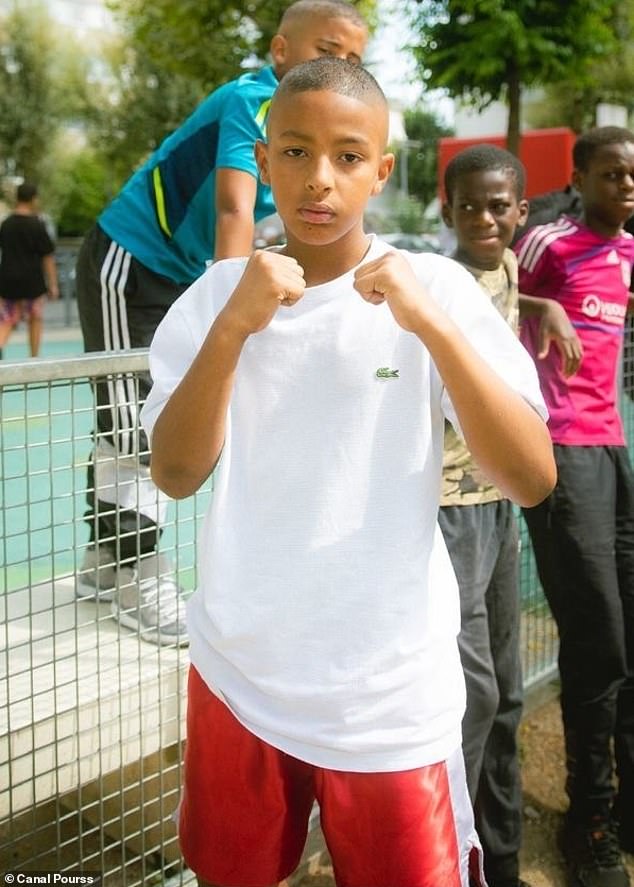 Kaïs, 14, was one of the fighters at a bout earlier this year against Léo, also 14. Organiser Malik hopes the fights will mean gang rivals settle their scores without weapons 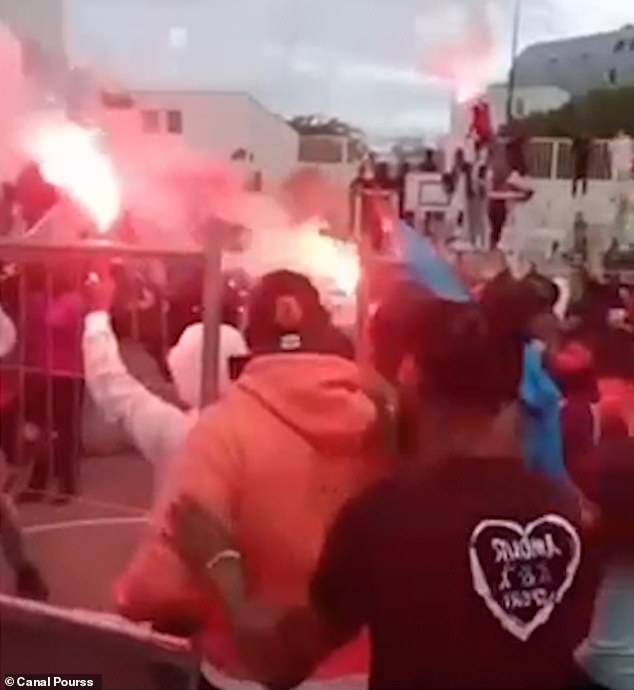 While millions have watched livestreams of the fights, hundreds have crowded together to see the fights in person 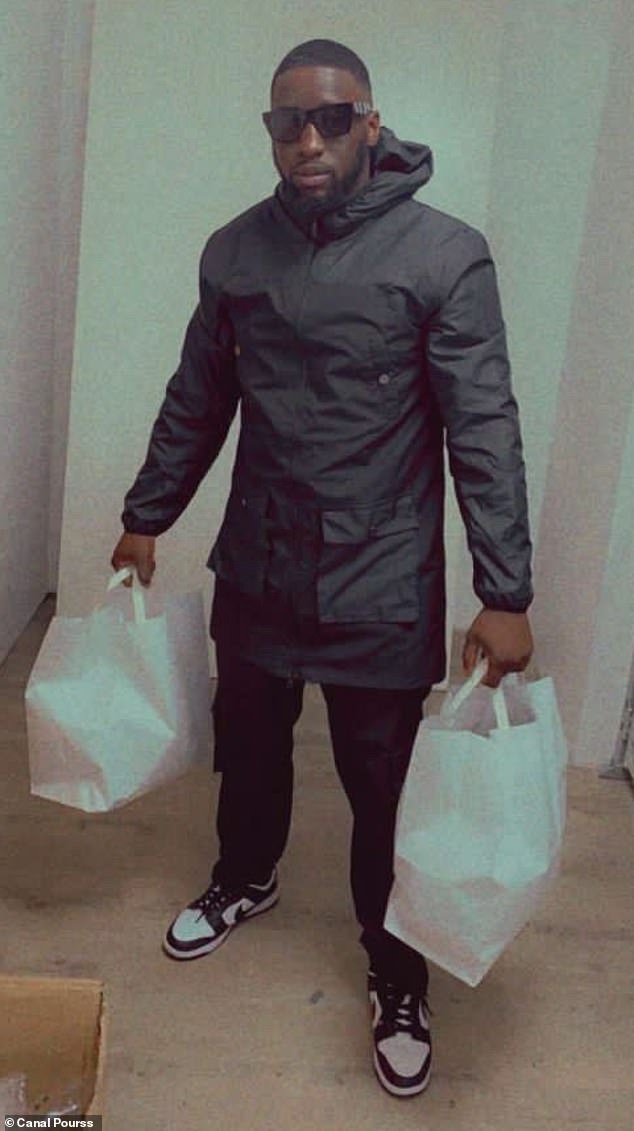 Canal Pourss founder Malik, 32, (pictured) was caught up in gang violence on the streets of Paris as a youngster and had eight stints in prison between the ages of 14 and 22

‘We started with the young people of my neighbourhood to calm the brawls of the districts.’

His hope is that children will take up boxing and settle their debts in makeshift rings rather than through the gang feuds that have left so many injured or dead in the French capital.

His own childhood was marred with gang violence and he was thrown in jail for the first time at the age of just 14.

He grew up in Élancourt, a commune in Paris next to the infamous Trappes area, which is known for its poverty and violence.

Malik was in prison eight times between the ages of 14 and 22, with his longest stint a sentence of five years.

He wouldn’t reveal what his specific crimes were because they were ‘too intimate’ but said they were related to gang violence.

He said: ‘When I was younger I was violent. I was in a lot of trouble. 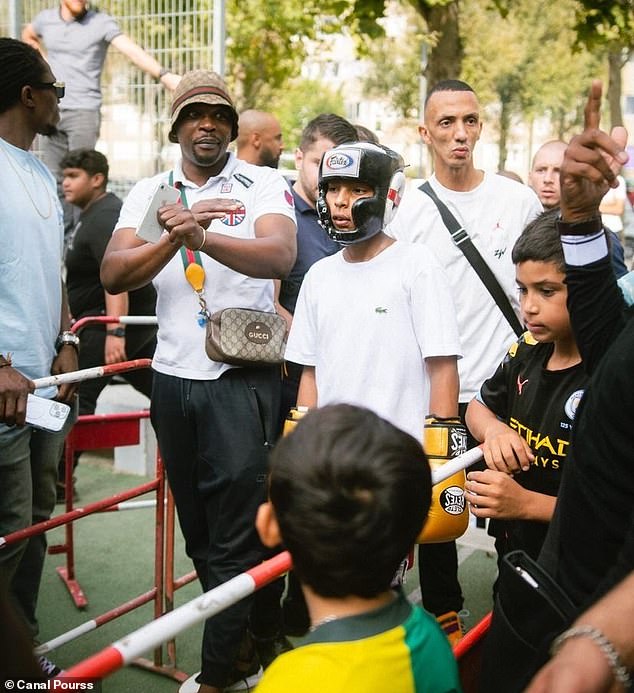 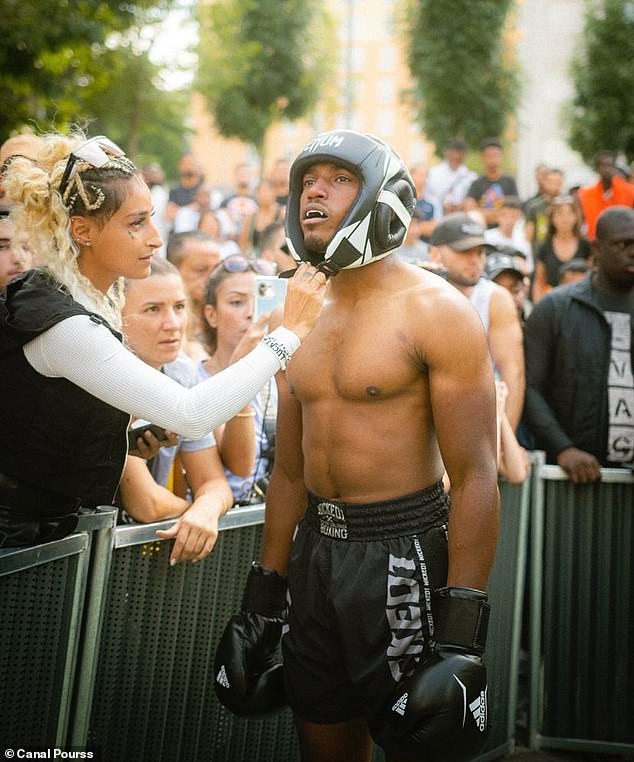 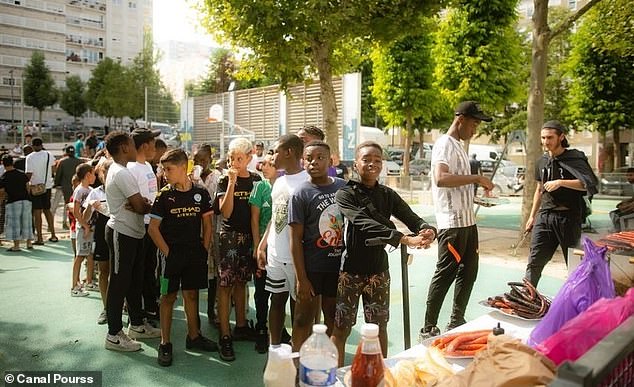 ‘After several times in jail I calmed down and put together my concept.

‘We started in the street with the young people of my neighbourhood to calm the brawls of the districts.

‘We do structured street boxing with all the possible rules.’

During Ramadan last year he lent boxing gloves to children in housing estates and taught them how to fight.

While he also provides free workouts for men and women every Sunday, his main event is street fighting. 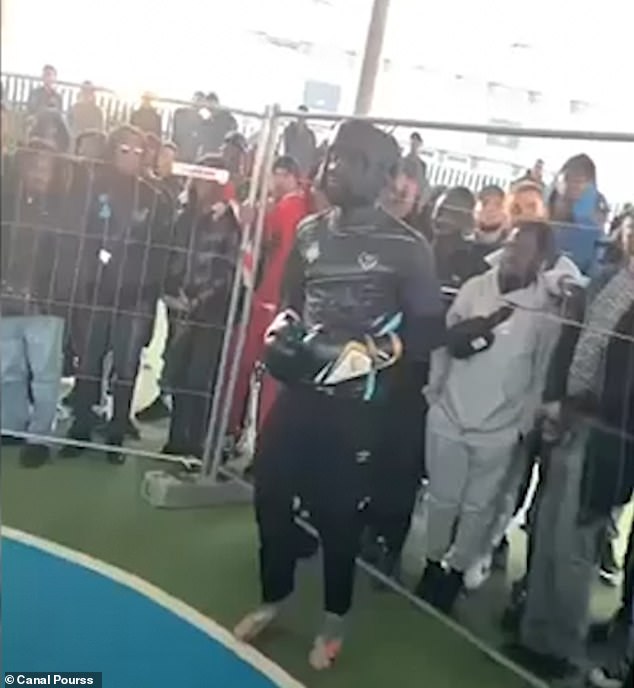 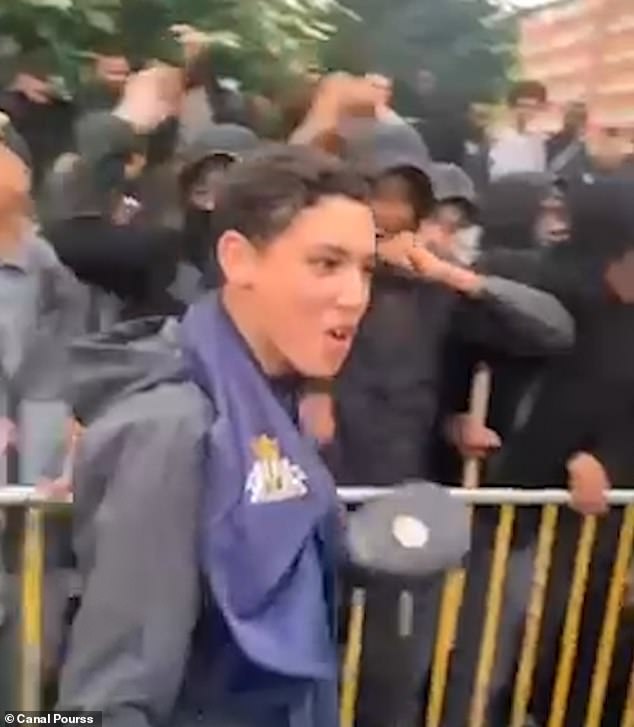 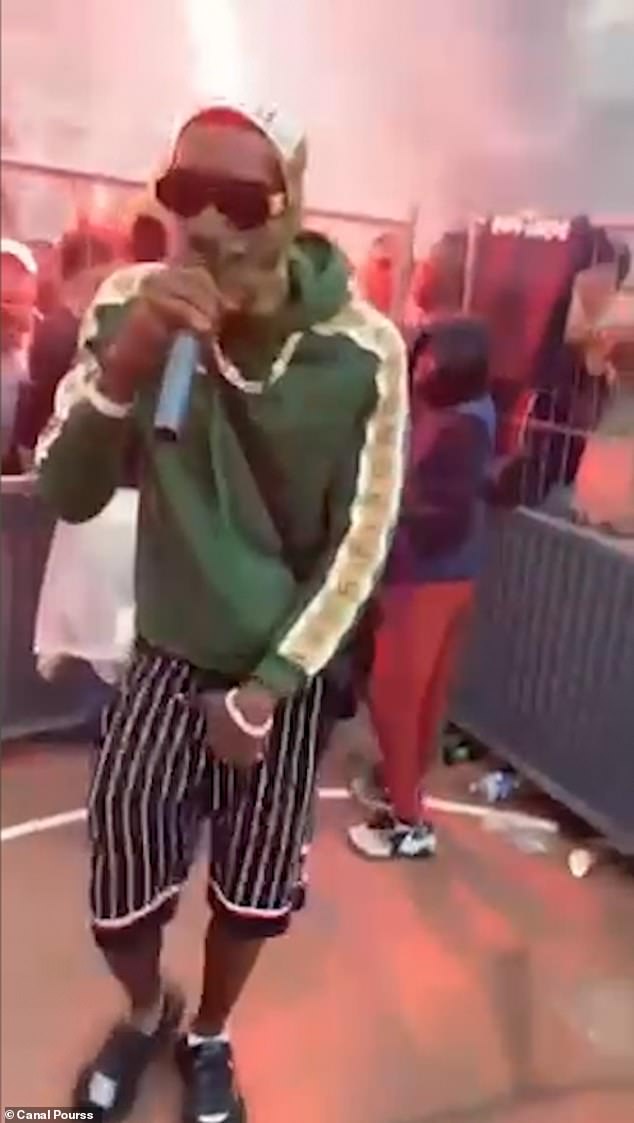 Once a month, hundreds of youngsters from some of Paris’s toughest neighbourhoods gather for a day of fighting.

Eight bouts happen one after the other and are filmed to promote the ‘art of fighting’.

Every fight has three rounds, each a minute long.

The boxers often go by aliases such as Iron Hands and Volcano and trade insults and threats before the fight begins.

However, once the fight begins the hand-to-hand combat is disciplined and overseen by a referee.

The bouts have been running for a year and have grown in popularity.

Malik’s channel has garnered thousands of followers and he hopes to take his idea worldwide.

Although Malik’s street fights are not a wholly peaceful solution to gang violence in Paris, if they weren’t fighting there it is likely the feuds would play out with weapons rather than fists in the suburbs of the French capital.