A class-action lawsuit filed in Kenya is seeking more than $2 billion from Facebook, accusing it of making a profit from content that promotes ethnic and political violence across Africa.

Two Ethiopians have filed the lawsuit against Facebook’s parent company Meta, accusing the company of fueling conflict across Africa, enabling attacks that included the 500,000 Ethiopians killed during the recent Tigray War.

One claimant is the son of university professor Meareg Amare, who was killed weeks after posts on Facebook incited violence and doxed him — leaking his address online in the hopes that others would target him.

The lawsuit alleges that Meta hasn’t hired enough content moderators in its Kenya headquarters, where the lawsuit was filed, and that it acts more slowly to crises in Africa than elsewhere in the world.

Kenyan lawyer Mercy Mutemi (centre) speaks to the media after filing a lawsuit against Meta accusing Facebook’s parent company of fanning violence and hate speech in Africa at Milimani Law Courts in Nairobi, where the company’s Africa HQ is based

The plaintiffs are asking the court to order Meta to take emergency steps to demote violent content, increase moderation staff in Nairobi and create restitution funds of about $2billion for global victims of violence incited on Facebook.

A Facebook spokesman, Ben Walters, told The Associated Press they could not comment on the lawsuit because they haven’t received it.

He shared a general statement: ‘We have strict rules which outline what is and isn’t allowed on Facebook and Instagram.

‘Hate speech and incitement to violence are against these rules and we invest heavily in teams and technology to help us find and remove this content.’ 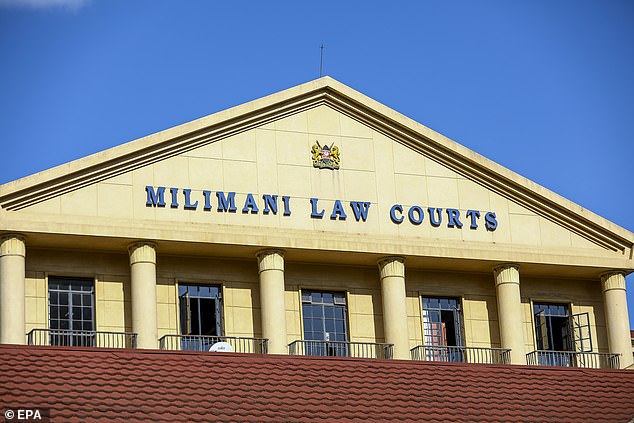 One claimant is the son of university professor Meareg Amare, who was killed weeks after posts on Facebook incited violence and doxed him, with the company filing to remove the content until after his death

Facebook continues to develop its capabilities to catch violating content in Ethiopia’s most widely spoken languages, it said.

The father of Abrham Meareg, one of the Ethiopian researchers, faced ethnic slurs and calls for his death in Facebook posts in October 2021 that revealed where he lived, according to the lawsuit.

It alleges that Abrham reported them Facebook immediately but the company failed to remove them promptly or in some cases at all.

Abrham’s father, an ethnic Tigrayan, was murdered on November 3 2021, according to the lawsuit. Abrham told Reuters he held Meta ‘directly responsible’ for his father’s death. 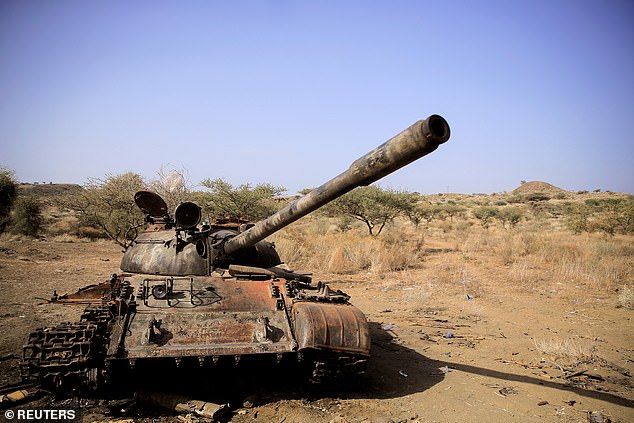 A destroyed tank is seen in a field in the aftermath of fighting between the Ethiopian National Defence Force and the Tigray People’s Liberation Front. Thousands have died and millions have been displaced after the conflict that erupted in 2020 between the federal government and rebellious forces from the northern Tigray region

The case echoes accusations Meta has faced over content on its platforms related to violence elsewhere, including in Myanmar, Sri Lanka, Indonesia and Cambodia. The company has acknowledged being ‘too slow’ to act in Myanmar.

Ethiopia’s two-year Tigray conflict is thought to have killed hundreds of thousands of people. The warring sides signed a peace deal last month.

Thousands have died and millions have been displaced after the conflict that erupted in 2020 between the federal government and rebellious forces from the northern Tigray region.

The two sides agreed in November to a permanent cessation of hostilities.

The AP and more than a dozen other media outlets last year explored how Facebook had failed to quickly and effectively moderate hate speech in cases around the world, including in Ethiopia.

The reports were based on internal documents obtained by whistleblower Frances Haugen.