Iconic Swiss character Heidi appears in in bizarre horror film as a pig-tailed, leather-corseted KILLER seeking bloody revenge against a dairy baron dictator who waterboards his enemies with fondue

When the word ‘cheesy’ is used to describe a film, it is rarely taken as a compliment.

But the makers of Mad Heidi – a crowdfunded horror comedy flick from Switzerland that has proved an unexpected hit with critics – are perfectly happy to accept that label.

Billed as the world’s first ‘Swissploitation’ film ahead of its release in November 2022, Mad Heidi sees a loveable mountain girl from the Swiss Alps embark on a blood-soaked rampage to bring down the country’s cheese baron-cum-fascist dictator.

And the film, which features gratuitous nudity, violence and levels of gore that would make Tarantino blush – seems well on its way to becoming a cult classic. 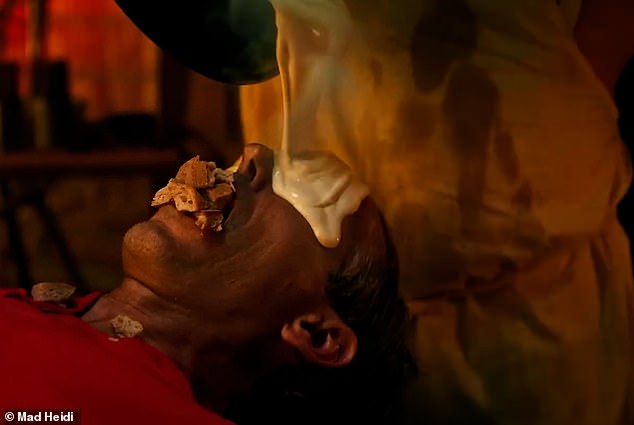 The Nazi-like dictator and his cronies have a few preferred methods to keep the population under their thumb – one of which is fondue waterboarding, complete with a gag made out of crutons 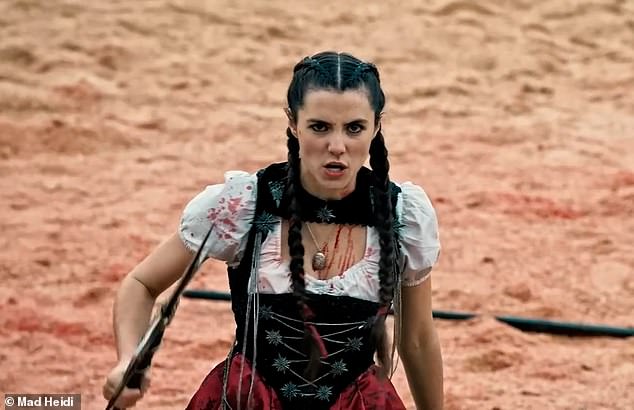 Directors Johannes Hartmann and Sandro Klopfstein knew they would never be able to raise enough money required to make the ridiculous blood fest from traditional sources, so turned to crowdfunding to bring their exploitation flick to life

Mad Heidi is set in a dystopian 20th-century Switzerland languishing under the rule of a fascist cheese magnate on a mission to monopolise the dairy industry and exterminate the lactose intolerant.

After her goat cheese-smuggling hunk is publicly executed right before her eyes, Heidi rapidly undergoes a dramatic transformation from sweet and affable mountain girl to stone-cold killer.

Tying her pigtails back and donning a leather corset, she hoists a battle axe and sets about hunting down the baron and his Nazi-like cronies whose preferred methods for keeping their enemies in check include fondue waterboarding (complete with a gag made of crutons) and death by Toblerone.

The film offers up a veritable smorgasbord of gory murders, unwarranted nudity, and bags of cheese – in both senses of the word – which has delighted fans and critics alike. 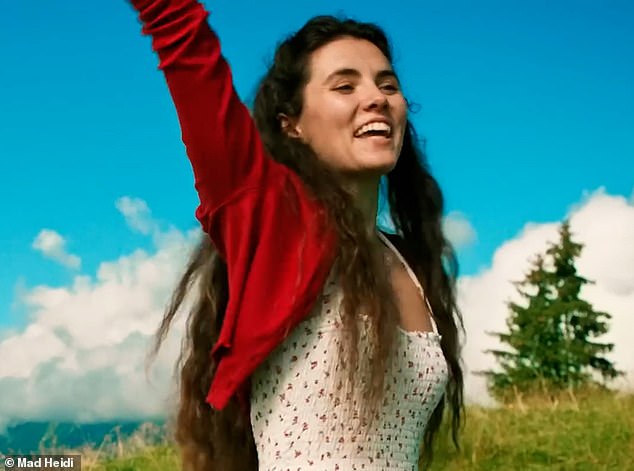 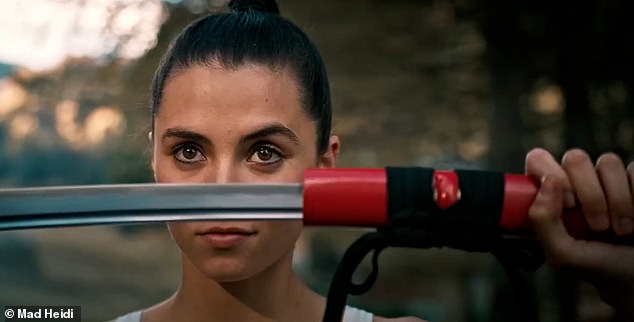 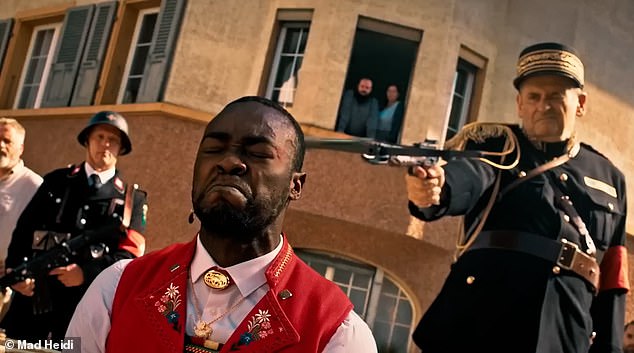 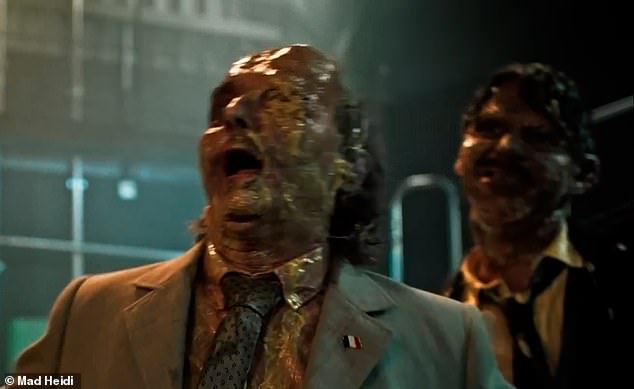 The film has been a hit with critics and fans alike, receiving several awards and honourable mentions at horror and fantasy film festivals

Directors Johannes Hartmann and Sandro Klopfstein knew they would never be able to raise enough money required to make the ridiculous blood fest from traditional sources, so turned to crowdfunding to bring their exploitation flick to life.

Their funding target was 2 million Swiss francs – roughly £1.7 million – and their crowdfunding campaign was launched in September 2020.

Just half a year later the filmmakers had reached their mark thanks to 538 investors from 19 countries who donated the funds via the blockchain – the technology supporting bitcoin and other cryptocurrencies.

And by distributing Mad Heidi directly via their website, where viewers can rent the film for streaming, those who donated will receive a decent share of the profits because there is no middle-man, sales teams or distribution agencies to compensate. 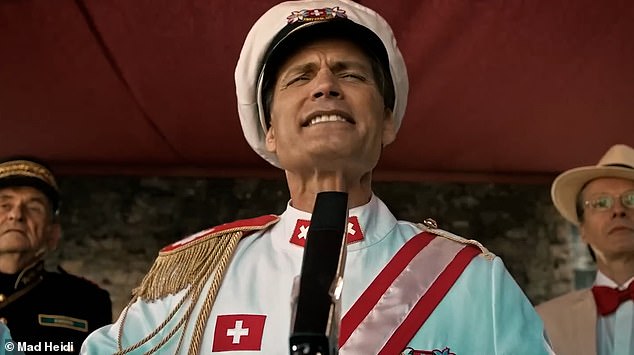 Producer Valentin Greutert told Swissinfo.ch of the relationship between the producers and the investors.

‘They loved this ride with us. Since the very beginning of the project, the production team created a remarkable social media community… the fans even helped the creators find shooting locations and costumes. They were happy to be a part of this special journey.’

‘Climate change, the war, Covid pandemic: in these depressing times, silliness can save the world,’ he said.

Given the film’s slew of awards scooped at the likes of Brussels International Fantastic Film Festival, Vancouver’s Horror Show and the Trieste Science+Fiction festival, it would seem Greutert has a point.