Morocco goalkeeper Yassine Bounou DISAPPEARS after being named in line-up for Belgium clash and singing the national anthem… as the BBC take 38 MINUTES to notice he had been replaced by Munir Mohamedi due to an eye issue!

World Cup confusion was rife during Belgium’s clash with Morocco on Sunday as goalkeeper Yassine Bounou disappeared just moments before kick-off in Qatar.

The African nation were hoping to wrap up their first win of the World Cup with Bounou between the sticks having played out a 0-0 draw with Croatia last time out.

The 31-year-old LaLiga goalkeeper is first-choice for Morocco and while he appeared on the pitch for the national anthem, he was nowhere to be seen come kick-off, with his replacement Munir Mohamedi instead making a rare start between the sticks.

Bounou was named in the starting line-up and warmed up with his team-mates on the pitch but was mysteriously replaced in the line-up.

Reserve goalkeeper Mohamedi was given just moments to prepare himself against Belgium, with his sudden appearance catching out BBC commentators, who hadn’t realised the change prior to proceedings getting underway inside the Al Thumama stadium. 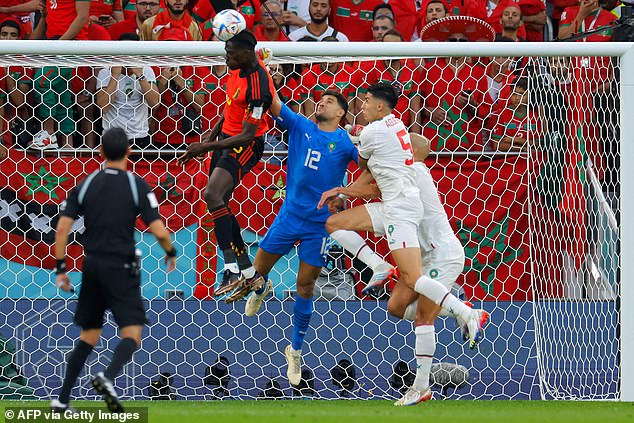 No one in the BBC’s commentary team had picked up on the sudden change due to it being made moments before kick-off, meaning that the fourth official didn’t use his board to show there had been a swap.

Match commentator Guy Mowbray was left red-faced following the debacle as he issued an on-air apology for the mistake before the teams broke for half-time.

The BBC veteran said: ‘One thing I should have noticed earlier on, I apologise for, is a change in goal for Morocco at the start. Remember at the start when we saw the goalkeeper running on? Having seen his number, it’s number 12, El Kajoui, in goal. Munir El Kajoui. 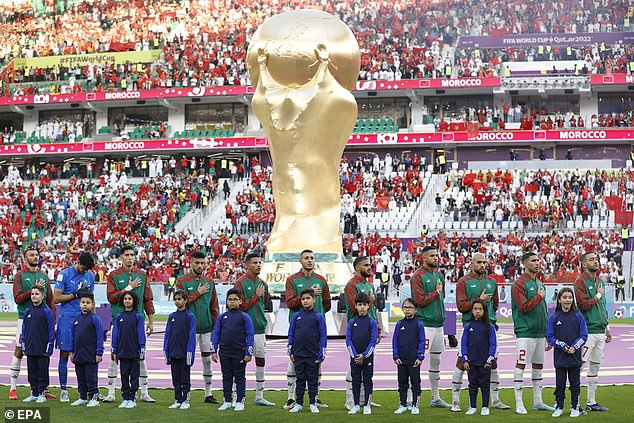 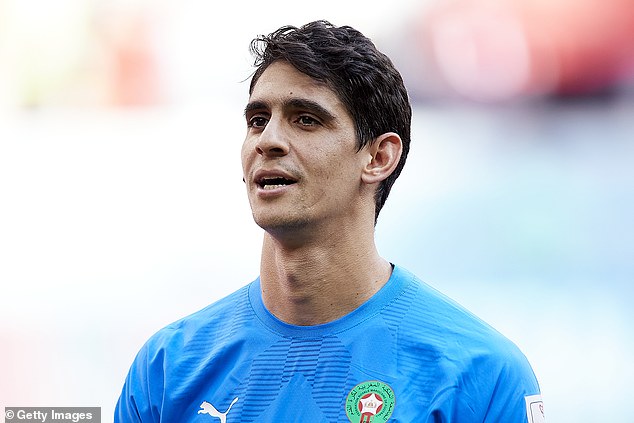 ‘I can see his number now. Looks similar to Bounou to me. We’re trying to find out what happened to him.

‘Think he might have been taken ill just before the match and that’s why there was that little delay when we were waiting for the Morocco team photo and then the shaking hands with Eden Hazard. He’s keeping a clean sheet. Mine is ruined in every sense.’

They eventually realised they had been naming the wrong goalkeeper 38 minutes into the match that saw Belgium stunned by Morocco in a 2-0 defeat.

It was then revealed at half-time that the last-minute change had been made after Sevilla goalkeeper Bounou made it aware to head coach Walid Regragui that he had an issue with his eyes. 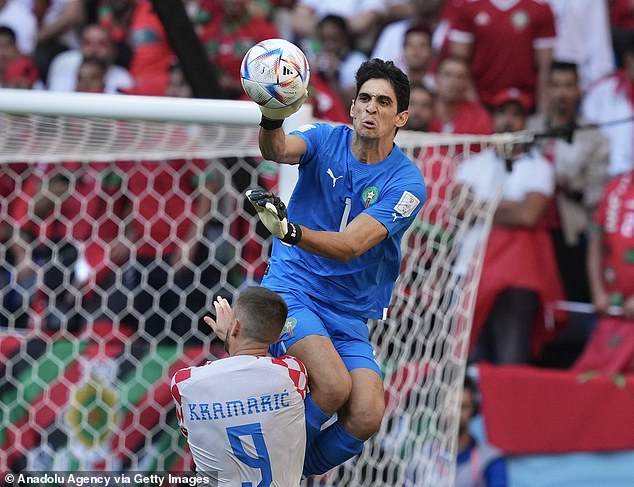 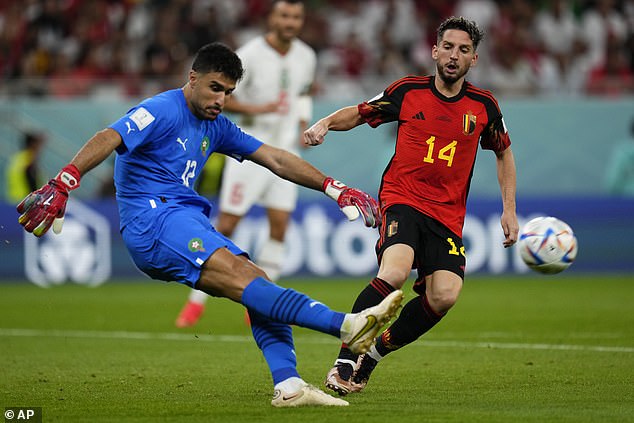 Bassou disappearance is one of the strangest moments of the World Cup so far as social media joked that the experienced goalkeeper had been injured singing the national anthem.