In an address on Sunday, Pope Francis added to growing rumours he might abdicate from the position with a sermon on the ‘virtue of stepping aside at the right time’.

Pope Francis previously stated he would step down from the role if his health deteriorated but has dismissed general speculation, otherwise fuelled by apparent conflict within the church.

During the Sunday Angelus, a Catholic prayer the Pope often leads on Sundays and holy days, the Pontiff said: ‘It is easy to become attached to roles and positions, to the need to be esteemed, recognised and rewarded.’

He continued: ‘It is good for us too to cultivate, like [Saint] John [the Baptist], the virtue of setting ourselves aside at the right moment, bearing witness that the point of reference of life is Jesus.

‘To step aside, to learn to take one’s leave: I have completed this mission, I have had this meeting, I will step aside and leave room to the Lord. To learn to step aside, not to take something for ourselves in recompense.’ 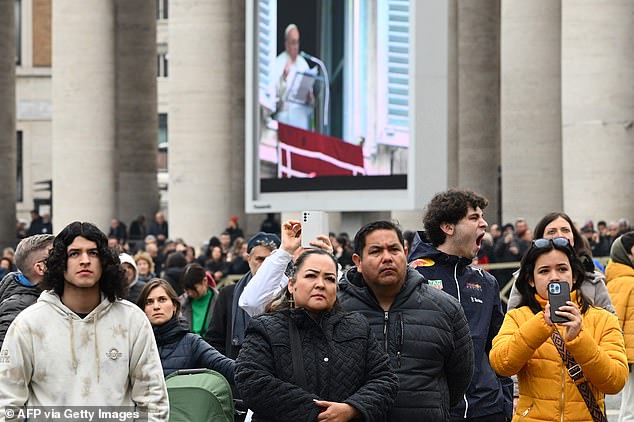 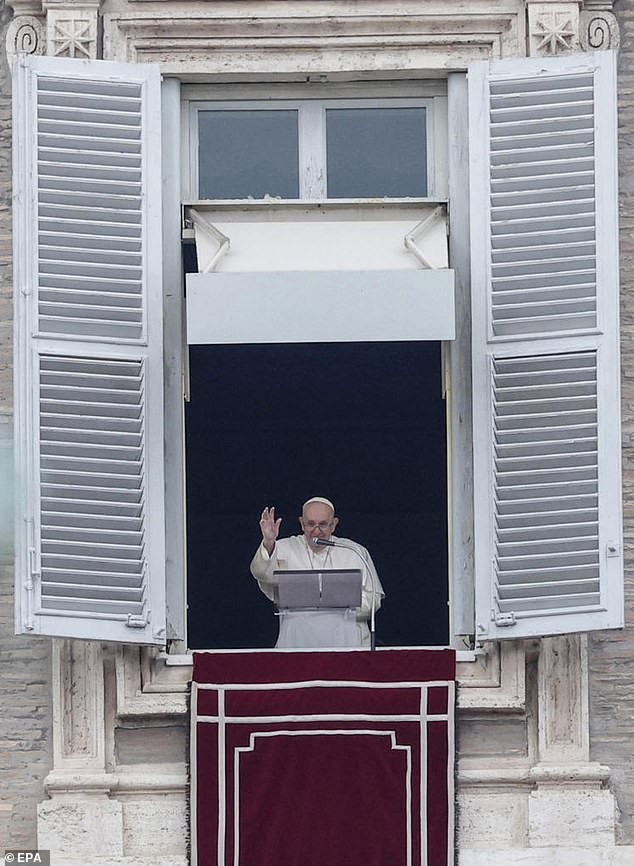 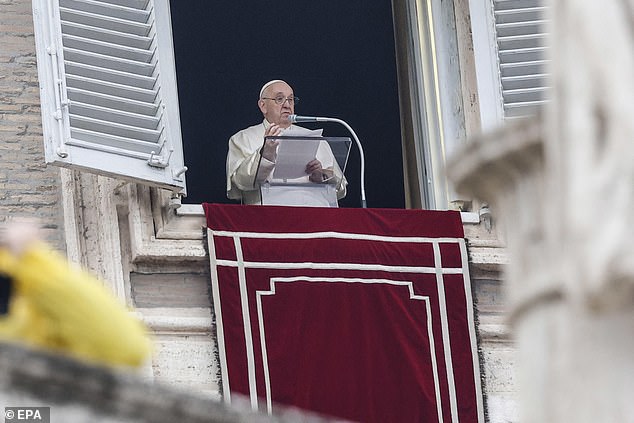 The Sunday Angelus is a regular prayer led by the Pope, who first gives a reflection on the Gospel of the Sunday and then leads the faithful in prayer from the window of his study overlooking Saint Peter’s Square.

Pressure has been mounting against the current Pope from conservative factions of the church, who see Pope Francis as more liberal than his predecessor.

The Telegraph reported last week it was unlikely Pope Francis would step down while Pope Benedict XVI was alive.

This was to avoid an unprecedented situation where three Popes were living in the Vatican at one time. 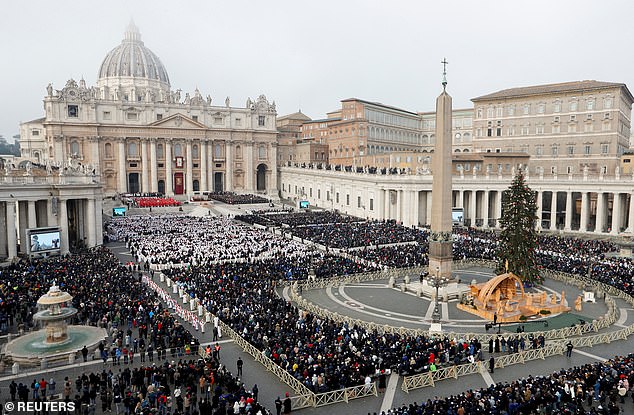 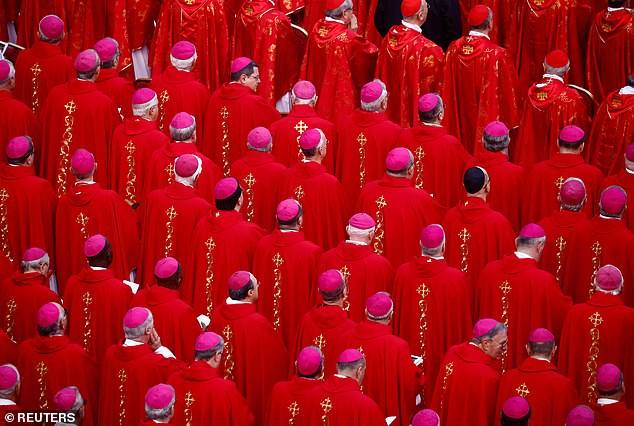 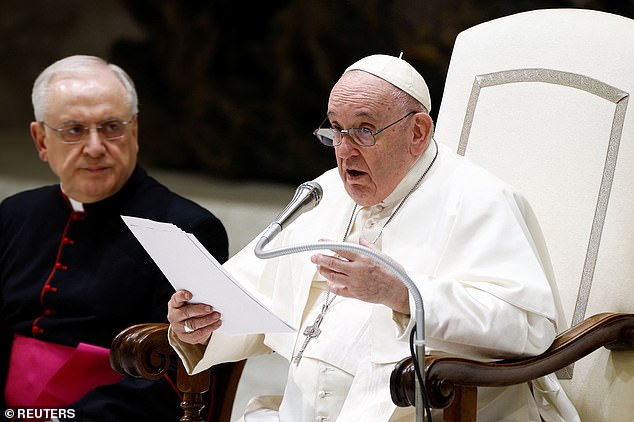 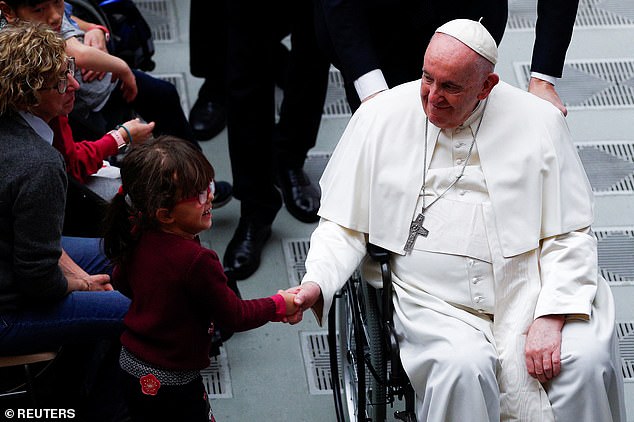 Five popes have ‘verifiably’ renounced the position through history, with others disputed.

The most recent was Benedict XVI, who resigned in 2013 and said he was motivated by his declining health due to old age.

Pope Benedict XVI was the first pope to renounce the position in 598 years, since Gregory XII resigned to end the Western Schism in the Catholic church.

Contemporary popes are generally expected to hold the position until their death.

The new precedent has flared rumours that Pope Francis may too at some point renounce the position.

In December, the current Pope revealed he had already signed a resignation letter years ago to take effect should be become ‘impaired’ by health issues or an accident.

Further speculation grew last year after the Pontiff visited the Italian city of L’Aquila, associated with Pope Celestine V who resigned in 1294 and only since visited by Pope Benedict XVI, who resigned in 2013.