‘You should be exemplary and not marry your teacher!’: French president Emmanuel Macron laughs off ribbing from autistic journalists about his wife Brigitte

By Jamie Phillips For Mailonline

Emmanuel Macron has laughed off a ribbing from autistic journalists about his wife Brigitte.

The French president, 45, first met his wife Brigitte, 69, when she was teaching literature to the then 15-year-old at his La Providence High School.

He was questioned about their romance during a sitting with autistic interviewers from Le Papotin, an outlet founded in 1990 at a Paris day care centre for young people living with autism.

Embarrassed by one of the questions written down on a card, the interviewer on stage handed Macron the note to read it aloud himself. 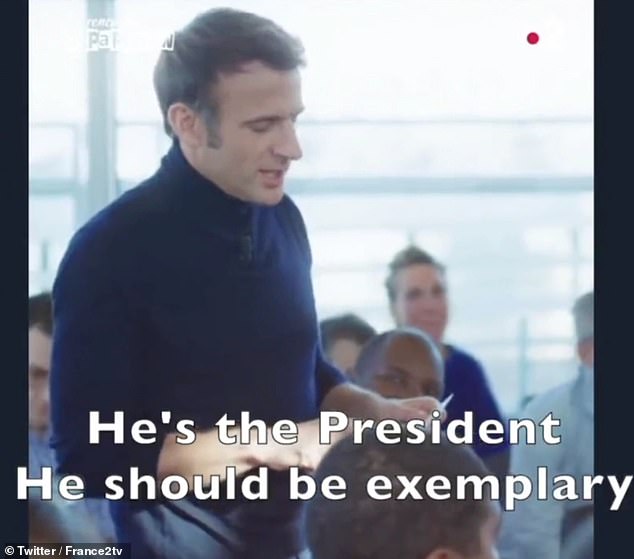 Reading the card to the group of journalists, Macron says aloud that the president should be setting an example and not marrying his teacher

Posing the question to himself, the president said: ‘He is the president. You should be exemplary and not marry your teacher.’

The question was met with laughter among the interviewers, described by the outlet as ‘atypical journalists’ and renowned for asking such daring questions.

In response, Macron said: ‘You don’t choose who you fall in love with. She wasn’t really my teacher, she taught me theatre. That doesn’t count.’

His response to the question was met with chuckles, with one journalist sat nearby pointing towards the president and jokingly saying: ‘That was a smart-a**e answer.’ 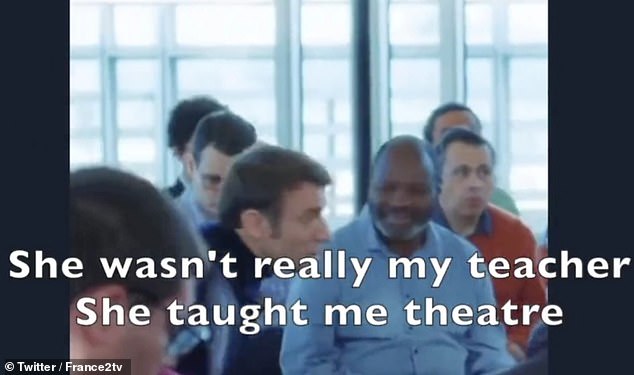 The question is met with laughter, before Macron goes on to explain that ‘you don’t choose who you fall in love with’ 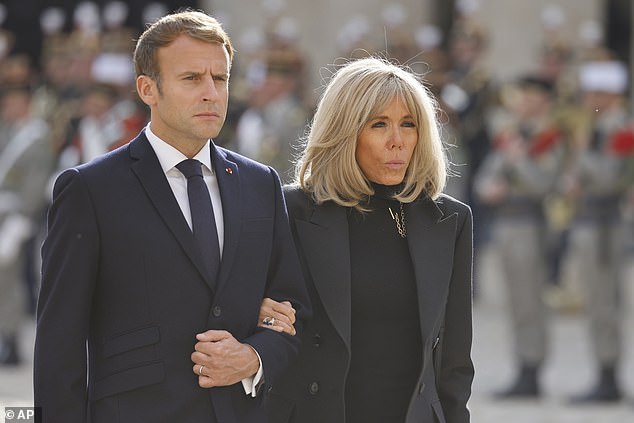 ‘It is not like she was my maths teacher.’

Looking towards the journalist, he jokes: ‘I’m trying to negotiate.’

During the sit-down, Macron was also asked if he ‘has a lot of dough’, to which the the president said he now earns less than in his former role as a banker.

And on friendships in the premier role, he added: ‘It’s not the best job to have lots of friends.’

Thanking the journalists at the end of the interview, he went on: ‘Your questions took me onto grounds where I’d not been in other interviews, with other journalists.’