Russia will retreat from the city of Kherson in the most-humiliating loss yet for Putin’s military, its top commander has announced.

General Sergei Surovikin, who is leading the war, said the city is now impossible to defend and that troops will withdraw across the Dnipro River ‘in the near future’ to defend the other bank. Defence Minister Sergei Shoigu has agreed to the plan

Witnesses say Putin’s men have already abandoned key checkpoints around the city and have destroyed bridges in an apparent effort to stop Ukrainian soldiers pursuing and capturing them.

Giving up Kerson – the capital of a region Putin annexed to Russia just weeks ago, his only toe-hold west of the Dnipro River, and a key checkpoint on the road to Crimea – is the most-humiliating loss his military has yet suffered. Russia captured Kherson back in March (pictured) and Putin annexed the region just a few weeks ago, vowing it would be ‘forever’ Russian

Ukraine has been attacking towards Kherson since early August, and recently broke through Russian defensive lines to the north of the city.

But it has been hard to track the progress of the assault ever since, as Ukraine has imposed a news blackout on the region.

Last week, Western officials briefed that Russia appeared to be in the final stages of preparing for a retreat which was being disguised as a civilian evacuation.

They said ‘reinforcements’ being moved to the area were actually conscripts covering the backs of regular troops as they withdrew.

The officials said Russia’s commanders had concluded the city was ‘not worth defending’ and would try to out-last the winter by building a strong defensive line over the other side of the river.

However, the waters have been muddied by briefings from Kyiv that Russia is actually trying to lure its forces into a trap. 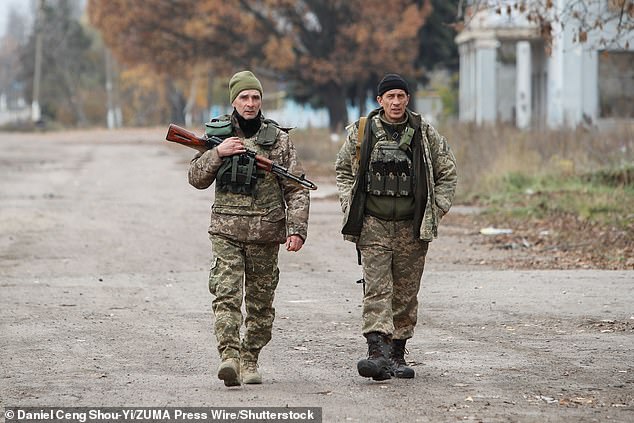 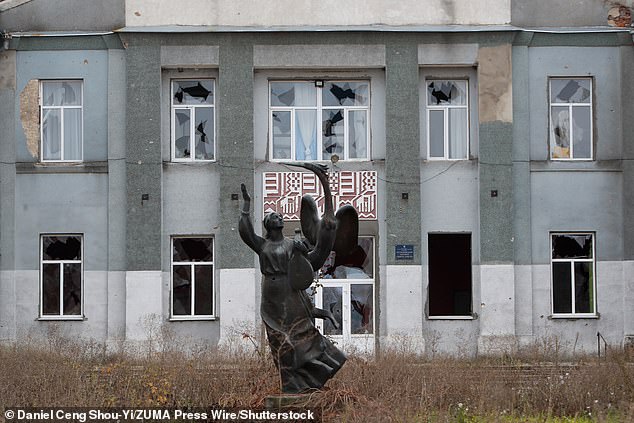 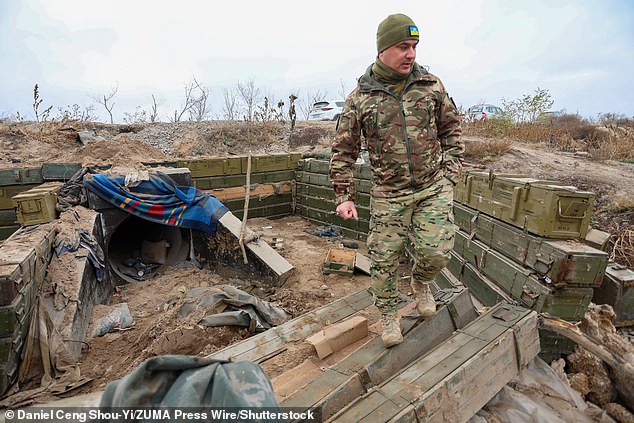 On Monday, Ukraine’s generals staff said Russian troops were disguising themselves as civilians and hiding in homes in preparation for urban combat.

They added that defences had been beefed up and Putin’s men looked set to fight for the city.

The news came just hours after Russia announced that Kirill Stremousov, the deputy leader of Putin’s puppet government in the region, had died in a ‘car accident’.

The 45-year-old was a driving force in organising and supporting the referendum on Kherson’s illegal annexation by Russia.

Recently, he had evacuated civilians from the west bank in Kherson as Ukrainian forces advanced towards the Dnipro River.

Stremousov, who was appointed two months after the invasion of Ukraine, was wanted in Kyiv for treason.

A Ukrainian legislator reacted to the death of Stremousov, calling him ‘a traitor.’

Others speculated that his death had been staged in order to get him out of the city to avoid reprisals by advancing Ukrainian troops. 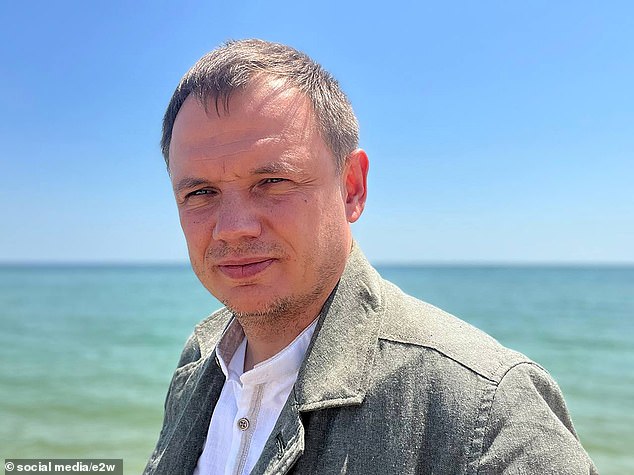 The ‘deputy head’, pictured, said that Kherson could not and would not be handed back to Ukrainians