By Dale Fox For Mailonline and Afp

Russian lawmakers unanimously approved a bill banning all forms of LGBTQ ‘propaganda’ in a final reading Thursday, as President Vladimir Putin seeks to promote his country as the antithesis of Western liberal values.

Russia already has a law banning so-called ‘gay propaganda’ for minors, and the new bill would broaden it to include adults and effectively ban any public mention of gay relationships.

Rights activists say the new legislation ramps up the crackdown on LGBTQ relationships in Russia, affecting everything from books and films to social media posts and even drag shows. 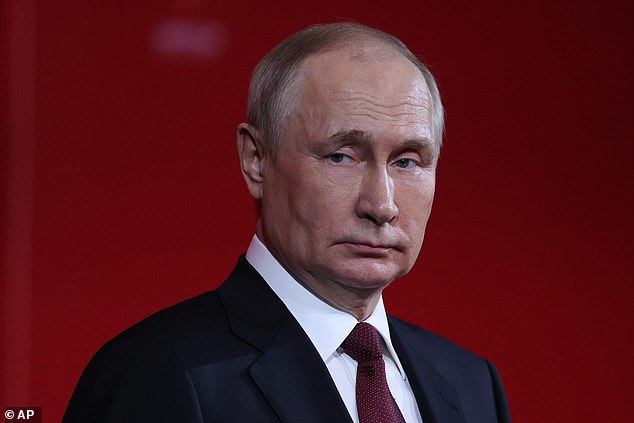 Russian President Vladimir Putin (pictured on Nov. 9, 2022) is seeking to promote his country as the antithesis of Western liberal values

The legislation will need to backed by the upper house and Putin before becoming a law, steps seen as a formality.

Amid raging tensions with the world’s top democracies as the Kremlin pushes its offensive in Ukraine, Putin has been promoting increasingly conservative values to rally his core constituency.

‘Any propaganda of non-traditional sexual relations will have consequences,’ Vyacheslav Volodin, the speaker of Russia’s lower house of parliament, the State Duma, said on Telegram.

The legislation, he said, ‘will protect our children and the future of country from the darkness spread by the US and European states.’

‘We have our own traditions and values,’ he added.

The bill also prohibits the ‘propaganda of paedophilia and sex change.’

The legislation bans what authorities deem as LGBTQ ‘propaganda’ in advertisement, books, media and cinema. 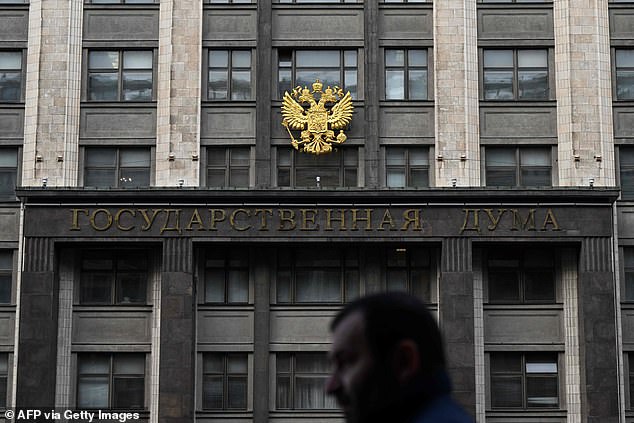 A man passes by the State Duma building, the lower chamber of Russia’s parliament, in central Moscow on October 27, 2022

The Duma said websites that contain prohibited information will be blocked.

Russian film production companies and book publishers have expressed concern over the bill, saying it could result in the ban of some Russian classics, such as Vladimir Nabokov’s Lolita.

‘Films that promote such relationships will not receive a distribution certificate,’ the Duma said.

LGBTQ rights groups have called on Russia not to adopt the measure, saying it will ban any public mention of sexual minorities.

Examples of censorship of LGBT-related content can already be found in Russia, with Disney allegedly cutting the content of its movies to suit the nation’s laws.