A new inferno at a Russian shopping mall today has raised suspicions of coordinated sabotage attacks.

StroyPark Mall in Balashikha, to the east of Moscow, was filmed in flames early Monday as thick black smoke streamed into the sky.

It comes after another fire at the Mega shopping centre in Khimki, also near Moscow and 30 miles from Balashikha, caused explosions which killed one person.

StroyPark Mall in Balashikha, to the east of Moscow, caught fire early Monday after the blaze began at a store selling construction supplies 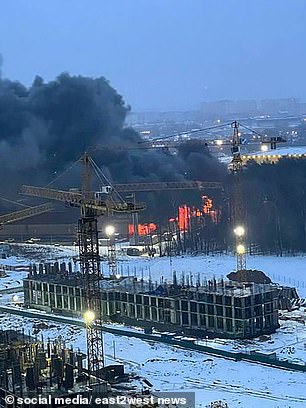 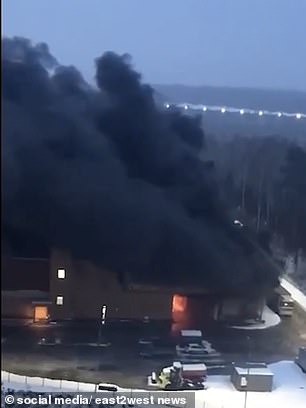 The fire was thought to have spread to 230,000 square feet by the time the sun came up over Moscow on Monday morning

One Telegram channel asked: ‘Fires at Russian shopping centres seem to be breaking out really often these days. Are these sabotage…or?’

Ministers did not say how the materials had caught light.

The first last week was also focused around a construction store, with canisters of gas thought to be behind the blasts.

Building material caught fire for unexplained reasons, according to the Russian emergencies’ ministry.

Other recent fires have hit the Mikoyanovsky meat factory, in Moscow, and the Pushkin national art gallery in the centre of the Russian capital. 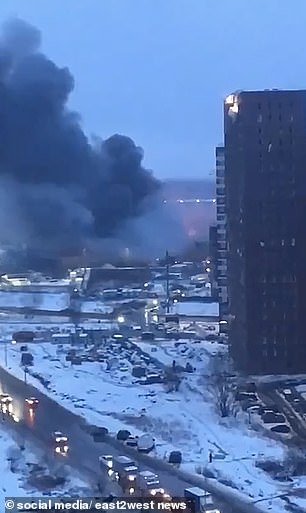 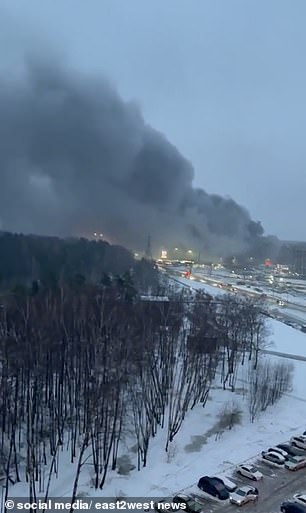 The StroyPark Mall blaze is the second in just three days after the Mega shopping centre in Khimki, around 30 miles away, burned down last week 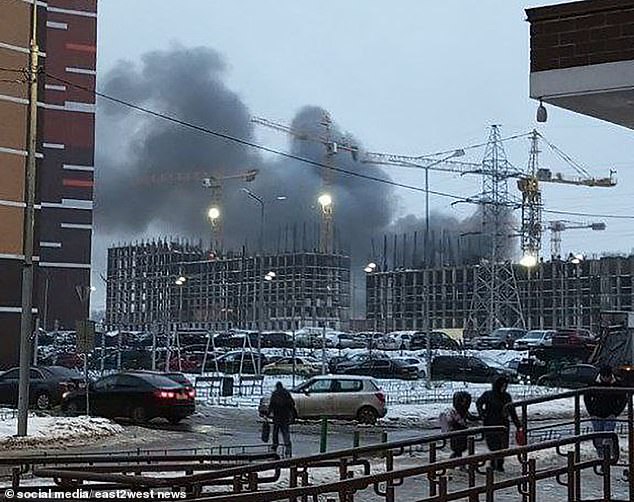 Questions are now being raised about sabotage attacks, after a number of other fires took place at sites linked with the Russian military

Bne IntelliNews had already said the spate of Moscow fires was ‘raising suspicions of arson attacks by Ukrainian saboteurs’.

The fires come as Vladimir Putin wages war in Ukraine, with Kyiv in recent days hitting back with drone attacks deep inside Russia.

There is, however, no suggestion these fires are the result of aerial attacks, but there is a suspicion that sabotage may be behind some of them.

Some observers have disputed the official version that the Khimki fire was the result of a welding accident.

They pointed to reports of a giant explosion, followed by the intense fire. 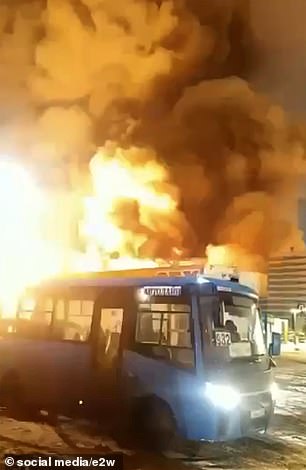 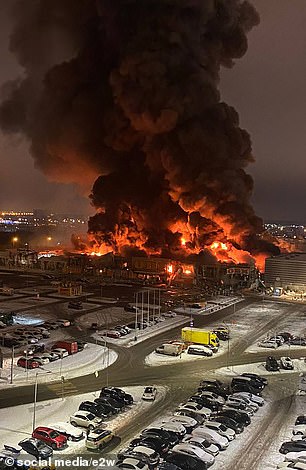 The Mega shopping centre in Khimki, also near Moscow, burned down last week with explosions – thought to be caused by gas cylinders – killing one person 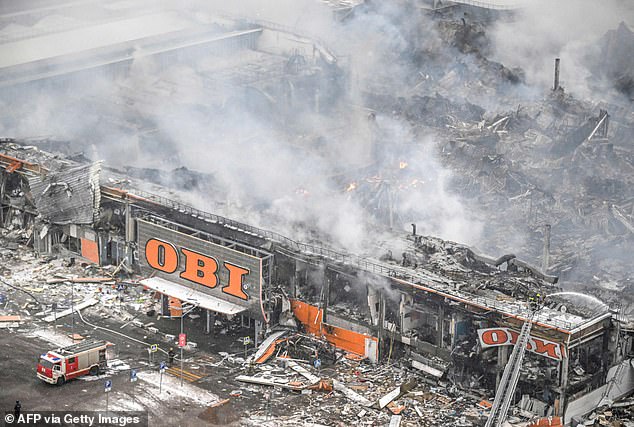